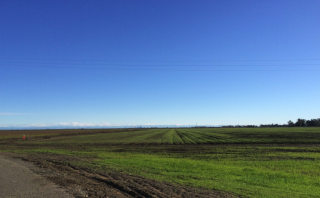 I think most Davisites know that measure letters get reused, so that a Measure A of today might be different from a Measure A of yesterday. But in this June's election, things get very confusing – the successful Measure J of 2000 is what permits Davisites to vote "no" (or "yes) on the Measure J of today. Hunh?

Here's an attempt to clarify the situation.

Measure J 2000: In 2000, more than 53% of Davis voters voted to give themselves the right to approve (among other things) any changes of a land use designation from an agricultural or urban reserve designation to an urban designation, for properties on the general plan land use map. The ordinance also specifically states that voter approval is required for any proposal for development on the Nishi property (and Covell Center).

Measure R 2010: In 2010, more than 76% of voters voted to renew Measure J 2000 for another 10 years. So, in less than two years, in 2020, Measure J/R (as it is commonly known) will be up for renewal again. (You might wish to find out how various City Council candidates stand on this renewal, since some apparently are not in favor of it or not in favor of it in its current form; see stories here and here).

Measure J 2018: This June, voters have the opportunity to approve or disapprove of a development project on the Nishi property. And the reason that they have that right is because of Measure J 2000 (renewed as Measure R).

Considering the City is putting things on the ballot for June, it would seem to be easy enough to have avoided this situation. I have to wonder why they did not.