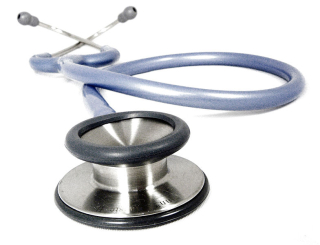 Let’s Implement the Human Right to Health in Davis!

Recently, Roberta Millstein’s “Nishi 2.0 is an environmental injustice” article in the Davis Enterprise emphasized once again the problems of air quality at the Nishi site, and reminded us of the EPA definition of environmental justice - “the fair treatment and meaningful involvement of all people regardless of race, color, national origin or income, with respect to the development, implementation and enforcement of environmental laws, regulations and policies.”

It’s worth noting that the EPA began operation in late December 1970, right after the first Earth Day, April 22, 1970. Clearly, their definition embraces the Human Right to Health set forth in the United Nation foundational 1948 Universal Declaration of Human Rights that states: “The enjoyment of the highest attainable standard of health is one of the fundamental rights of every human being without distinction of race, religion, political belief, economic or social condition.”  In this country, the National Economic & Social Rights Initiative (nesri.org) and the US Human Rights Network (ushrnetwork.org) also work to implement the Human Right to Health.

Furthermore, the UN 2030 Agenda for Sustainable Development includes the goal that all countries “respect and protect the human right to health – in their laws, their health policies and programmes….”

How do we implement the Human Right to Health?

First, The Diagnosis: The City Council, our elected representatives, did not require the Nishi 2.0 developers to perform essential measurements at the Nishi site itself for a scientifically significant duration to determine air quality.  Rather, they accepted a preliminary off-site study limited to10 days, even though three years ago air quality experts urged the developers to perform the additional, inexpensive measurements at the Nishi site. Even, so the City’s Environmental Impact Report shows “significant and unavoidable” health risks.

We would not be debating air quality, appropriateness of student or non-student housing, and effectiveness of mitigations measures at Nishi, if the Council had first required the developer to do these measurements.

Next, The Remedy:  Pass a “Health in All” Policy.  In light of the City Council’s inaction or reluctance, for whatever reason, to have the necessary, on-site studies done before a new proposal was submitted to the City - it’s time, now, for the Davis community to mobilize to assert our right to environmental justice and the human right to health.

There is a State of California Health in All Policies initiative that emphases a collaborative approach at state and local levels to incorporate health considerations into decision-making across sectors and policy areas – including city planning, development, and building, recognizing chronic illness as one of the great challenges in public health.

Let’s familiarize ourselves with this initiative and work to implement it in Davis
before we are faced with another situation of environmental and health injustice
as we do now with Nishi 2.0 on the June 5 ballot.

Read The Health in All Policies: A Guide for State and Local Government at: www.phi.org/resources/?resource=hiapguide