The real costs of Nishi for taxpayers; misleading overstatements on ballot arguments in favor of Nishi 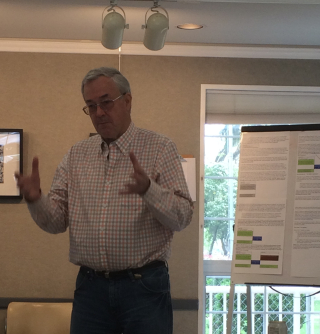 In the 2015-16 deliberations about the Nishi 2016 proposal, the City’s economic consultant EPS presented to the Finance and Budget Commission (FBC) its initial model of costs and revenues, which showed a $78,000 deficit fiscal impact for the City in the first year of full buildout, which later grew to $106,000 after correction of a math error in the model.  The FBC rightly noted that $106,000 annual deficit would come out of the pockets of Davis taxpayers.

In the robust discussion that ensued, some of the FBC members argued that the discussion should include a “cash accounting” approach in addition to the “full life-cycle accounting” approach EPS was using in their model.  The explanation was that many of the expenses included in the EPS model had already been “pre-spent” by the City and would not have to be immediately re-spent. FBC member Dan Carson calculated an estimated amount of $734,000 per year (out of an estimated total expense budget of $1,532,000), which was a 48% reduction.

EPS went back and conducted follow-up interviews with both the Police Chief and Fire Chief, the two departments with the most impact in Dan Carson’s calculations.  Based on those interviews and other factors, EPS strongly objected to the “cash accounting” approach and stood behind their original deficit projection.

In the FBC deliberation that followed, which included EPS, Dave Freudenberger of Goodwin Consultants, and Andy Plescia, resulted in EPS and the Nishi developers accepting the addition of three annual "taxes/fees" specifically, $181,000 to cover Parks and Open Space responsibilities, $356,000 as a Community Services District, and $93,000 as a "make whole provision" to offset any future lost property taxes due to non-profit occupancy of portions of the Nishi commercial facilities.

EPS/Goodwin/Plescia argued that The Cannery had set a precedent by agreeing to a 1.6% "Total Effective Tax Rate" (ETR) through the addition of an aggregate of 0.6% of special taxes over and above the base 1.0% per dollar of assessed valuation.  EPS/Goodwin/Plescia and the developer were "comfortable" with taxing Nishi 2016 at that same 1.6% ETR level, and they believed the proposed $630,000 aggregate amount of the three additional annual "taxes/fees" achieved that 1.6% ETR level.  As a result, EPS' $106,000 deficit became a $524,000 surplus. The FBC rightly noted that $524,000 annual surplus meant no money would come out of the pockets of Davis taxpayers.

Continuing his efforts to have the more optimistic/favorable assessment adopted, Dan Carson wrote the following motion for an FBC recommendation to Council, "The Commission also finds that the Nishi Gateway project could achieve a significant direct net fiscal benefit to the city that, in the long term at full build-out, could reach $1.4 million annually."  In response EPS continued to state its strenuous objection to any amount higher than $524,000, and staff sent a balanced transparent message to Council in its February 16, 2016 Staff Report to Council which read as follows:

That the Nishi project is a net fiscal positive for the City of Davis. The Commissioners did not agree on the amount of benefit the City would receive. The final motion to conclude $1,400,000 of annual benefit passed on a 5-1-1 vote; dissenters agreed that the benefits would be positive, but suggested numbers in the $500,000 range.

That Staff Report was balanced and transparent because it provided Council with the tools to address both immediate cash impact on the City Budget, as well as the end-of-useful-life capital costs (maintenance and/or replacement) that come due when the pre-spending has been exhausted. It also identified the $900,000 per year the City needed to “save” in order to have the necessary money set aside to do the capital infrastructure repairs/replacement when they came due at the end of useful life.

When we fast-forward to the current Nishi proposal, we find that the fiscal impact of Nishi 2018 (A) has been conducted without the benefit of the EPS/Goodwin/Plescia team, (B) has included a substantial/increased level of advocacy for the “cash accounting approach” from Dan Carson, and (C) a strong effort to marginalize/eliminate any consideration or reporting of “full life-cycle accounting.”

The graphic also shows that the “Cash Accounting” annual surplus in Nishi 2016 has plunged 90% from $1.4 million down to only $143,843.  FBC’s report to Council stated, “Annual ongoing revenues and costs for the city from the project would be modestly net positive over time,” but unlike 2016 made no mention of the fiscal impact of the impact of “full life-cycle accounting” as EPS had done in 2016.

I believe that FBC Report to Council is neither balanced nor transparent because it does not provide either the Council or the citizens with the tools to address both immediate cash impact on the City Budget, as well as the end-of-useful-life capital costs (maintenance and/or replacement) that come due when the pre-spending has been exhausted. It does not identify the $900,000 per year the City needed to “save” in order to have the necessary money set aside to do the capital infrastructure repairs/replacement when they came due at the end of useful life.  When you add that $900,000 per year capital infrastructure savings amount to the $143,863 surplus, the bottom-line of a “full life-cycle accounting” is a $750,000 annual deficit which will have to come out of the pockets of Davis taxpayers.

The beat goes on – The Ballot Arguments

When the “Yes on Measure J” ballot arguments were submitted the “numbers games” regarding Nishi 2018 added a new chapter.  The authors of the Ballot Argument apparently don’t know/understand the City’s own numbers, because the ballot argument makes the following two statements:

This project will generate a one-time benefit of over $11 million in revenue for the City of Davis. Money that can be used for parks, roads and other city needs. Davis Unified School District will see an additional $2 million in one-time funding. The City also estimates almost $2.5 million in additional property taxes every year.

The $2.5 million of additional Property Taxes to the City argument ignores the City’s 15-year financial model for Nishi presented to the FBC, which shows annual Property Tax revenues that range from a low of $187,451 to a high of $228,502. That is more than 10-times lower than the $2.5 million that is being claimed in the Argument in Favor of Measure J.  The City’s model can be accessed here.

The Ballot Argument authors have made no effort to acknowledge, explain or correct the misleading overstatements, despite having been made aware of them.  Perhaps they don’t care whether they are misleading the public.

Option Two -- given the lack of balance and transparency of the Nishi 2018 fiscal analysis when compared to the Nishi 2016 fiscal analysis, coupled with the clear problems with the ballot statement, anyone who believes in honesty can cast an honest “No” vote on Measure J.

Thank you, Mr. Williams, for this analysis. I appreciate the effort you made to specify the models used and to help your audience understand that this development, like so many others, pencils out to a net COST to the taxpayers in the City of Davis. I hope the City will take this report seriously and publicly amend the misrepresentation of the fiscal impact of the Nishi development.

Thank you Matt, we need all the info, transparency and honest assessment we can get. Thanks for the explanation.