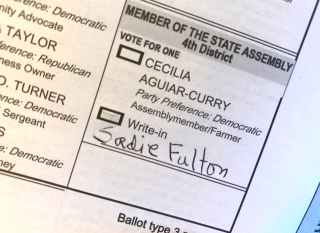 With the California open primary, all voters are eligible to write-in Fulton, other certified write-in candidates, or vote for Aguiar-Curry.

Aguiar-Curry was first elected to California Assembly District 4 in fall of 2016 after facing primary challenges from Davisites County Supervisor Don Saylor and then Mayor Dan Wolk in the June 2016 primary. District 4 includes most of yolo county including Davis, Dixon, Winters, Woodland, and other towns. It also stretches east to Napa, Calistoga, Rohnert Park, and St. Helena. In the north it includes Clear Lake, Williams, and Hidden Valley Lake.

During her first Assembly campaign Aguiar-Curry received extensive criticism from Mayor Wolk for the $435,000 spent on the campaign by a coalition lead by Chevron. Wolk pointed to Aguiar-Curry’s position on fracking as why the oil giant would support her.

Fulton serves as the chair of the Yolo County Green Party and has a background in labor organizing and volunteered in the Calais refugee camp. 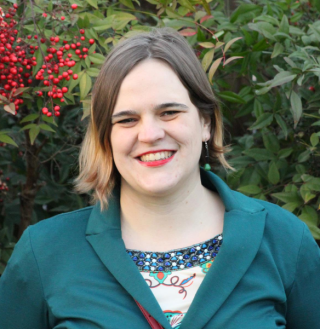 Fulton lists Protecting our forests and natural treasures,  support for Measure C in Napa County, supporting farmworkers and small farms, and standing up to Monsanto and agricultural giants as key issues in the coming election.

Fulton has endorsed Dean Johansson for DA in Yolo County. And states that she wants to “End the school-to-prison pipeline, tackle racism in law enforcement, prioritize rehabilitation over punishment.”

On human rights issues Fulton has declared support for sanctuary status for California.  And has further advocated for a pathway to citizenship.

In economic areas Fulton advocates for “a Green New Deal - investment in green energy, transition away from oil and fossil fuel dependency.” Fulton advocates to redirect corn and wheat subsidies towards regenerative agriculture.

Fulton states, “People have the right to live, not just exist. Raise the minimum wage to $15/hour. Support libraries, community centers and initiatives that allow people to experience the pursuit of happiness.”

Fulton is also an advocate for healthcare for all. She supports Medicare-For-All.

Fortunately for Fulton, The CA secretary of State’s website reports, “County Elections Officials will accept a reasonable facsimile of the spelling of a candidate’s name. Example: votes for “Joe Smith” and “Joseph Smith” would be accepted,” so writing Sadie Fulton on the ballot in the Assembly District 4 election will be a valid vote for her. 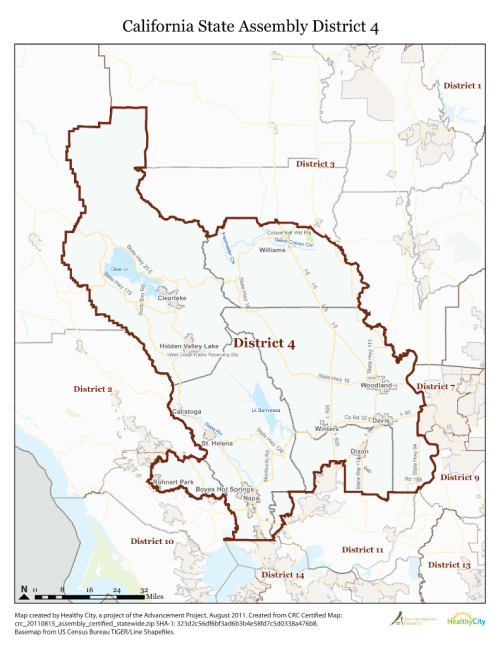 Sadie is amazing! She is such a powerful activist and I can’t wait to be there when she changes the world!