Who Is In Charge in Davis?
Downtown Plan Needs To Listen To Davis

Preserve our right to be heard at City Council meetings 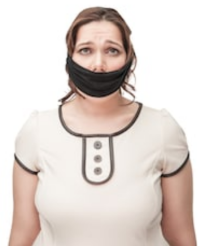 If you want to preserve your right to speak in general public comment at City Council meetings, come to the City Council meeting today (Tuesday, July 10) at 7:15 PM and express your concerns about the proposal to shunt some of general public comment to the very end of the meeting.  Maybe you’ve never spoken at a Council meeting.  Maybe you don’t think you would. But it’s exactly when our concerns are the greatest that we find ourselves doing things that we didn’t expect we’d do and when we most need to preserve our right to speak.

Although I’ve spoken at Council meetings a number of times, I don’t believe I’ve ever spoken at general public comment at the beginning of the meeting (exception: my first time when I didn’t understand how things worked).  But I have heard others give general public comment.  They speak of issues that the Council might not yet know about or has yet to take up and place on the agenda.  Or they speak to items that are on the agenda, but for which they cannot stay to speak. They speak with passion and conviction.  Maybe the issues aren’t important to me.  But they are important to the speaker.  In a democracy, all voices should be heard, even those we disagree with or those who speak about things that we ourselves do not care about, because when it’s our turn, we will want to be heard.

The staff report states that the “intent [of the new proposed policy] is not to prevent individuals from speaking.”  But that is exactly what it will do.  It is hard enough for a busy person (and very few of us are not busy) to find time to come to a meeting and speak at the beginning.  Now picture waiting until the end… 11 PM?  12 midnight?  after a long hard day.  This will be simply impossible for many and will act as a real and genuine deterrent to public input.  (The cynical among us will suppose that that is the intent of the proposed change).

The claim is that this change is needed because meetings are too long.  But there is a much better solution to making meetings shorter.  Much of the information presented during the meeting is already present in the City Council packet, which is publicly available to all.  This includes presentations by staff members and by commercial interests such as developers.  These presentations could and should be limited in length.

And it does matter that these comments are public ones – that is, that they are heard not just by the City Council, but by all.  Email, or other ways of contacting the City Council, thus doesn’t substitute.  Shunting the public comment to the end of the meeting will also mean that fewer people hear them, which further erodes our democratic discourse.

The Council has a clear choice: prioritize the voice of the people, or sit and listen to information that they and anyone else could and should have already read.

Please come on Tuesday and let the Council know that they should prioritize the voice of the people.

I was happy to see that the Mayor and the Council backed away from the proposal to shunt some of general public comment to the end of the meeting. If I understood the decision correctly, the proposal is to estimate how many general public commenters there are and to perhaps adjust speaking times in light of that, endeavoring to limit to 45 minutes if possible but going longer if there really just are a lot of speakers. That seems reasonable to me. There was also a suggestion to separate out people who are speaking on the consent calendar items from other general comment, and that makes sense to me as well, although I was not sure if the Mayor planned on doing that or not.