Who Is In Charge in Davis? 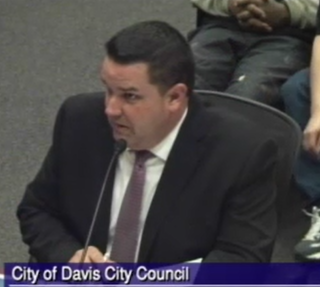 For the past few years, the City of Davis staff has completely manipulated the Davis City Council.

The worst current example is the Downtown Plan “participatory workshop” process, where the expensive outside consultants DICTATE the new city policy as previously agreed to with city staff.  City staff is determined to lock the future of the Davis Downtown on one particular course, and nothing else is to be considered, let alone discussed and evaluated.  All the discussion is between the expensive outside consultants and city staff.

In the first Downtown Plan “participatory workshop,” the expensive outside consultants and city staff allowed 10 minutes of public discussion.   While the public kept making points of difference from what the economic consultant defined as Davis economic reality, there was no time for discussion, because the “historic preservation” LECTURE was scheduled, and that is so important that the 20 people who wanted to discuss economic development were cut off.

Last October 16th, when Mike Webb laid out this absurd plan, I asked what if the public discussion isn’t good enough?  Mike Webb was shocked that anyone would dare question a claim by the city manager.   You, Mike Webb are a product of the Downtown Plan Process, which is all you know.  Davis talks about design, even sustainability, as the traffic builds up at Richards, and the relationship with UCD remains at an all time low.

The city staff is trying to get away with what UCD is doing: pretend like you are going through a public engagement process so that it is approved without public evaluation.

The participation has been a reflection of the hideous excuse for outreach by the special consultant whose claim included that she went to Chico State so she knows Davis.  The outreach postcard has print so small that you need a magnifying glass to find out what time the LECTURES on new Davis policy are.  As far as the outside consultants and the city staff are concerned, it doesn’t matter if anybody comes to the events, they just need to claim to the state that there was a public process.

The downtown is a product of the entire city economy.  The problem is that the general plan only wants housing, so Davis is suburban, and only does housing design.  There is nothing about economic development in the second Downtown Plan “participatory workshop” – it is all fantasyland design stuff that will never happen.  A million dollars and a year wasted.

You should go to the second Downtown Plan “participatory workshop” Tuesday evening.  Because the outside consultants are so important, the only time they have available to do the workshop opening presentation is the same time as the first meeting of the new Davis City Council.

Will ANY city staff be at the opening “participatory workshop” LECTURE?  Will any member of the Davis City Council be there, even Lucas Frerichs who is the one who provided the political cover for this little adventure?  The publicity was pathetic, and with UCD summer vacation and the college students mostly gone, no one is in town anyway.  But it is even better to staff the fewer members of the public who even know the Downtown Plan process is happening.

Staff sold the city council a year ago on this Downtown Plan when the opponents to Trackside wanted the city to live within the design guidelines.  This will override the guidelines, and then the city staff can go back to telling the city council what to do.  There will be no other changes in the plan for the future of Davis.

The city staff prohibits public dialogue because they will lose what little domination they have over the city council’s agenda.  Innovation and buy-in can only happen with public dialogue.

City Staff does what it wants to do, and it tells the City Council that is reality and they have to live with it, and then city staff parades around and if you question then they put “THE CITY COUNCIL” in your face and they do what they were going to do anyway.  The City Council should figure out “policy governance.”