A response to Tanya Perez on the purpose of the Davis Enterprise
Response to Rich Rifkin: Not all species are created equal, but all deserve our concern

More on recent problems with the Davis Enterprise 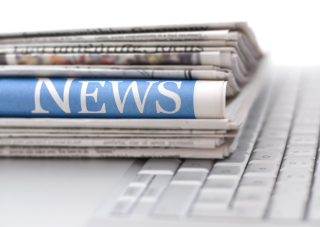 I appreciate this Davisite article and completely agree with its response to the defensive Enterprise article by Tanya Perez. However, the problem with the Enterprise goes far beyond the few mentioned. The Enterprise needs to become more even-handed and print the comments and concerns of the wide variety of community members, instead of focusing on and reflecting personal opinions of its new editor Sebastian Oñate so often on its Forum page.

Further, it is inexcusable that the Enterprise's publishers would tolerate the condescending comments posted by its new editor, Sebastian Oñate (on Twitter) ridiculing Davis community members and their submitted writings to the Enterprise. His predecessor, Debbie Davis, was a professional who respected all opinions, regardless of whether she agreed with them or not, and would never have behaved so unprofessionally and disrespectfully towards the community.

This is clearly not the case with the new editor, who apparently has discarded and ridiculed submitted community commentary which he did not agree with, and the community never got to read that commentary because he simply would not publish it. This issue, as well as other inappropriate behavior by Oñate, was well covered in a previous Davisite article recently: http://www.davisite.org/2018/06/inappropriate-behavior-from-the-editor-of-the-davis-enterprise.html/

You're right, Eileen. The recent concern expressed over how the DA race was handled by the Enterprise should be viewed in the larger context of issues with the Enterprise since the departure of Debbie Davis.