Why Is Davis So White? A Brief History of Housing Discrimination
Hidden Figures, Billie Jean King, and Ruth Bader Ginsburg

Why Won’t David Taormino Participate in Forums or Debates on Measure L – What is He Afraid of or Hiding? 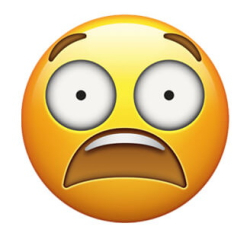 There is a long history of community forums and debates in Davis on important ballot measures that were hosted by various community groups. Indeed, every major ballot measure for the past 10 years has seen at least two or more such forums or public debates occur leading up to election day.

The campaign committee “No on Measure L – No on West Davis Active Adult Community” has offered to participate in any and all such public forums and debates on Measure L during this election cycle and we were rearranging our work and vacation schedules to make sure we were available to attend such events.

We thought we had a minimum of 2 forum/debates scheduled and were actively working to arrange to participate in others until late last week. Then we were informed that the two planned events sponsored by CivEnergy and Rancho Yolo were abruptly cancelled and simultaneously the phone lines went dead with prospective sponsors of other potential forums/debates.

The emails below document these cancellations. Apparently, David Taormino, the developer of the West Davis Active Adult Community, had decided to refuse to participate in Measure L public forums and debates with us and notified the organizers that he has cancelled his planned appearances with little explanation given to us for such unprecedented, abrupt actions.

Why Won’t David Taormino Defend his Development Project in Public?

CivEnergy is an organization dedicated to civic engagement, to discussion of current community issues and building our community's social capital. . For example, CivEnergy allows citizens to discuss and make decisions about local elections and has independently sponsored numerous forums during a number of recent Davis elections.

CivEnergy contacted No on Measure L Campaign Treasurer, Alan Pryor, in late August about participating in a forum with the Yes on Measure L sponsors. Mr . Pryor agreed. Two tentative dates were discussed and Bob Fung, CivEnergy President was to confirm final dates and details. Time passed and, then on Sept. 8, Mr. Pryor wrote to follow up:

Bob - I was wondering why you had not gotten back to me about the timing on the CivEnergy forum on Measure L.

But I have since been informed that the forum will not happen at all because the Taormino's will not participate if I am the spokesperson for No on Measure L. I was initially a bit taken aback but then scoffed at the notion. That cannot be true, can it?

To make myself clear, I am willing to appear at any time or place CivEnergy holds a forum. I had requested a change of the previous date proposed, but if that change is not acceptable to the Taormino's then let's hold it on the initially proposed date.

Please advise as soon as possible.

You heard correctly. I have been trying to work it out. I have talked to Robb Davis about it.  And I brought it up with David [sic – i.e., refers to David Greenwald, publisher of the Davis Vanguard] and he probably told you he had a conversation with Jason [sic – i.e., refers to Jason Taormino, son of WDAAC developer, David Taormino] he is optimistic that things will work out.

As an FYI, it is CivEnergy’s policy to hold forums only with participation from each side. I made this clear for on the Board of Education online forum we are hosting this cycle.

Rancho Yolo is the Davis senior citizen mobile home park on Pole Line Rd. The Homeowners Association has sponsored political forums for most municipal measures for many years. Their forums are always well-attended by their intelligent, engaged residents.

Pam Nieberg, No on Measure L Campaign Secretary, contacted Nancy Redpath, President of the Rancho Yolo Homeowners Association Board of Directors, in late August about their holding a forum this election for the Measure L ballot. The following email exchange ensued:

Last I heard from you re our group giving a presentation on No on Measure L, you were going to talk to the "yes" side re both presenting at the same forum at Rancho Yolo.  I have not heard anything back.   Are you still working on that?  We would like to get some dates to work it into our schedule.

I had to get an email approval from the Board of Directors, and we now have enough affirmative votes to hold this forum. I've also spoken to Mary Jo Bryan, and she said that David Taormino agrees to a presentation for the proponents.

The best two dates for us are both Saturdays: October 13 or October 20. Will one of those work for you? I'll also check with Mary Jo. We've found that 10:00 works pretty well for our residents; 1:30 p.m. would also be all right. We have a smart TV for a powerpoint presentation (or other), and a small sound system.

We'll need some help from the presenters to set up chairs and tables, since some of our regular folks are gone. And there will be some ground rules that we'll go over beforehand. I'm sure we don't need to tell you that this needs to be an informational meeting with no drama!

I'll see about reserving the clubhouse as soon as we have some dates selected.

I talked to Mary Jo last night, and she said that Dave Taormino decided to decline the invitation to a Measure L forum. The board wanted to make sure that it would be a presentation of facts only, and the proponents don't see that anything positive could come from a setting like this.

I've copied Mary Jo, who said she would welcome the chance to talk to you any time you like.

I'm sorry it didn't work out this time.

By refusing to participate in debates or forums, David Taormino is effectively: first, shutting down an open and democratic community educational process in Davis, and second, "legislating" who will present on the "No on Measure L" position or else - no debates or forums.

I hope representatives from Rancho Yolo, CivEnergy and other groups are stepping in to mediate - Davis voters deserve better than this.

Perhaps, there should be at least two or three presenters for each side. In fact, at some of the earlier forums/debates that has been the case and the "head-butting" between Misters Taomino and Pryor will be "mitigated." In fact, the more voices the better. Time to move beyond the animosities and schedule days/times and moderators.

Well said, Nancy. I am struck by the gall of asking Davis voters to approve the project without being willing to participate in an open, in-person, and public forum to discuss. And as you say, they should also not be trying to dictate who it is that they get to debate. "What are they afraid of," indeed.