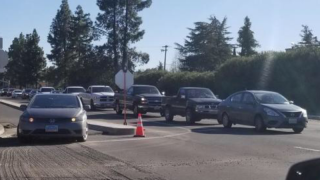 The below petition is being circulated at change.org. It was started within the last 2 days - after the recent neighborhood meetings. At the time of this posting it already has 270+ signatures.

Please sign as soon as you can.  I want to deliver the petition to the City, County, and SACOG as soon as possible.

We are aware that there are other factors affecting the congestion, such as greatly increased commute traffic by people who are working in the Bay Area and Santa Rosa and now living in Sacramento.   WAZE is also a factor, but these factors cannot be used to excuse the City of Davis from fixing the Mace problem, which is under the City’s control and which has become critical.

While we understand that it may be difficult for the City government to acknowledge errors in planning and implementing this “traffic calming” measure, it is vital that the errors be remedied effectively and immediately, regardless of additional costs, for the well-being and safety of all Davis residents. South Davis residents cannot be expected to let their children’s safety be compromised and their neighborhoods be ruined to save the City face and money.

We require that Mace Boulevard be immediately restored to two lanes of traffic in both directions, with the creation of safe marked bike lanes adjacent to traffic lanes, and that right turn lanes be restored.  Residents of South Davis must be included in deciding how this is to be accomplished. We want to have input into the plans and we want to see and concur with any and all plans prior to their build-out.

We further request that planning this redesign should not be used as an excuse to delay the prompt return to two traffic lanes both ways. Further, residents of South Davis will not accept cosmetic changes and signage as a substitute for restoration of two traffic lanes. We recognize that this restoration will take effort and commitment from our elected city officials and we thank you in advance for making Mace Boulevard again safe and efficient for all of us."

Who designed this SACOG-funded "improvement", and do they bear any responsibility for it? Aren't there professional engineers, who design such projects?

If an EIR was done, was the impact under-estimated? If so, who certified the EIR?