Regarding Chiles Road Apartments / Loss of Commercial Site
Students and Workers United Will Never be Defeated! 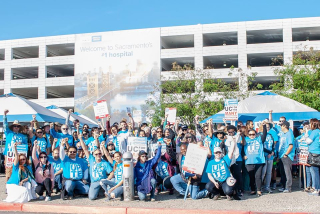 After 20 months of negotiations UC executives are still offering RX/TX less than half of the raises that they agreed to with CNA-represented nurses and none of the additional contract victories.

UC has admitted that they can afford to give RX/TX members what they deserve - now we have to show them that we won’t give up the fight to win what we need to continue providing the best education, research, and healthcare to millions of Californians!

Some students will be striking in solidarity, as will AFSCME (American Federation of State, County and Municipal Employees), which represents dining common staff, groundskeepers, maintenance workers, and more.

Meanwhile, UC Davis has responded by seemingly warning employees who plan on participating in the strike:

Absences During the Strike

All absences during the 24-hour strike period will be considered strike-related unless pre-approved by the supervisor or the employee provides appropriate medical certification confirming that the employee was unable to work. This applies to both represented and non-represented staff.

If an employee's absence is not approved or cleared by medical documentation, that time will be designated as unapproved leave without pay.