UC Workers Strike on April 10: How to Show Your Solidarity
DavisGig Urges Demonstration of Concern Before City Council Tomorrow 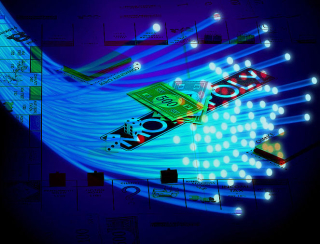 As members of our community who care passionately about social equity and the achievement gap in the DJUSD schools, I believe you should e-mail the Council members, and tell them that the closed session consideration of trading the current monopoly in the past generation of cable and wired telecommunications (AT&T and Comcast) for a new monopoly in the next generation of fiber communications (Astound/WAVE) is selling our school children down the road. Signing a lease with Astound only makes sense if it is for BOTH the City conduit and City fiber inside the conduit.

If the City owns the fiber, then competition between telecommunications service companies will be promoted. If the fiber is owned by a monopoly vendor like Astound/WAVE, they will not lease space on that fiber to their competitors. That will result in higher telecommunications prices for all Davis households, especially low income households, and service denials in the lower income portions of the City. That "double whammy" is referred to as "The Digital Divide." Good service for the rich. Poor service for the poor. And the quality and affordability of service is a major contributor to the Achievement Gap in schools here in Davis and across the country.

Astound/WAVE is a good company, but in an industry dominated by huge companies (Comcast, Astound, AT&T, Verizon, etc.) pricing always reflects the amount of competition in the market. The lease of City conduit being considered reduces competition in Davis. A lease of City Fiber within City Conduit increases competition, reduces costs to the consumers, and increases the quality of service for ALL Davis residents. That is what the Davis City Council (and the DJUSD School Board) should be fighting for.

Please reach out to the Council members and let them know that they can do better than the lease being considered in Tuesday's closed session.

I would like to know, Matt, what is the income from the lease the city hopes to add to annual finances?

And, what is the current status of discussions on the city providing this service in some way or other?

Nancy, it took me some time to track down the answer to your question. I now know from City Staff that the annual lease payment from Astound to the City for the use of the conduit is "Zero Dollars."