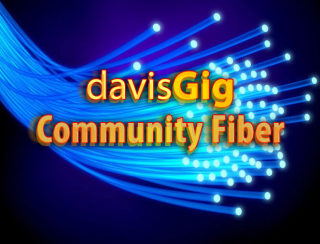 We deeply appreciated those who came to the 3/27 Broadband Task Force Meeting,  the community spoke with a unified voice to the Task Force and City Council Member Dan Carson! You wanted community ownership and open access, you want a network that will be a foundation for economic development for the years ahead, you are heroes!

But Big Money is barreling ahead.

Tomorrow (Tuesday 4/9) the City Council will meet in closed session with Astound Wave to negotiate the terms of a city conduit lease. Those who have been following this effort know that the city has not yet done a proper analysis of the value of their installed conduit, and is acting out of a perceived need to rush a deal to completion in order to limit its Internet access costs, which skyrocketed when the Comcast cable franchise expired.

City Management seem to be proceeding with this negotiation in spite of a recommendation passed UNANIMOUSLY by the Broadband Advisory Task Force, advising they do a fiscal analysis of the value of the conduit they are proposing to lease, nor examining the impact this would have to a publicly owned fiber network.  We need our community in the driver seat when it comes to the future of telecommunications in Davis, with robust competition, and revenue from fiber lease fees returning into our community. We do not accept another monopoly level Private Equity owned company taking advantage of our City.

A badly-negotiated lease agreement will permanently foreclose options for a public-oriented fiber network, and we need to make sure the Council knows that those objecting to the current process aren't just a handful of cranky geeks.  Toward that end, we want to muster as many people as possible in the Council Chambers lobby (at City Hall, Russell Boulevard at A Street) shortly before the meeting so that the Council members and the City Manager can appreciate the level of public concern as they enter the building.

Please consider making it to the Council Chambers at 5:15 tomorrow.
Since the item will be in closed session, there's no need to hang around for the meeting unless you're motivated to speak during public comment.
A show of force before the meeting is what's most urgently needed.

If you're able to make it, it would be helpful if you would drop an email to help@dcn.org so that we have some idea of expected headcount.

Thanks, and I hope to see you there!