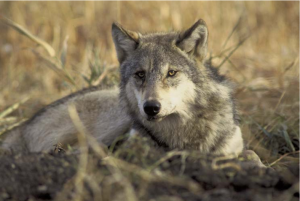 On June 13, 2013, the U.S. Fish and Wildlife Service (FWS) proposed removing the gray wolf, Canis lupus, from the List of Endangered and Threatened Wildlife.  At that time, I wrote an article and submitted an official comment, arguing that the 2013 Proposed Rule was capricious, arbitrary, and inconsistent.

Before getting into the details, though, it is obvious that delisting the wolves is a conclusion in search of an argument.  Gone is the 2013 attempt to delist eastern wolves by renaming them to a different species, and gone is the smelly proclamation of the FWS’s own publications as the “best available scientific information.”  Instead, the main thrust of the 2019 argument seems to be: wolves are recovered now and no longer under threat, therefore they no longer need endangered species protections.

But underneath that seemingly simply argument lie some troubled assumptions and faulty conclusions.

For example, the 2019 Proposed Rule states that Pacific Northwest wolves are not a Distinct Population Segment (DPS) because they are not “discrete;” rather, the FWS argues, they are composed of “a mix of individuals derived from wolves in the northern Rocky Mountains and Canada (or both) and represent the expanding fronts of these populations.”  Similarly, the wolves in California are, the FWS claims, not discrete because they are wolves who have migrated from Oregon.

However, this reasoning equivocates between population and metapopulation, roughly, a tightly interconnected group of organisms of the same species and a loosely connected group of populations, respectively.[1] Although it is true that the wolves in the Pacific Northwest and California are not entirely discrete from the other areas, complete discreteness is not a reasonable standard for a dispersing species like the gray wolf.  In the Pacific Northwest and Oregon, a number of identified “packs” – reasonably construed as populations – are fairly discrete from one another, while occasionally exchanging members.  They thus form one, or perhaps several (more evidence about dispersal and interaction is needed to determine this) metapopulations.  (These packs would certainly count as populations by the logic of the 2013 Proposed Rule, which defined populations as “at least two breeding pairs of gray wolves that each successfully raise at least two young annually for two consecutive years” – I find it all too convenient that this definition, although problematic in some ways, has been abandoned).  So, why should DPS be understood as metapopulation instead of populations?  No reason is given.  And even if metapopulation is a reasonable understanding of DPS, the Proposed Rule lacks evidence that the Northern Rocky Mountains, Pacific Northwest, and California form only one metapopulation.

The 2019 Proposed Rule further states that the wolves in the Pacific Northwest and California are “not biologically important to the gray wolf entity in terms of resiliency, redundancy, or representation.”  These wolves fail to meet the first two criteria, the FWS claims, “because wolves occur in small numbers in this portion and include only a few breeding pairs.” Here again it is worth comparing the 2013 Proposed Rule.  On that proposed rule, no populations were determined to be in these areas at all; only dispersers and broken-up former packs.  If that proposed rule had succeeded and wolves had been delisted, the wolves in these areas would have lost protection and might never have established populations at all.  In other words, by FWS logic, in 2013, there were not enough wolves to form populations, and in 2019, the populations aren’t big enough.  The FWS keeps creating catch-22 situations for wolves, where their numbers aren’t considered large enough to warrant protections and so can’t be protected (a bit of twisted logic itself), potentially doing the very thing that prevents their growth.  This is unacceptable under an Act that is meant to protect endangered species.

As for representation, the FWS again creates a catch-22 for wolves by stating that “they are not an isolated population with unique or markedly different genetic or phenotypic traits that is evolving separate from other wolf populations.”  But that can only happen if they are given a chance to establish and evolve.  The wolves in British Columbia have exhibited unique genotypic and phenotypic distinctiveness in a short amount of time; the wolves in the Pacific Northwest and California might likewise do so given the opportunity – that is, if they are protected, especially if one acknowledges what has been demonstrated in many species, that natural selection can occur even when there is migration.

Finally, the 2019 Proposed Rule suggests that wolves can be protected by state regulations.  But relying on state regulations has proved to be extremely variable.  While states like California are exemplary, having declared the gray wolf to be endangered within the state, states like Oregon fail to properly protect the wolves within its borders.  Recently, Governor Brown chose a big-game trophy hunter to be on the state’s Fish and Wildlife Commission.  And although the draft wolf plan released on April 15 does not proposed any “controlled take” of wolves at this time, the Oregon Department of Fish and Wildlife “believes regulated hunting and trapping needs to remain a tool available for wolf management.”

Let us not forget the reason that wolves are endangered: Us, i.e., human beings.  While anti-wolf attitudes remain and while ranchers and others see wolves only as threats to be eradicated, they will remain endangered.

For these reasons, I oppose the 2019 Proposed Rule and encourage others to do so by submitting public comment. The treatment of wolves needs to be based on consistent reasoning informed by wolf-specific behavior, not catch-22s that violate the spirit and the letter of the Endangered Species Act.

[1] I have expertise in these topics, having published articles such as:

I'm somewhat confused, regarding the importance of maintaining "metapopulations", vs. the threat to the entire species. In other words, aren't all of these wolves pretty much the same? Why is it important to maintain various metapopulations, for example?

These are great questions. I could go on at length, but I'll try to be brief.

First, no, the wolves are not all the same, either genetically or physically (genotypically or phenotypically). Of course, each individual wolf is different, but also, there are a number of subspecies. How many subspecies there are is a matter of some dispute, but there are some arguably distinctive ones; the Mexican wolf is probably the least controversially a distinctive subspecies and it is recognized by the FWS. The Endangered Species Act protects not only species but also subspecies and what it calls "Distinct Population Segments". (I should probably have said that first, since it partially addresses your questions).

It's also important to have large enough populations to maintain genetic diversity within the species -- in other words, if the numbers are too small, they get inbred -- and that means metapopulations because wolves need a fair amount of space within their territory and between territories. Having them dispersed over a large geographic area provides greater protection, so that if something were to happen in one area (say, a disease) the wolves in the other area might still survive.

Finally, this latest proposal is a change from previous policy, which recognized the importance of restoring wolves and other endangered species to all the areas where they historically lived and where they could feasibly live now. Having wolves in just the midwest, for example, is not a full restoration of the species and could be hindering their further evolution.

Thanks - makes sense to me now.

The policy itself seems to be all over the place (and self-contradictory), over the years.