STATEMENT OF CONCERN RE: RE-PURPOSING OF THE JUVENILE DETENTION FACILITY (JDF)
Can We Talk? 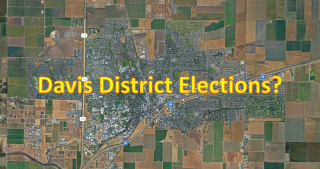 City Council to Consider on Tuesday

The Staff Report for the consideration of district elections omits several important considerations, which include but are not limited to the following:

(1) The Fiscal Impact section of the Staff Report does not include/describe the worst-case-scenario, which will happen if the City agrees to go to district elections and pay the "up to $30,000 that State law requires the City to pay to the plaintiffs’ attorney" and then gets subsequently sued for failing to make a good faith effort in the steps of the districting effort. That worst-case-scenario would not only expose the City to the costs of legal defense, but also expose the City to the possibility of fines/penalties/damages.

(2) The first paragraph of the Background and Analysis section does not include information about the fact that the City is not restricted to only five Council members. 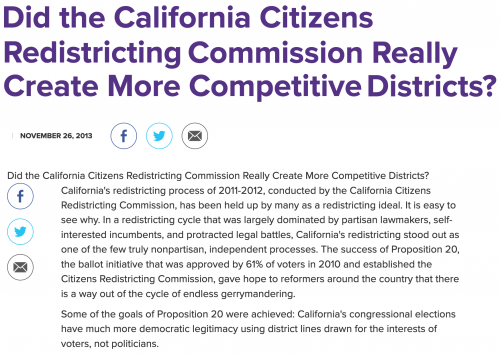 (4) The Public Hearings 1 and 2 paragraph of the Background and Analysis section does not include any information about what factors should be taken into account in the consideration of district lines.

(5a) The Draft map(s) paragraph of the Background and Analysis section presumes an answer when it says "The City shall also make public the proposed sequence of elections (i.e. which districts will be elected in which general municipal election) if the councilmembers will be elected at different times to provide for staggered terms of office."

(5b) The Draft map(s) paragraph of the Background and Analysis section omits a description of the possibility that all districts will be on the ballot in the first election, some for a four-year term and others for a two-year term.

(7) The Criteria for Districts paragraph of the Conbsiderations During the Process portion of the Background and Analysis section does not include information about the fact that the City is not restricted to only five Council members.

(8) The Selection of Mayor paragraph of the Conbsiderations During the Process p[ortion of the Background and Analysis section is an excellent example of how the whole Staff Report should have been written. It illuminates the universe of possibilities, as well as possible consequences.

(9) The Resolution provided by Staff is deficient in addressing any and all of the above eight concerns.

UPDATE:
.
Since I also formally submitted the points I raise in this article by e-mail to the three Staff Report authors and Mayor Lee as a formal Public Comment for Tuesday's Council discussion, I received a speedy response from City Manager Mike Webb.  I want to thank Mike for being so responsive on a Sunday afternoon.
.
We conducted a nine e-mail iterative e-mail discussion over a 3-hour time span, and Mike clarified the statutory timeline that the City is operating under, which can be assembled by an informed reader by combining the July 1, 2019 date in the Fiscal Impact paragraph on Page 1 with the "45 days to pass ..." reference on Page 2.  I clearly did not qualify as an informed reader when I read that, and I have apologized to Mike for not better reading the material provided.  Section IV. The City's Next Steps on pages 3 and 4 of the appendix to Matt Rexroad's letter does put the two components together in one place; however, I also missed that specific information.  Mike asked me "how could it have been any clearer, and I suggested that that it could have been clearer if the  July 1st memo receipt task was included in the Proposed Timeline table on page3 of the Staff Report.  I also suggested such a table update would be a great addition to the Staff report if added in the next 24 hours.  That is possible because the meeting is already designated as a Special Meeting, and the Brown Act only requires 24-hour notification.  Such an addition would result in a much better informed citizenry.
.
Mike indicated that the 90-day timeline after the adoption of the Resolution is extremely important, because he believes there simply isn't enough time to select the individual members of a Davis Citizens Districting Commission and complete the CVRA-mandated steps.  Looking strictly at the letter of the law, he has a point.  However, I believe there may be a mutually agreeable path for solving that timeline challenge.  That path is illuminated by the following language of the Rexroad letter, "If the City adopts the resolution by August 15, 2019, the City has 90 days from that date to adopt an ordinance establishing district-based elections. During that time, a prospective plaintiff is precluded from initiating a CVRA action."
.
That language appears to leave some discretion (perhaps considerable discretion) with the Rexroad and the prospective plaintiff to effectively (de facto as opposed to de jure) extend the 90-day period.  I believe it would be worthwhile to explore such a good faith extension in order to allow sufficient time to conduct the process with a citizens commission rather than with the very people who are seeking reelection ... which achieves democratic legitimacy using district lines drawn for the interests of voters, not politicians.
.
If I were the City, I would be reaching out to Matt Rexroad early on Monday morning to get a sense of how important having districts drawn by the voters is to his clients.  If it is important, then he can give the City appropriate legal assurances that the de-jure90-day window where a prospective plaintiff is precluded from initiating a CVRA action will become a de-facto 180-day window.  If all parties agree to that, then the voters of Davis will get a chance to have their cake and eat it too.

Matt, thanks for pointing out these problems.
Hope this leads to careful, timely and good discussion, including a comparison of costs for district elections.

A major advantage of district, from my point of view, is that we could then discuss the great potential of implementing participatory budgeting that would bring an additional element of open transparent and democratic financial management to the city based on local district needs. To begin.
a portion of the city budget could be determined to be considered in this way and not the entire city budget.
Nancy Price

The City should put this to the voters in March 2020 and defer council elections to November 2020.
Voters should be asked in March if they want district elections?
Would they prefer 5 districts or 7?
Would they prefer 5 districts with 2 seats at large? Etc.
Then, follow the will of the people for November 2020.
This is really simple stuff, it doesn't require a lot of staff time or consultants... just a little common sense.

One way to designate the mayor would be to adopt a system similar to the Sacramento County Board of Supervisors, which has 5 districts. The one-year chair position simply rotates numerically among the 5 districts. This mechanism provides predictability and eliminates contention among the supervisors.

There should be consideration about what will occur if no one runs for election from a particular district. Unlike 2018, some past Davis City Council elections have had few candidates, which could happen again.

Greg, one of the likely advantages of District elections is that more people will be inclined to run. In an at-large election each candidate has to cover the entire city. I know from personal experience from my 2016 Council candidacy, that covering the whole city is both time-consuming and expensive. Covering one fifth or one seventh of the city is much less daunting of a task. Plus, most candidates get the bulk of their campaign team members from their close acquaintances ... frequently their neighbors, who are all in the candidate's district. Walking precincts in support of a candidate is more appealing when the neighborhoods being walked are close to home.

So, while there is always a chance, I believe we will see more candidates rather than fewer if we go to districts. I also expect that the candidates will focus more on grass roots rather than vested power brokers. If we had districts, can you imagine Bobby Wiest and the Firefighters Union building up the power they did in elections past?

I'm afraid that district elections will hurt the downtown. I'm afraid that it will result in a tendency to return to a traditional suburban/core divide, where all the rentals, homeless services, etc., will be concentrated downtown, resulting in flight to the suburbs of those who can afford it. Good city planning requires a healthy mix of income and demographic groups downtown, and a solid core -- perhaps about 20% -- of homeowners. This is the kind of city planning that Davis has historically tried to achieve, and I think that district elections might be the final nail in the coffin.