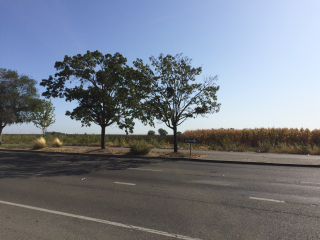 Location of proposed ARC, with sunflowers and corn. Picture taken by R. Millstein 9/2019

Back in June, I noted that developers had asked the City to resume processing their application for a massive ~200 acre business park on prime farmland outside of (i.e., to the east of) the Mace Curve.  Things were mostly quiet over the summer.  Now, with a pair of items on the Tuesday City Council Consent Calendar, the City is moving forward on this application before the project has even been presented publicly.

The Council agenda notes, “All matters listed under the Consent Calendar are considered routine and non-controversial, require no discussion and are expected to have unanimous Council support and may be enacted by the Council in one motion in the form listed below” (emphasis added).

Item A on the Calendar concerning the so-called “Aggie Research Center” (or ARC; formerly Mace Ranch Innovation Center, or MRIC) authorizes “the City Manager to enter into a contract with Economic and Planning Services (EPS) to prepare an updated study of the market demand assumptions, the economic impact analysis, the fiscal impact analysis, and the financial feasibility analysis and public financing evaluation for the Aggie Research Campus.”  Item E on the Calendar appoints a City Council subcommittee for the project (Partida/Carson).

Yet ARC proposal has not been presented to City (at least not publicly), its Commissions, or its citizens.  The ARC proposal has been modified from the previous one – which was also not fully vetted (see link at the beginning of this article).  Why is the City planning on moving forward with the proposal without discussion and public input?

The items themselves are confusing and confusingly presented.  Item A initially appeared to me to be the more substantive one, yet it contains little information about the project itself. Furthermore, the Resolution included with the item notes that an Environmental Impact Report (EIR) was certified for the previous proposal and that “the Department of Community Development and Sustainability has determined that a [sic] update to the certified EIR is warranted prior to the project moving forward for entitlements.”  But how does this EPS study relate to an updated EIR?  The staff report does not make that clear. 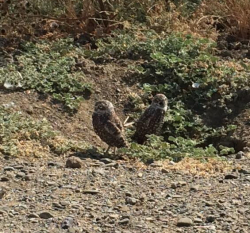 And the issue of the EIR is crucial, especially with regard to traffic.  Much has changed and is currently changing in the vicinity of this area: the Mace Mess south of I-80, the new hotel, the new Nugget properties, etc.  Also, burrowing owls have been observed in the vicinity.  A new or modified EIR that takes these factors into account could look very different.  What’s going on with the EIR?  The staff report is silent on that point.

As for Item E, that is where the 21-page not-vetted not-presented not-discussed project proposal appears.  (Easily missed if, like me, you focused on Item A).  It’s too much to summarize here (see the link above for Item E), but here are a few details. 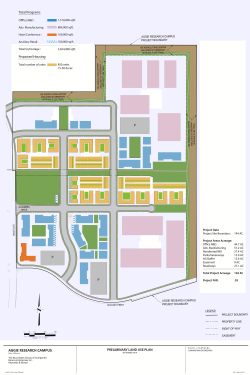 It proposes 2,654,000 square feet of commercial uses, including office and R&D space, a hotel, a conference center, and ancillary retail; it also proposes housing  in the form of 850 residential units. It also includes 4,340 parking spaces. Part of the adjacent City-owned 25 acres (“Mace 25”) purchased with open-space funds is proposed as an agricultural buffer.

Ultimately, the ARC proposal will be subject to a Measure R vote.  But it is not getting off to a good start in terms of public engagement.  Several years ago the disposition of the property to the north and the east (then called Mace 391, now Leland Ranch) was similarly placed on the Consent Calendar without discussion from the community.  There was an uproar from the community, and the Council wisely backed down.  Is history repeating itself?

It doesn’t have to be this way.  Recall the West Davis Active Adult Community (WDAAC) project.  Regardless of what one thought of that project, which ultimately passed its Measure R vote, no one could fault the developers for failing to publicly present and engage the community.

On Friday, I emailed the City Council, outlining some of my concerns and asking that item A (I hadn’t noticed item E at that point) be pulled from the Consent Calendar, so at least the decision to move forward on the ARC proposal would be broadcast more widely, and, hopefully, discussed a bit before a vote of the Council.  A staff member emailed a long explanation back to me.  That such an explanation was required should alone be an indication that these items need presentation and discussion.

The Council should, at a minimum, pull the item from the Consent Calendar.  But really, it should not be putting the cart before the horse by moving forward on the ARC proposal before citizens have had a chance to hear presentations and give their input on it.

I have comments spanning multiple topics on this proposal. I’ll split them up into multiple comments.

First, regarding the viability for these types of projects for economic development goals:

“Marc Levine, an economic historian at the University of Wisconsin at Milwaukee, has studied the economic effects of university investment in innovation and entrepreneurship programs and found that there is little data to justify all the spending. Outside of the few examples of academe-to-industry synergy that most institutions dutifully cite as aspirations — Silicon Valley and Stanford, Boston’s Route 128 tech corridor and Harvard and MIT, and North Carolina’s Research Triangle — there’s scant evidence to connect these investments with local job growth or even increased university revenue.” https://www.chronicle.com/article/Enough-With-All-the-Innovation/245044

#2. To extend what I referenced above, the evidence from extensive real world studies demonstrates that the vast majority of business/research parks not only don’t deliver what they promise, but can actually detract from economic development efforts that are more productive.

Matthew Wisnioski and Lee Vinsel are professors of science, technology, and society at Virginia Tech. Wisnioski is a co-editor of Does America Need More Innovators?, just out from MIT Press. Vinsel is writing, with Andrew Russell, a book that is tentatively titled “The Innovation Delusion.”

“…But puffery and self-dealing are nothing new on the technological frontier or indeed, in the world of economic development.”

“Around the country, dozens of cities and many states have committed themselves to biotech development strategies, hoping that by expanding the local base of medical research, that they can generate commercial activity—and jobs—at companies that develop and sell new drugs and medical devices. There’s a powerful allure to trying to catch the next technological wave, and using it to transform the local economy… of course, it hasn’t worked out.”

(#3) The proponents of MRIC/ARC are arguing that there is not sufficient land available and that’s why we need to approve the resining of peripheral farmland for their development.

But let’s look at land already within Davis city limits that is designated for commercial uses...

The City of Davis has inventoried 124.5 acres of vacant commercially-zoned land. Back-of-the envelope calculations for the development capacity of this land: At a coverage/Floor Area Ratio (FAR) = 40% and floor area per job = 225sf => 9,641 employees (77.44 employees per acre) and 2.17 million sf floor area. And this doesn’t even address the issue of development opportunities on occupied lower-density sites that could be redeveloped for higher-value uses Note also, that the previous EIR for the MRIC project completed a couple of years ago( using assumptions of slightly less development density than I used) concluded that Davis had 2 million sf of development capacity on existing vacant commercial land.

As a comparison to get a sense of that magnitude of a development capacity of 9,600 jobs, recent figures for UC Davis (2016) show total academic employment at about 11,800, and total career staff employment at 15,900.

Keep in mind also that at current demographics in Davis of about 2.65 persons per household and 1.1 jobs/household, that employment capacity of 9,600 jobs is the equivalent of an additional population of 22,400 people = an increase of about 1/3 of our current population.

In summary, I have done vacant/ buildable/ underdeveloped land inventories for dozens of communities. In my professional opinion, the proponents of MRIC/ARC are circulating false information that there is no space available for the types of uses they are proposing.

(#4)
The previous comment addressed the supply of land and shows that Davis has sufficient capacity for several decades without needing to add ARC. But what about demand?

The previous EIR for MRIC states that the demand for commercial space in Davis is limited to such a degree that tenants moving to ARC/MRIC would cause vacancies in existing properties in the city. To a large degree, we would just be shifting around the location of existing development rather than creating new jobs .

“ALH Economics concluded it is possible that some existing innovation sector businesses may seek to relocate to the MRIC upon availability or sometime thereafter. Therefore, existing office and industrial space in Davis could experience increased vacancy as a result of the innovation center.”

But don’t worry! At least the owners of those properties have deep pockets, so the building won’t become completely decrepit!

(#5)
Tying the different threads together...

Multiple in-depth studies have found that 99% of business/research parks do not produce economic development results beyond what would have occurred organically in non-conglomerates locations. In other words, development that occurs in these locations has simply been shifted from other areas. Anyone who tries to tell you otherwise is trying to sell you snake oil.

The earlier EIR for ARC/MRIC (which now requires an update and recirculation according to the City) discusses this issue in-depth and talks about the vacancies projected to occur on existing commercial/industrial sites in Davis. This is because there is not enough projected demand for these types of uses leading to low absorption rates.

When you combine that with the data that shows there is a long-term capacity of 9,500 jobs or so on existing vacant already-designated commercial/industrial land in Davis (and this does not even account for underutilized properties that could be redeveloped), we have enough capacity for decades and there is no justification for re-designating and destroying peripheral agricultural land.

Thanks, Rik - for this in-depth analysis.