Can Davis Pioneer a Toll for Waze?

At the most recent public meeting about the “Mace Mess” - on a summer evening at Pioneer Elementary - we were told that City attorneys were going to look into a legal way to keep traffic guided by apps like Waze from diverting from I-80 between just west of town and the Yolo Bypass, not only via Tremont and Mace but also via 113 and Covell, etc.

I’ve not heard anything about this since then, which might mean nothing.

So, imagine a system that records the license plates and FasTrak transponders of vehicles that exit and enter I-80 and CA-113 at various points in the City and nearby to the west (see the map). How to determine if the driver is “just passing through”?:  If the transit time is e.g. + or - 20% of what's predicted by Waze and similar for the same journey, the driver is charged a reasonable fee. (Using Waze, etc. against itself is the détournement mentioned, and a great pun if I might say so!). 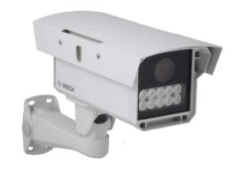 As far as I can tell, the technology already exists and is quite robust: It’s used on the Golden Gate Bridge, and  The Toll Roads (in Orange County), and there are plans to implement this cashless system on other Bay Area bridges. No transponder or sign-up is needed: All one has to do is visit the website and find their recorded license plate and pay the toll (discounts are available for people who sign up and use FasTrak.). Cameras themselves are relatively inexpensive; I am not sure about the whole system.

It would be dynamic in terms of when it would be used - e.g. 6 to 9am and 4 to 7pm - and possibly for pricing as well, and people could exempt themselves if they proved they did some commerce here not on the suggested bypass routes - aside from buying gas, but then there’d be no charge for e.g. getting off and back on at Richards or any other egress point -- I used to catch a ride to San Francisco with someone from Elk Grove who picked me up by Dutch Bros.

Surely there are some holes in it - that’s cool. Things like this are never airtight and perfect. “Commerce” could include stopping for a bag of nuts, but at some point it’s more annoying and takes way more time that is projected to be saved.

The obvious main question is how well it would work. I’ll leave this mostly open for now, but if it works well it would create benefits for people all over town, not just the Mace corridor.

The fun part is the legal piece: No roads are actually blocked, right? Would the City of Davis be sued by Waze, etc? Should we join other communities to share any legal costs? Why would Caltrans argue against it? Would Caltrans be sued if they supported it? It’s not charging to pay for a bridge, but then again part of the tolls on most Bay Area bridges are used to support public transportation. Can we do the same, maybe for a bike share system we control? Is there something formally wrong with it, i.e. something worse than souring someone’s automotive entitlement?

If you support this idea, or if you have suggestions to make it work even better, please - before October 24th, the date of the next public meeting about Mace - write the City Council at citycouncilmembers@cityofdavis, Don Saylor at don.saylor@yolocounty.org, Jim Provenza at jim.provenza@yolocounty.org and copy the message to me at todd@deepstreets.org.

Todd Edelman is a resident of Birch neighborhood and member of the Bicycling, Transportation and Street Safety Commission*

*for identification purposes only.