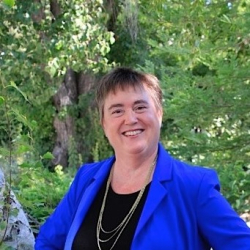 Last week, the United States House of Representatives began impeachment hearings, focused on the President’s decision to withhold Congressionally approved military aide from Ukraine in exchange for dirt on his political opponent. This same week, the conservative majority on the Supreme Court indicated it might take away DACA, President Obama’s Deferred Action for Childhood Arrivals, threatening millions of young immigrants with potential deportation. These actions highlight the vast powers of the state, and the ways they can be wielded against innocent people.

We live in the City of Davis, often referred to with a bit of pride by longtime, liberal residents (and consternation by more conservative ones) as ‘The People’s Republic of Davis.’ But we are also the city that made national news a few years ago when protesting students were pepper sprayed by campus police. And now we are a city where a longtime Enterprise columnist casually referred to a group of Davis residents as “Trumpian” for writing an op-ed in the paper.

I am running for Supervisor because there are too many people in our community who feel like they lack a voice on our current Board. How is this disputable when a group of residents attempting to share their deepest concerns about a particular endorsement are met with personal attacks on their character rather than addressing their concerns? It is also paternalistic to suggest that a group of passionate criminal justice activists would allow anyone to pull their strings.

It is time to address the concerns about criminal justice in our community. Criminal justice reform is not a joke. For thirty years we have turned our backs on young boys and men, too often black, brown and/or poor, and imagined them to be so much less than their full amazing potential.

We ignored the science of brain development (the brain is not fully developed until the mid 20’s) to prosecute younger and younger children as adults and actively deployed punitive measures designed to punish rather than rehabilitate.

The scourge of cash bail has created a system where approximately 60% of people in our county jail are currently innocent, charged, but not convicted of any crime other than being too poor to afford to buy their way out of jail until an actual trial date. Too often plea deals are extracted from people truly innocent, but desperate to get home to family and jobs...if their jobs still await.

Yolo County can be a leader in ending cash bail and creating a much more compassionate system of justice focused on rehabilitation, including education, food and shelter, rather than strict punishment that goes against science and does nothing to make us safer.

As part of the Davis community which values meaningful discourse, I've got to object to the framing of this piece. A careful reading of the op-ed forty folks signed doesn't result in a conclusion suggested by the above heading. Rather than a perpetuation of partisan politics, our letter questioned the meaning of a blanket acceptance of an endorsement by a public figure responsible for implementing much-criticized criminal justice policies and practices in this county. County supervisors are responsible for funding criminal justice reform measures; it's reasonable to seek clarification about how an endorsement might play out in future decisions about budgeting in the criminal justice context. That does not warrant, to my mind, a conclusion that the letter we signed was "anti" any person. It's about issues. I hope you will consider a re-framing of this publication of Linda Deos' response.

For those who haven't been following along, here is a link to the op-ed signed by forty people that Nora references:

and here is a link to the Bob Dunning column that Linda Deos is responding to (although she doesn't name Dunning):

Nora, I am sorry that you find our headline inaccurate. I understand your concern to be that it suggests that the original 40-person signed letter (linked in the previous comment) to be an attack on Provenza as a person rather than an attack on his campaign and its issues.

Regardless of what you or I think, I think it's pretty clear that much of the community saw the letter as an attack on Provenza. You can see that in the comments on the posted Davisite article and also in Bob Dunning's piece, entitled, "Attack brings new angle to Davis politics." So, our headline reflects community perception.

I'd ask you to consider the following piece from the previous election:

Is that an attack on HRC? On her person or on her issues? I don't know if that question is easily answered, but I strongly suspect that many saw it as an attack, period.

Personally, I don't read "anti-Provzena" or "anti-Clinton" as necessarily referring to the person rather than their issues. I think it can be read either way.

You say, "it's reasonable to seek clarification about how an endorsement might play out in future decisions about budgeting in the criminal justice context." I certainly agree with that, and here I'll note that we not only posted the original letter that you co-signed but also specifically sought out Linda Deos to ask for permission to publish her response.

I hope you can understand my stance here even if you disagree with it.

Linda Deos does not attempt to address the heart of the issue. What upset many was that the original op-ed tried to equate Jim with Reisig's record, ignoring the strong social justice work Jim has done in this county and during his entire career.