Scope of environmental review is in play. 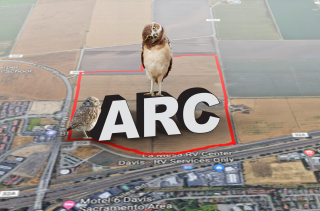 The period for commenting on the scope of the environmental review of the Mace business park, dubbed “Aggie Research Campus” (formerly Mace Ranch Innovation Center, or MRIC), a proposal to build a ~200 acre project on prime farmland outside the Mace curve, has been extended until December 9.

Edit added Wed, 9 AM: We have learned from Ashley Feeney, Assistant City manager, that there is another change to the previously scheduled meeting Monday Dec 2 meeting, discussed below.  Instead of being a pure open house, "the planning consultant will be making a brief presentation at the beginning [of the] meeting on Monday further explaining the supplemental EIR scope and process. They will be available to explain process and answer questions throughout the meeting as well. The applicant will also have representatives there to answer questions about the project."

Here is some of the backstory and explanation about the comment process.

At the November 5 City Council meeting, several Davisites asked for discussion of a Consent item that would begin the process of creating a Supplemental Environmental Impact Report, or SEIR (see here and here).  Among the comments was a request to have a scoping meeting to discuss what the scope of the environmental review would be, allowing for public input into the process.  Commenters also requested that the scoping meeting be formally noticed with a Notice of Preparation (NOP).

At that time, the City Manager indicated that yes, there would be a scoping meeting, although that appears to have not been part of the City’s original plan, and it was not in the proposed timeline included with the Consent item.

On November 15, the City released the NOP, available online here.  It was emailed to some citizens (although it is not clear how the City decided who should receive the email, and some relevant commissions, such as the Open Space and Habitat Commission, did not receive the email) and printed in the Davis Enterprise.   The Davisite also published the announcement on November 17.

The NOP announced that the scoping meeting would be held this coming Monday, the Monday after Thanksgiving weekend, December 2, from 5-7 PM, in the Davis City Hall Conference Room, 23 Russell Blvd., i.e., the conference room next to the Community Chambers.

This past Sunday, November 24, Colin Walsh and Rik Keller noticed that the only mechanism for providing comment mentioned in the NOP was at the December 2 meeting.  In other words, if someone couldn’t attend the meeting, but wanted to provide written comment, no way of doing that was described. Or, if someone attended the meeting to learn more, and then later wanted to provide written comment afterward, again, no way of doing that was mentioned.  It was unclear if comments after the meeting would even be accepted.

The City’s plan limited the amount of public comment that it could receive from citizens, intentionally or accidentally. A quick search showed that it was at least not unheard of for NOPs for SEIRs to allow for written comments to be submitted before and after the meeting; e.g. this one allows for 30 days, with the scoping meeting occurring during that time period.

Upon realizing the problem, Walsh and Keller immediately emailed City staff.  After a few back and forths and delays, 2 days later, they were told the following (this information is now up on the City’s website as well, here):

As an additional effort to provide ample opportunities for public engagement and input, City staff will not only hold the voluntary scoping meting [sic] but will also extend the period to accept written comments from public agencies and the general public that are interested in providing input as to the scope and content of the supplemental environmental information to Monday, December 9, 2019 at 5:00 PM.

Comments can be provided in person at the December 2, 2019 scoping meeting or written scoping comments can be delivered to the City of Davis Community Development and Sustainability Department, 23 Russell Boulevard, Suite 2 Davis, CA 95616 Attn: Sherri Metzker, Principal Planner or via electronic mail to smetzker@cityofdavis.org up until Monday, December 9, 2019 at 5:00 PM.

[emphasis added in both quotes]

As stated in the following excerpts from The CEQA Deskbook (3rd Edition, 2013, Solano Press):

Scoping helps to identify the range of actions, alternatives, environmental effects, methods of assessment, and mitigation measures to be analyzed in depth and eliminates from detailed study those issues that are not important to the decision-making (p. 116).

Scoping is one of the methods lead agencies use to identify the key issues to be examined in the EIR (p. 119).

Another gripe I have with it is the name, Davis already has an ARC, the Activities and Recreation Center on campus, this is confusing and if the present ARC were in the private sector this name would almost assuredly be challenged.

As usual, Rik, Colin, and Roberta seem to be the primary (and sometimes only) folks acting as a "community watchdog" regarding development proposals.

Thanks again for your efforts - including the follow-up to ensure that the comment period is extended for a few days beyond the meeting. (And, for ensuring that the meeting would be held in the first place!)

Donna, I agree with you, ARC is very confusing. It also bothers me that they are using the name Aggie when there is no guarantee that UCD will have anything to do with the project.

It also just occurred to me how Orwellian "Aggie Research Campus" is. Pave over ag land -- in this case, prime farmland --- and call it Aggie. I mean, developers do this kind of naming all the time. But it's shameless.

I thought all farmland needed voter approval for development. Did that law change?

We still have that law (although it will be up for renewal again soon). This is still a relatively early stage of the process. After the environmental impact report is done and the city gets more input from commissions and citizens, they will decide whether to put the project on the ballot. Everyone thinks that is likely to happen. The developers are hoping it will be on the Nov 2020 ballot.

The point of the current stage is to make sure that the environmental review is thorough, considering all likely impacts and considering other possible scenarios.

This is prime farm land. To put a dubious UCD facility here and to build houses, cafes, etc.. is their real intent. This "Davis-East" did not pass last go around and no matter how much $$ Ramos throws at it will not pass this time either.
Thank you,
Will Davis

Will, the sad reality is its not even a dubious UCD facility. there is no official UCD connection to the project at this time, although maybe that's what you mean by dubious.

I understand that UCD does not pay any property tax - despite creating costs for the city, for any space that they occupy within it. Therefore, it's better if they don't become "involved" with this proposal. UCD has about 5,300 acres, if they want to pursue development.

Wondering if there's any way to convince the developer to simply drop their proposal, at this point. Perhaps selling-off the development rights as mitigation for the other two peripheral developments that were recently approved. Maybe it will take a loss at the ballot box (first), before this can occur.

In any case, any traffic study should be required to examine all traffic impacts - including those commuting to the site from places like Woodland. (Which will also be getting it's own "innovation center/housing development" - creating even more traffic through Davis.)

Other variables include redirecting of traffic (from I-80) from cell-phone applications, which is increasingly unpredictable. (Which may also have a seasonal component - e.g., those traveling to the mountains during ski season.)