Some important clarifications on EIR updates for the ARC 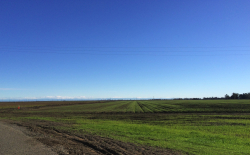 Five commenters addressed the item, including three commenters whose prepared comments appear in a sister article to this one.  Together, these comments made clear why an issue this substantive should never have been on the Consent Calendar in the first place, which is meant for uncontroversial issues that don’t require discussion.

Interestingly, in stark contrast to the last meeting where ARC was on the Consent Calendar, there were no student speakers in support of the project, corroborating the appearance that the previous speakers were coordinated and arranged.

These comments turned out to be productive ones, with the City Manager’s response providing clarification of a number of issues that were not in the staff or consultant report.  For example:

Mayor Brett Lee further indicated that, given the controversial nature of this large project, future items concerning it should probably not be on the Consent Calendar, which was good to hear.

Unfortunately, there were several issues that were not addressed:

So, I cannot say that there was a robust discussion and analysis of the issues at the meeting.  In the end, it was pro-forma, accepting the consultant’s and staff’s advice without digging deeper.

Even though the Council’s lack of engagement was discouraging, there were some positive outcomes, namely the additional information that we have learned and the promise not to put ARC items on the Consent Calendar in the future. Davisites would do well to keep an eye on the continuing discussion of this project (e.g., check the agendas for various commissions; it has already come to the Open Space and Habitat Commission, which I am on, and will be visiting other commissions soon) and to make sure that the promises made at the meeting are kept.

Again, Dr. Millstein, you are providing a great service to the citizens of Davis by scrutinizing this process and making fair observations and helpful, serious recommendations.

I am particularly heartened to read this: "The consultant will consider environmental impacts besides traffic, such as air quality, noise, greenhouse gases, health risks, and impacts on biological features." As a public health person these considerations are something I always look for and hope that our City is as progressive as it should be in regards to helping create the conditions under which we can lead healthy lives in Davis.

But there is obviously more work to be done..... including more detailed and more comprehensive planning and communicating and including the public.

I will continue to look here at the Davisite for information on this issue and will be communicating with members of our City Council for their views on these extremely important public health and related issues in consideration of development projects.

Thanks, John. You're right, public health is of great importance and your expertise in this area is sorely needed. I'm glad you're getting involved and hope that others do too.