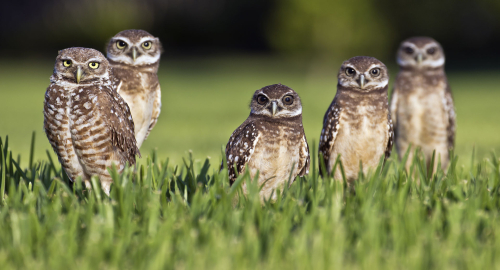 Yesterday afternoon at 3:15 PM, Assistant City Manager Ash Feeney sent emails to several people announcing the deadline would be extended for scoping comments on the ARC supplemental EIR. The new deadline for submitting comments is Dec. 16 at 5pm.

This email came less than 2 hours before the previous, now-superseded 5pm 12/9 deadline.

Feeney pointed toward an announcement on the City website: https://www.cityofdavis.org/city-hall/community-development-and-sustainability/development-projects/aggie-research-campus

This is the second deadline extension for ARC comments.

The email appears to have been sent to individuals who have already contacted the city about the ARC EIR and does not appear to have gone out to any other City lists or to have been posted on City social media sites. The Davis Enterprise was not notified. Several Davisites reported receiving the email at roughly the same time to the Davisite.

Feeney claims in the email that the extension is, “in response to the requests for additional time.”

This deadline extension comes after the City had been criticized for not following legally required EIR time guidelines for Notice of Proposal (NOP) and scoping meetings. Mr. Feeney has repeatedly stated that the City was not required to perform a scoping session and therefore did not need to follow the legally prescribed timetable.

On November 26th Mr. Feeney wrote in an email, "The only specific requirement for a lead agency to issue a NOP and hold a scoping meeting is at the outset of the initial environmental review of a project (CEQA Guidelines Section 15082).”

At the Dec. 2 Scoping Meeting, Sherri Meztker, Principal Planner for the City of Davis, stated that “before the council decided to have a scoping meeting, there wasn’t going to be one.”

This contradicts the City Manager’s statement at City Council on November 5th. At that time, he stated that despite the absence of a scoping meeting in the original consultant proposal, and the absence of the item in the schedule included in the staff report for the update to the EIR that, “While it was not within their scope of work, staff was planning to do a scoping meeting for public input on the scope, and once we have that date and time we will certainly post an announcement, and it will be open to the public to come in and provide feedback on the scope of the analysis being prepared.”

There was no public Council discussion about having or not having a scoping meeting for the MRIC EIR update.

At the Dec. 2 meeting I asked Ms. Metzker, “so the City intended not to have a meeting at all?”

To which Mr. Feeney stated, “There is no legal requirement when you're doing a supplemental EIR to do a scoping meeting.”

Nick Pappani, Vice President of Raney Planning & Management (the consultants performing the EIR) acknowledged that there is “usually a 30 day typical public review period for a notice of preparation which is the NOP, that is a requirement if you're at the beginning of the initial review of a CEQA project, so we are not at that point.”

I asked, “And once the city decides to send out a NOP, how is it that they decide they can send out an inadequate NOP?”

Pappani then claimed that “We haven’t issued a notice of preparation.”

But the announcement released by the City of Davis on Nov. 15 clearly states, “Notice of Scoping Meeting and Preparation of a Draft Environmental Impact Report” on the top.

To which Pappani responded, “It is not an official notice of preparation. One is not required, there is no legal requirement.”

Nonetheless, to its credit, the City did issue a document that might be a NOP on November 15th and provide for a scoping meeting of some sort (mostly an “open house” style meeting which limited the sharing of information) on December 2nd. It remains unclear, if once the City decides to perform a NOP and scoping session, do they need to follow the deadlines prescribed for a NOP by state law, or is the City allowed to do an irregular and inadequate NOP? The deadline extension may make this a moot question, since the new comment deadline now provides for the legally required NOP comment period, if it is legally required.

It also became clear just yesterday, the previous, now-superseded day of deadline for comments Dec. 9, that not all of the documents shown at the Dec. 3 meeting have been made available to the public after the meeting. Just yesterday a member of the public was told via email, “The applicant did bring a couple of draft exhibits that were more of a conceptual 3D rendering and birds eye view flyover illustrative that they have not yet submitted.  I checked in with them today and they said they intend final the draft exhibits and submit those two renderings over the next couple of days.  Once we have them, we will post them to the website.” It seems very strange that the city would allow draft exhibits that are now not available to the public to be part of a scoping meeting.

The whole process is seeming stranger and stranger.

One thing that seems certain is that it is citizen engagement that is revealing the strangeness of this proposal, and the process around it.

Sometime late afternoon on 12/9 either immediately before or possibly after the now-superseded 5pm 12/9 deadline, the City of Davis posted 4 new documents describing the ARC project to the City website. The site plans posted are the most detailed images of ARC yet. Several people have already turned in their comments and did not have an opportunity to view these more detailed renderings in preparing their comments. 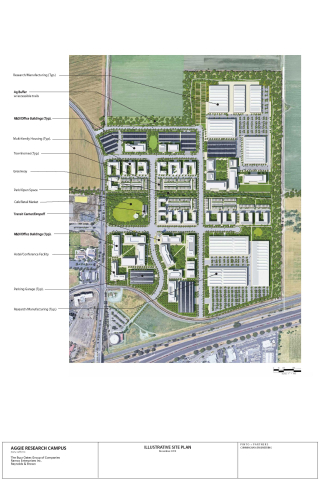 The most detailed ARC site plan revealed yet was posted on 12/9 within hours of the now suspended comment deadline.

Click the headlines below to read more in these recent Davisite stories about the ARC project irregularities:

►  Some important clarifications on EIR updates for the ARC

►  Business park outside of Mace curve takes another step

* Burrowing owl photo used under creative commons license. This image, which was originally posted to Flickr, was uploaded to Commons using Flickr upload bot on 26 August 2011, 22:02 by Apalsola. On that date, it was confirmed to be licensed under the terms of the license indicated.

Good heavens...the illustration is pretty shocking. Looks like a massive amount of ultra-high density housing shoe-horned onto the parcel which should be entirely commercial. The entire reason for considering a tech park was to generate revenue, not to have an enormous amount of housing added in after a "bait and switch" by the developers. This looks more like an "Ant Farm" than an attractive tech park.

There is no way that this proposal with so much housing would yield the revenue that a commercial only project would. Plus, the impacts of traffic and on circulation would be massive, not to mention the costs due to City services like fire and police.
This project needs to be commercial only, not mixed use.

Those internal streets are so wide - designed for vehicles travelling 40 or 50 mph.

My favorite part of the design is the lovely bike path to nowhere. Given that the state of our current bike paths(particularly the 5th Street path)are in such horrible condition that it is "safer" to ride on a very busy main artery, the connectivity is just an illusion.