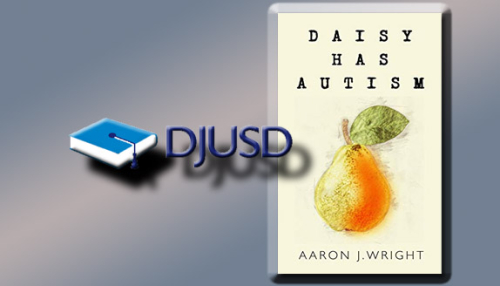 I wrote “Daisy Has Autism” to give a voice to those struggling with the state of special education services in Davis. “Daisy” was also a sorrowful goodbye to the town that I loved and called home for nearly 20 years. I felt obligated to shed a light upon the neglect, marginalization, and removal of disabled children from our community. I prepared for a backlash to my book, but I believed our community still capable of driving a legitimate discussion about the treatment of children.

Tragically, as publication neared, that confidence was destroyed. When DJUSD student Max Benson was killed at the school where our administration had placed him, the coverage in Davis was anemic. No discussion regarding the absence of an appropriate education program within the community to which he belonged took place. Had any non-disabled child in Davis been made to take a bus 80 miles a day because of a lack of educational materials or teachers, there would have been a furor.

I never expected an educational utopia for my children. Bruises were to be expected and germs build immunity. I, like others, believed in the schools enough to pass parcel taxes, support school board candidates, volunteer, and work on boards of PTAs. Comfortably removed from the guilt associated with sending children to private schools, many families accepted the pressure by the schools for the soft money needed to mitigate dwindling site funds and increasing out-of-pocket costs to teachers.

The special education system is fundamentally conflicted. Schools are both responsible for identifying disabled children and then providing them with services. Imagine if your doctor was simultaneously responsible for diagnosing and paying for your care. How much would you trust her decisions?

In 2006, DJUSD paid for a Fiscal Crisis Management Advisory Team evaluation. One of DJUSD’s top concerns was the amount of money required to educate disabled students. The District embraced FCMAT’s formal recommendation to curtail costs by limiting special education enrollment, even though identifying and serving children is mandated by federal law.

DJUSD’s webpage misleads parents about disability identification and adds unnecessary hindrances to an already slow process. Delaying tactics, along with other more nefarious methods, have been effective in reducing special education enrollment. There are 45 percent fewer children enrolled in special education as kindergarteners as there are in fifth grade in Davis. The wait-for-the-child-to-fail construct is as scientifically sound as throwing a child in a lake and waiting for her to drown before allowing a meeting to discuss swimming lessons.

The opposition to enrollment has lasting consequences for children and their families. Over 25 percent of fifth- and sixth-grade Davis students who report that they are victims of bullying, list their disability as causative. Seven years after the FCMAT report’s publication, then-student services director Pamela Mari stated that the big rise DJUSD was seeing in suicide risk was directly related to special education issues. It is no wonder then why DSIS admits a disproportionately higher percentage of special education students in Davis.

Parents believe in supporting schools and teachers who work long hours to make sure children leave their classrooms fulfilled. But teachers are leaving, in part because they have been forced to accommodate more and more disabled students without formal supports. To blame teacher retention solely on the oft-cited pay gap is a purposeful manipulation of the narrative.

The DJUSD high school graduation rate hovers at an exceptionally high-to-mid-90 percent range and rarely will students drop out. An acknowledged racial achievement gap exists within these numbers, but a hidden and even larger gap exists for disabled children. Twenty-five percent of children in special education will not graduate, one in 10 will drop out, and only one in four will meet the UC/CSU requirements.

In response to anti-immigrant rhetoric, DJUSD boldly proclaimed that “everyone is welcome.” This public stance offered no consolation to the one-in-six families raising a child with a disability. DJUSD vowed never to call ICE, but they certainly have no qualms about calling CPS as a means of intimidating special needs families and punishing them for the behavioral issues the district, has itself, helped to create. Belonging means so much more than being allowed inside the classroom, but even that is all too often stripped from children like Max.

Complaints filed in California related to special education have nearly doubled in this decade and Davis has contributed its fair share. I never imagined our school system would actively use taxpayer funds to falsify and to unlawfully release student records, thwart civil rights, and engage in open hostility. But it has. Davis’ critical flaw is the suppression of the voices of the oppressed while doling out steady declarations of progressive values. This was the privilege afforded the GATE/AIM community: an independent program review and multiple public hearings.

I believe that the majority who choose to be educators want only the best for all children. I’m sure that some will dismiss “Daisy” as sour grapes. A few, loyal to their schools, may publicly offer an alternative perspective. But too many other families in Davis have had an experience similar to my own. All too often they lose the struggle to get a school site to take seriously, or even acknowledge, a disability.

To the people who held Max face down for over an hour until he asphyxiated, his existence was seen as one undeserving of human dignity. To the system that sent Max to the place where he died, his importance was measured by a budget ledger. By adding physical and emotional distance between individuals with disabilities and our community, we amplify indifference. When we ignore the needs of disabled children in the classroom, we tell teachers that their professional opinions do not matter. Max deserved to be educated alongside his nondisabled peers and they deserved to learn alongside him. That was the root cause of his death.

* “Daisy Has Autism” is available localy at the Avid Reader, and anywhere books are sold.