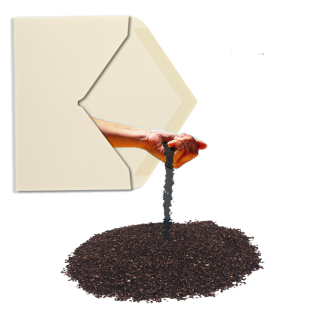 The author provided this email from the Enterprise:

Good morning Carey Ann,
With the election season upon us, we're inundated with campaign letters, and we really don't have room for the "What Will Arnold said" controversy anymore. I appreciate that you have strong feelings on the matter, but the community conversation has moved on, and we have to use our space for more relevant discussions.
Best,
————
Sebastian Onate
Editor
The Davis Enterprise

To the Editor of the Davis Enterprise,

The other day I read a very disturbing letter signed by Eric Gudz in the Enterprise. I found it insulting and insensitive. I am not one to get involved politically, but this got personal for me. I have spent much of my life working creatively with people with perceived disabilities, both physical and mental. People’s mental and physical states in general are fragile – we all are sensitive to insult and attack.

How is it that it is okay to do this in the ‘political’ arena? How is it that many rules of human decency and etiquette are tossed out the window for the sake of ‘politics’? Replaced with smearing of genuinely concerned community members, motivated by truth and transparency. How is pointing out our city’s copious areas of opportunity for improvement worthy of attacking people’s mental states?

“I wish that they would just seek help and heal,” is really not an okay way to speak to anyone, especially publicly. When and for what people seek help is a very individual and private decision. Healing is also very personal. To use this as a means of attack on people is a very low blow. Especially at a time when many are suffering from mental illness for a myriad of reasons. We must be sensitive to one another in our quest for transparency, truth and open governing.

To condescendingly pretend to feel sorry and tune out the voices of our community, regardless of mental wellness, and to refer to their words as “thinly veiled nonsense,” is rude at best. I wish for our Davis citizenry to move forward in fair, honest and civil discourse. Of course things get heated sometimes, such it is in human democracy. When we fall to the pits of insulting and attacking people who come forward to speak their concerns, we have stepped into sad times. It is important that we all look out for each other, and allow everyone’s voice to be heard without fear of verbal defamation, regardless of mental wellness. Lastly, using mental illness disparagingly additionally can discourage people from seeking help.

Thank you for this, Carey Ann Hunt. With so much tragic mental illness in the news, I would have thought that Davisites would know better than to sling around mental illness as an insult in order to silence voices that one does not agree with. Apparently not.

Thank you to The Davisite for publishing both Cary Ann's AND Sebastian Onate's reply. Given the importance of the issue raised in the first place, how does Onate know "the community conversation has moved on?" With reduction in the frequency and size of The Enterprise, the range of coverage of issues and the generous space given to community voices by Debbie Davis, the former editor, over many years in the past seems to be over. Sad.

If The Enterprise space is going to be so limited, then now that we are moving to representation by district, maybe a new feature of The Davisite might be district pages for district issues?

While neither the Enterprise or the Vanguard are obligated to publish everything presented to their platforms I am saddened by the unwillingness of both to allow for a public debate of uncomfortable ideas or opinions.

I agree Ron. I can understand how in some instances a print paper may be limited in its capacity to print everything it receives. For example, it would be unreasonable for the New York Times to be expected to print everything it receives. In this case however, the Enterprise has chosen not to publish a timely and relevant direct response to a particularly ugly letter. Frankly, I am more puzzled as to why they would publish the Gudz letter in the first place. The editors excuse rings hollow, leaving the decision not to publish Carey Ann’s letter looking more political.

The case of the Vanguard is extremely troubling. I have been in communication with a member of the board regarding the censorship of commenters. The Board members last email to me claimed the right to delete or edit any comment at any time. In the last few months the Vanguard has been removing comments that are clearly consistent with the blog’s guidelines for what appears to be personal grudges or political disagreements.

I find the Vanguard development very troubling because they are clearly violating their own guiding principals in addition to their specific policies. The vanguard claims it will post any competing point of view in its guiding principals, but in practice it clearly does not.

I am left with some troubling questions:What other letters is the Enterprise choosing not to publish?

The Vanguard retroactively deleted all posts from a specific commenter going back several days. Will they now take this further and edit and delete other last comments that they disagree with?

It’s a dark time for free speech in Davis.

"The case of the Vanguard is extremely troubling."

I'll say. I'm hoping to write an article regarding that, shortly.