Wiener’s housing deregulation bill is back!
Arnold Letter Is Insulting

Note: The following letter was sent to the Davis Enterprise on December 20, 2019, but so far they have chosen not to publish it. 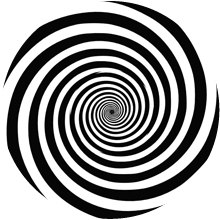 After my previous letter to the editor concerning unprofessional and rude behavior at the City Council was published, I had hoped to say nothing further about the matter, especially after seeing Anne Ternus-Bellamy’s excellent December 6 summary of events. Unfortunately, Brian Horsfield responded by mispresenting what had happened and accusing me of lying. Eric Gudz likewise misrepresented the facts and accused me of “smearing” Councilmember Will Arnold.

So, I feel the facts need to be set straight. I refer the reader to Ternus-Bellamy’s article, but to reiterate: On three separate occasions, several Davisites and I took our personal evening time to go to Council meetings, pointing out vague and conflicting project descriptions, the absence of information on City websites, the dearth of opportunity for citizen input into projects, and more. (See, e.g., here and here).

Two of the three meetings concerned the proposed ~200 acre business park outside of Mace Curve; the third concerned a housing project on Olive Drive. In all three cases we urged transparency and point out that controversial items should not be on the Consent Calendar, which is meant for uncontroversial items that require no staff presentation and no Council questions.

In response (and here I quote from Ternus-Bellamy’s article), Councilmember Arnold said: “Whether it’s non-controversial, that’s a bit of a more vague circumstance. I used to think, for example, that the Earth being round was non-controversial. I unfortunately found out recently that there is controversy to that, supposedly, so I suppose anything could be controversial.”

In other words, Councilmember Arnold did exactly what I said he did. To quote myself, “he compared us to Flat-Earthers.”

As a UCD professor specializing in philosophy of science, I very much resent being compared to the most irrational of science deniers. It was rude and unprofessional for Councilmember Arnold to do so, especially since it turned out that all of our complaints, about missing information on the website and about the possibility of such items being on the regular agenda, turned out to be true.

I once again call on the City and its citizens to do better.

Okay, it was rude. Seems he was frustrated because he thought it was a routine item. One question, how long are you going to beat this dead horse?

But time has shown that these are NOT routine items. See, e.g., these posts from Colin Walsh:

The City Council should have been asking questions. Instead, we got berated for trying to get them to do their job.

And now two Davisites have taken it upon themselves to join in -- and even worse, to misrepresent what was said. That was what this letter is about. Eric Gudz ran for City Council and is currently Chairing the Bicycling, etc. Commission. Is this the appropriate behavior? Is it good for city discourse if people get attacked for speaking up? I'll answer my own rhetorical question: No, it isn't.

Those who live in glass houses should not throw stones.

JB Webb, that is true. But you seem to be implying that I have insulted someone.

I'm going to wade in, but also go back to what seems the original issue: what is controversial and what is not? What should be a separate agenda item vs. consent calendar.

Environmental reviews of proposed developments are required by law. The City requires a council action to initiate such a review. The planning department requires certain minimum (and it really is a minimum) of information be filed before a project is accepted for review and possible council action.

The question for me is, given that the project has been accepted by the planning department and meets their requirement for review, what makes a project so controversial that it requires a separate council agenda item to approve an environmental review. Should the council take the time to discuss the merits or content of a project proposal before the environmental review begins? If the council wants the planning department to complete a more thorough review of a project BEFORE acceptance for then that's a different issue and something for the city manager to deal with.

I don't know what the answers are (and maybe I'm not asking appropriate questions), but it seems like many Davisite readers are very unhappy with the city's process of approving/disapproving development projects in the town. Other groups have also been critical of the city's process about densification, updating the Downtown Plan, etc. Unfortunately, there doesn't seem to be a significant movement for change in this area. I'm not sure the public comment period in front of council will make much difference. Twenty years ago the voters instituted a measure to put to a vote certain development projects. It was a big change. Measure R is ip for renewal this year and there are rumblings about changing the measure. Maybe now is the time to propose a 'new' Measure R that shifts the planning process.

(I'm speaking only of the Olive Drive item, not the ARC proposal - of which, I admit, I don't know much about except the issues about Mace Blvd. traffic and the acres and acres of asphalt for parking - ugh! I'm also not referring to the lateness of the posting of the project on the city's website.)

Thank you for your thoughtful comments, Robert.

Here is my take:

When a new, large project comes before the City Council, there should be a staff presentation so that citizens know about the project and know that it is moving forward. City Manager Webb has already indicated that it would be allowable to have such a presentation.

1) What's a "large" project"? For instance, would the recently-built in-fill project in the 400 block of J Street (four structures and I think 6 units) qualify?

2) Re. making sure the council knows what they "are sending down the pike for environmental review": This could be seen by some as "scope creep," i.e. moving from policymaking to managing staff's responsibilities (City Manager domain?). Sloppiness on the part of staff or not doing their due diligence seems like a City Manager's responsibility.

3) Re. Nos. 2 & 3 on your list: Do you think there should be a longer review period for projects before they are sent to the council for the OK for environmental review? For instance, in the case of Olive Drive, do you think it should have been an informational item at one meeting and voted on via consent calendar at the next meeting, with the usual option of pulling from consent for comment?

re: 1: I don't know about that project, so I hesitate to give an opinion. It doesn't sound that large, but the details might matter. Another criterion might be whether something is likely to be controversial. How do we know that? Experience of what's been controversial in the past. But anyway, of course there will always be grey cases. That being said, I don't think anyone would deny that Olive and ARC are large projects by Davis standards.

re: 2: And who oversees the CM? I think that's the CC. I think it is very much their job to ask questions, both to make sure they understand and also to point out any potential problems. I think many problems the City has had in the past can be traced to the CC uncritically accepting staff reports. (Before you ask, "and who watches the CC? That would be us. And who watches us? We watch each other. Clearly. :) ).

I believe we may differ on the boundary between council as policymakers and council as managers. And I do agree that there have been some instances lately of lousy staff reports - and not just from the planning department.

Yes, we may have different visions for the role of the CC. But you agree that there have been some problematic staff reports. How do you think they should be handled? What if the pattern continues?