Letter: Provenza is a staunch advocate for at-risk children
Mace: The Voice of Experience 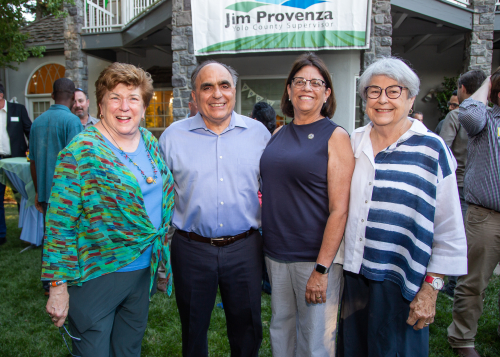 Letter to the Editor

I am supporting Jim Provenza for re-election to the Yolo County Board of Supervisors. I served with Jim on the Board and also worked with him when I was a member of the California Assembly.

While working at the capitol, Jim was responsible for numerous bills expanding protection for victims of domestic violence and sexual assault, including California’s stalking law and the legislation permitting a court to remove guns from those who commit domestic assaults. He also drafted and was instrumental in the enactment of California’s current hate crime law.

As a member of the Yolo County Board of Supervisors, Jim is a compassionate leader who works to assure that essential services, such as mental health, suicide prevention, and the Yolo Food Bank, receive the funding needed to protect our most vulnerable residents. By using tobacco settlement funds and obtaining outside funding, he has been able to do this with a balanced budget and no increase in taxes.

I was particularly impressed by Jim’s ability as chair of First 5 Yolo to obtain millions of dollars in state funding for Yolo’s early childhood prevention and intervention programs. These efforts will significantly improve the lives of our at-risk children.

Jim works hard to the meet needs of all of his constituents; rich, poor and in-between. He always does his homework and is prepared, listens

to all viewpoints and is fair and civil to all those who appear before the Board.

Please join me in supporting Jim Provenza for re-election to the Board of Supervisors on March 3.

Helen's endorsement means a lot to me..... she cites her close work with Mr. Provenza on the Board of Supervisors; his successful efforts/activities supporting services which are of great importance to families in our area; his depth of experience in government; Mr. Provenza's ability and track record in prudent fiscal management; his hard work (does his homework) and civil approach to ALL constituents..... well, I was leaning towards Provenza anyway but this endorsement from Helen seals the deal for me!!