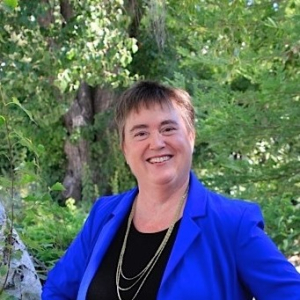 I strongly support term limits in California politics and agree with those imposed on our state legislators. I think the longer an elected office-holder is in the same job the more entrenched they become with their same ideology and their same old ways of doing things. That's no longer enough given the huge challenges facing our planet, our country, and our county.

For instance, on a local level, Yolo Co. still has an extremely regressive criminal justice system that disproportionately hammers even non-violent low-income defendants of color and minority youth.

We still have an exploding homeless population that shows no signs of abating. Yet our Supervisors are only using short-term band-aids to try to alleviate this glaring problem and have yet to enact a long-term comprehensive plan to address our homeless and housing crisis.

Yolo Co. is still increasing its carbon footprint every year while the world is burning and the Supervisors have yet to declare a climate emergency or implement policies to reduce greenhouse gas emissions that have already been adopted by the City of Davis and more progressive communities.

Enough is enough. Jim Provenza is a very nice man and truly believes in what he is doing. But he has had 12 years to make his mark on Yolo Co. and there has barely been a dent in improving the lives of the most vulnerable people in our midst.

It's time we changed the make-up of our staid, male-dominated Board of Supervisors and their same old ways. Endorsed by one of my favorite local progressive heroes, Public Defender and 2018 Yolo Co. District Attorney candidate, Dean Johannson, Linda Deos will work for the little and forgotten people in our county.

Linda Deos gets my vote.

I was shocked to see this mean-spirited hit-piece as a letter-to-the-editor in the Enterprise and I am shocked to see it printed here. I feel I have to respond.

I have known Jim for over 25 years and know him to be a dedicated advocate for those who cannot speak for themselves. For most of his life, Jim has worked tirelessly for equality, social justice and civil rights.

Right out of law school, Jim represented victims of domestic violence, child abuse, civil rights violations, and housing and jobs discrimination. He was instrumental in enactment of California's current hate crimes law and he sponsored legislation that made sexual orientation and disability protected classes.

As our supervisor, he has focused on helping the vulnerable in our community-our children, seniors, disabled and the poor. As chair of First 5 Yolo, he helped raise millions to provide health, safety and early learning for our children. He established and chairs the Healthy Aging Alliance that advocates for the needs of seniors. He is credited with helping save the Yolo Crisis Nursery in Davis when it was in danger of closure. And, due partly to Jim's efforts, we are one of only three counties in the state that helps residents fighting unjust deportation actions.

As supervisor, Jim was also instrumental in the enactment of one of the strongest ag land mitigation ordinances in the state, including 3 to 1 mitigation for development on our farmland. He helped establish in Yolo County one Calfornia's fist Climate Action Plans, meeting and exceeding our goals for GHG reductions.

I have lived in Davis since I came here as a student in 1965. I have seen a lot of electeds come and go. I am very much impressed with the work Jim has done. He has earned another 4 years as our District 4 supervisor.