Helen Thompson: Provenza works hard for ALL constituents
Head in the Clouds with Civil Air Patrol

Mace: The Voice of Experience

Comments regarding the ARC Business Park  delivered to the City of Davis Planning Commission on February, 26 by Charlene Henwood 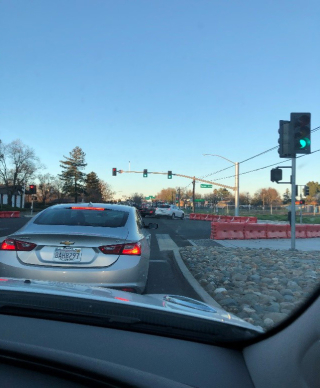 My name is Charlene Henwood and I am a South Davis resident speaking with the voice of experience from over a year watching the Mace Mess unfold.

First, let’s set the record straight – despite the use of the word "Aggie" in the project name, the Aggie Research Campus (ARC) project has nothing to do with UCD.  It is not sponsored or sanctioned by the University.  It is a City/Developer collaboration to increase tax revenues to the City. However, according to the last fiscal analysis, after all of the construction is done, the City may reap only $1M dollars per year in net revenues after expenses.  To put this into perspective, the City has blown nearly $4M on making a hash of South Mace Boulevard, and they're still spending like drunken sailors trying to fix the mess they made. 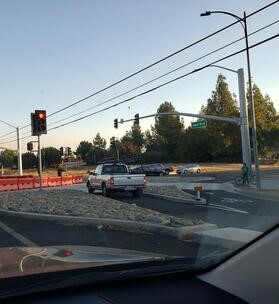 Sometimes cars get stuck in the bikelane on Mace

So, just a few words to let you know what we’re in for if this project goes forward. The current Mace Mess is caused by only 400 additional commuter trips per 2-hour peak commute period diverted to Mace by the WAZE driving app. Residents living in neighborhoods off Mace are routinely blockaded in their neighborhoods for 2-3 hours on Thursday and Friday evenings and on afternoons before holidays,

The City's traffic engineers have predicted that the ARC project will generate14K-plus new daily car trips with most concentrated in the peak commute periods.  The City wants us to believe they can manage 14K trips per day on the existing roadway when they can't even manage 400 extra trips over a 2-hour peak commute period without gridlocking Mace both north and south of I-80. I’m pretty sure that adding 14K car trips a day will make congestion and gridlock a permanent, everyday feature on all of Mace. 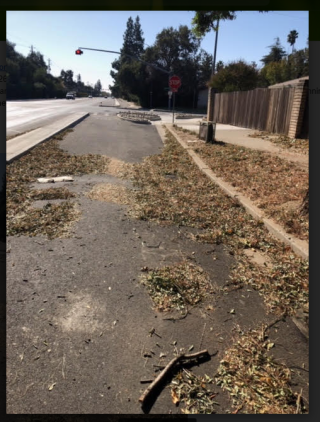 It is not just the traffic gridlock that is a problem.  All south Davis residents living near Mace have had to deal with increased pollution and noise as cars idle for hours in a mile-long line in front of their homes.  And we have seen dozens of accidents and near misses as frustrated WAZE drivers zoom through residential neighborhoods trying to bypass the Mace gridlock to get to I-80.  All of this is so the City can maybe bring in an extra million bucks a year.

Please reject this irresponsible development. It is a throwback to the car-centric developments of the 1970s and has no place in modern urban planning and certainly not in Davis. Thank you for listening.

Bikes can be trapped on the wrogn side of the curb from the bikeline and are forced to navigate cars at close quaters.

I have yet to see anyone address who was responsible for conducting traffic studies regarding the Mace Mess, before the changes were implemented.

Nor have I seen whether or not spending additional money (to essentially "switch it back" to 4 lanes on Mace) is actually going to solve the problem, at this point.

In any case, perhaps this entire fiasco will be a lesson regarding the strings that are attached to SACOG money.

I'm also wondering if cell-phone applications (such as WAZE) make traffic studies in locations near commuting corridors nearly-impossible to perform (accurately). Perhaps something to keep in mind, regarding the upcoming traffic study for ARC.