So many reasons to vote for Provenza
Letter: Beyond foolish to lose such an effective advocate 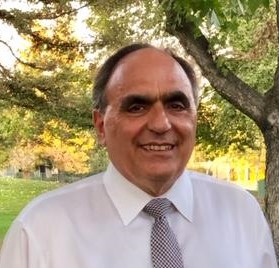 I have known Jim Provenza for over 25 years.  Jim is a dedicated advocate for those who cannot speak for themselves.  For most of his life, he has worked tirelessly for equality, social justice, and civil rights.

In his first jobs after law school, he represented victims of domestic violence, child abuse, civil rights violations, and housing and job discrimination.  As legislative counsel, he was instrumental in the enactment of California’s current hate crimes law.  As legislative advocate, he sponsored legislation that made sexual orientation and disability protected classes.

As our supervisor, he has focused on helping the vulnerable--our children, seniors, disabled, the poor.  As Chair of First 5 Yolo, he helped raise millions to provide healthcare, safety and early learning for our children.  He established and chairs the Healthy Aging Alliance that advocates for the needs of seniors.   He is credited with helping save the Yolo Crisis Nursery in Davis when it was in danger of closure.  And, due partly to Jim’s efforts, we are one of only three counties in the state that helps residents fighting unjust deportation actions.

Jim is an advocate for our agricultural heritage and environmental protection.  He was instrumental in enactment of one of the strongest agricultural land protection ordinances in the state, including 3-to-1 mitigation for development on Yolo County farmland.  He supports the Williamson Act and other incentives to keep land in agriculture.  He has served for several years on the Delta Conservancy and has helped obtain millions in funding for water and habitat projects.  He supports the Yolo Basin Foundation and efforts to promote habitat for migrating birds.

Jim is an advocate for the importance of reduction of greenhouse gases in our communities.  He helped establish in Yolo County one of California’s first Climate Action Plans, meeting and exceeding our goals for GHG reductions.   He voted to establish Valley Green Energy to provide increased renewable energy for our communities.

I’ve lived in Davis since 1965.  I’ve worked with many electeds.  Jim’s record and commitment as our supervisor are outstanding.  He has earned our support.  Join me in re-electing Jim Provenza for supervisor.