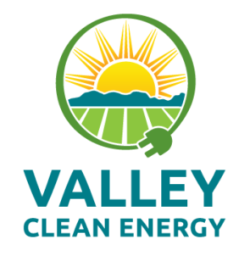 (From press release) The Valley Clean Energy Alliance has announced that its board of directors voted Thursday, Feb. 13, to purchase 50 megawatts of renewable power from a new solar park in Kings County.

The power from the park will replace current short-term power contracts allowing VCE to deliver higher levels of renewable power at competitive prices.

“Valley Clean Energy is pleased to have CIM Group’s Aquamarine project as a new, long-term partner,” said Don Saylor, a Yolo County supervisor and VCE board chair. “This solar project is a win-win enterprise, generating cost-effective renewable power on brownfield land that is unusable for agriculture due to excess salt accumulation in the soil.”

The Aquamarine project was selected via a solicitation process in which dozens of projects competed. The decision was based on criteria adopted by the VCE board designed to select cost-effective California-based renewable projects that minimize impacts on prime farmland and avoid environmentally protected species and habitat.

Westlands Solar Park scored well on these criteria and has strong support from both agricultural and environmental organizations.

“We considered location, sensitivity to impacts on land and the environment, development progress, renewable technology and economics in making our choice,” Saylor said.

In addition to this first 50 MW, Saylor said the VCE board looks forward to contracting for additional energy in the near future. He added that VCE is actively taking steps with multiple renewable power producers to procure 75 percent renewable energy by 2022.

“Each move we make toward ‘greening’ our power portfolio with cost-effective, clean sources is a step toward a better energy future for our planet,” added Dan Carson, a Davis City Council member and VCE board vice chair.

About VCE: Valley Clean Energy is a not-for-profit public agency formed in June 2018 to provide electrical generation service to customers in Woodland, Davis, and the unincorporated areas of Yolo County. The city of Winters is VCE’s newest member. VCE’s mission is to source cost-competitive clean electricity while providing product choice, price stability, energy efficiency, greenhouse gas emission reductions and reinvestment in the communities we serve.