The Yolo County elections office website states, “What you cannot do at any Yolo County polling place… Campaign or discuss your vote (The state ban on electioneering within 100 feet of any polling place also applies to apparel).” This clearly includes election signs.

But these photos taken at 7:10 this morning - shortly after the polling place was open - show electioneering happening at the Tandem Properties Polling Place. A Vote Here sign has even been placed practically on top of a Yes on Q sign. 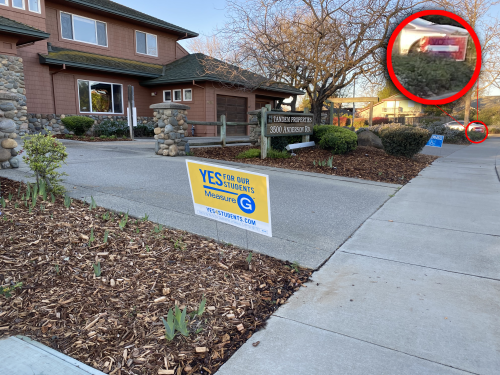 There is also a Yes on G sign prominently displayed in front of the Tandem Properties this morning.

John Whitcombe one of the primary owners of Tandem Property, and the Nishi project gave Linda Deos $1,000 in this election.  Tandem is one of the largest apartment owners in Davis owning 13 complexes in Davis and on the UCD Campus including: Adobe at Evergreen, Anderson Place, Arlington Farm, Atrium at La Rue Park, Casitas, Chaparral, Chautauqua, Russell Park, Sundance, Suntree, The Colleges at La Rue, and The Willows. Measure G, Q and Linda Deos signs are also prominently placed the Tandem apartment complexes.

In a quick unscientific survey of a few other nearby polling places, no other location seemed to have signs placed as close as Tandem does.

At 8:30 am, the Yolo County Election office phone is ringing through to voice mail and a message stating the office opens at 8:00 am. 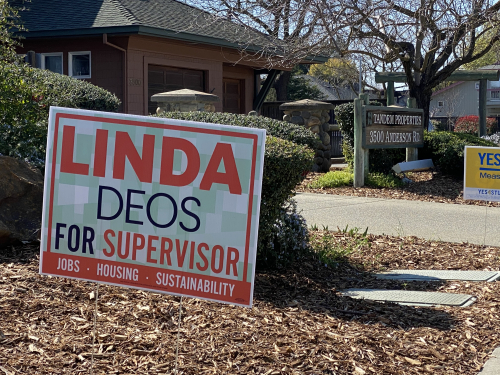 This photo taken 3/3/2020 - election day - seems to have been moved from directly in front of the Tandem office to either the corner of the property or the public right of way. 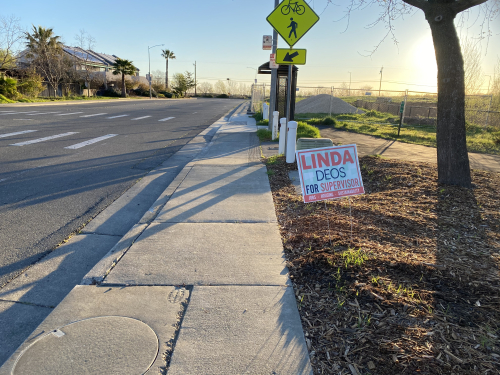 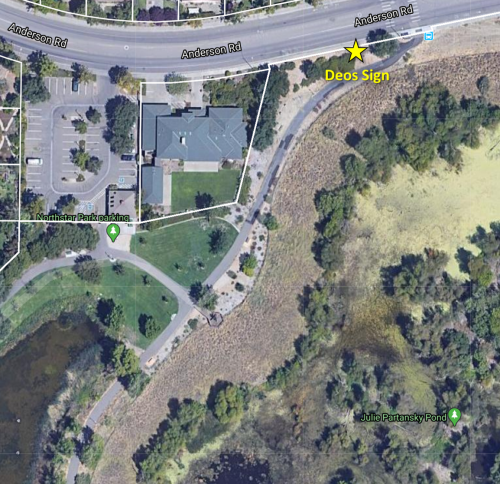 Years ago while voting at the Wildhorse Golf Course there were Prop 8 opponents actively approaching voters as they entered the building.