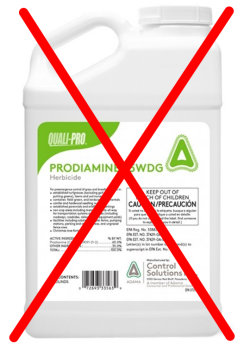 The following is reprinted with permission of the author.

To: Recreation and Parks Commission

From: Alan Pryor, Member of the Hazardous Material Subcommittee of the Natural Resources Commission (but communicating as a private citizen)

Re: Volunteers are Needed to Keep Davis' Parks and Pike Paths Aesthetically Pleasing and Green and Pesticide-Free

During the very broad discussion on the state of the City's finances at last night's City Council meeting, the tone was very somber as the City discussed a potentially dire revenue shortfall of up to $10M this year with the economy and City income possibly taking 6 – 7 years to fully recover.

City Manager Mike Webb summed up Staff's presentation with the announcement that he has directed all department heads to seriously begin to consider all possible cost cutting measures in their department. Basically, we can expect across the board cuts to all department budgets and the Department of Parks and Recreation will certainly not be exempt from the pain.

This projected revenue shortfall could have immediate and lasting effects the aesthetics of our parks and greenbelts if not mitigated in some fashion. I have spoken to this group in the past on several occasions during public comments and have been an outspoken advocate about the beneficial impact that volunteerism in park maintenance can have on minimizing the effects of Park's maintenance funding shortfalls and elimination of the use of pesticides.

The current negative impacts of the pandemic on City revenues and budget shortages only reinforces the need for the City to broadly engage volunteers in our City to assist with basic park maintenance tasks such as weeding and spreading mulch if we want to maintain our parks without a wholesale return to massive herbicide use. Fortunately, the City Council has recently specifically directed Staff to explore the advantages of the use of public outreach and volunteer labor in park and bike path maintenance.

At their January 28, 2020 meeting, our city Council Council received a proposal by Staff to return to widespread use of pre-emergent herbicide applications for landscaped areas in parks, greenbelts, and street medians throughout the City. The Staff Report indicated this proposed herbicide application of Prodiamine (its generic name) was determined by Staff's interim Integrated Pest Management (IPM) team to be compliant with existing City IPM policy and would provide improvements in the standards of service and aesthetics of the parks while reducing costs. At that time I personally vigorously objected to the use of this specific pre-emergent because it has been listed as a possible human carcinogen and probable human endocrine disrupter by the EPA and less toxic alternatives and cultural measures had not been carefully evaluated by Staff as is required under the current IPM policy.

Additionally, I noted at that time that the City has actually maintained our Parks and greenbelts without any pesticides for over 2 years and I was concerned that this proposal by Staff was undoing substantial progress that had been made to keep our parks and greenbelts free of toxic pesticides. I also stated that, contrary to Staff's statements, there have been absolutely no quantitative evidence that use of the herbicides had, in fact, reduced City park maintenance costs because previous efforts to quantify the financial impacts of pesticide use were hopelessly flawed and based almost entirely on anecdotal evidence. I finally noted that functionally no efforts had been made to date to enlist community help in maintaining their parks by potentially utilizing volunteers to help with the basic maintenance functions as had been successfully used on an informal basis in a number of parks in recent years in the City – particularly Slide Hill Park and Mace Ranch Park.

These objections fell on deaf ears, however. In approving the use of this herbicide at that January meeting, though, Council directed staff to have one of the City's outside on-call consulting engineering firms assess the proposed herbicide application in the continued absence of having a dedicated IPM specialist on Staff. Staff was to provide feedback to Council on the results of these efforts at a later date. Two weeks later Staff returned to Council with an update and the Staff Report at that time stated,

In addition to feedback and comments on the use of herbicides, staff also received comments which identified gaps in City outreach to the community around the benefits of non-chemical pest management practices and opportunities to volunteer to assist with non-chemical pest control efforts within local parks and greenbelts. Public Works Utilities and Operations team members will work with Parks and Community Services staff to prepare and post interpretive signs in parks and greenbelts to explain how landscaped areas are being managed. In addition, posted information will direct interested residents to volunteer opportunities to help maintain these areas." (Bold emphasis added)

I have reviewed the agendas for the Recreation and Parks Commission meeting for the past several months, however, I have noticed that Staff has not brought such a proposal forward to the Commission for your consideration and input.

Given the severe projected revenue shortfall expected for the City in the near term and the adverse effects this will have on the Parks and Recreation Department's budget in terms of parks and greenbelt maintenance, this task has taken on a new degree of urgency. I therefore urge Staff and the Commission to intensely work toward implementing such outreach and volunteer programs as soon as possible. Indeed, these proposed solutions will likely be critical in maintaining any semblance of normalcy and expected standards of service in our parks and greenbelts in the foreseeable future.

The time to begin these efforts was actually several months ago as directed by Council but the task has taken on new importance in the wake of the pandemic crisis. While social distancing requirement might prevent the immediate implementation of the use of volunteers for a few months until the social distancing standards are relaxed, this is a great time to lay the groundwork for placement of such signage in our parks and to begin the broad outreach and community engagement necessary to roll out volunteer programs as soon as possible when some level of social normalcy occurs.

Fortunately, you have on your Commission one of the foremost experts on community engagement and enlisting volunteers to help maintain the health and aesthetics of our parks and greenbelts. Indeed, the City honored her last year for her ongoing role in resurrecting such a volunteer effort in maintaining our the Community Park Gardens which have become a source of pride in Davis. It's time for Staff and the Recreation and Parks Commission to tap into that deep knowledge and understanding and further efforts to expand the success of that program City-wide. Given the current financial crisis we find ourselves in, I think our Parks and Greenbelts must demand such an intensive effort by Staff and I am sure your Commission will make valuable contributions towards those efforts.

I therefore urge you to agendize this matter at your very next meeting and request that Staff bring forward a preliminary proposal for your consideration at that time.

Thank you for your tireless efforts on behalf of our parks and greenbelts.

The decision to not use herbicides with no viable alternative plan is now very evident while driving or walking in many of the once beautifully maintained areas of Davis. I drive every day on Alhambra and Alhambra from Covell to Fifth is very overgrown. This is true all over Davis. Weeds in many areas are over a foot tall and overwhelm the nice shrubs underneath. This “scruffiness” certainly does nothing to enhance the neighborhoods nor does it help property values. It is just NOT acceptable by many. What about the fire hazard these overgrown areas present when our fire season is in full swing later in the Summer and Fall? I have lived here about ten years and when we moved here we were impressed with how neat the paths and streets were. It is certainly is not true now. Many folks who post on the South Davis Next Door Neighbor site are equally upset by the deterioration of Davis.