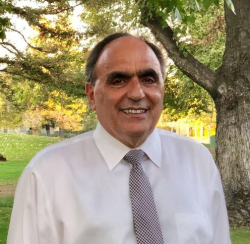 (From press release) At Tuesday's Yolo County Board of Supervisors meeting, Supervisor Jim Provenza introduced a resolution on behalf of the Yolo Climate Emergency Coalition, declaring a climate crisis in Yolo County and setting a countywide goal of achieving a carbon negative footprint by 2030.

The motion was approved, with support of Chair Sandy and Supervisors Villegas and Saylor, joining Provenza. Provenza also brought a separate motion to provide funding for a citizen's advisory body to advise the Board on developing and implementing the new Climate Action Plan. The Yolo County District Attorney agreed to use funds from a special account in his office to cover this cost. It is anticipated that the District Attorney's consumer and environmental unit will be a future partner in these efforts.


"Tuesday's Board actions put Yolo County on the path to becoming the statewide leader in the fight against global warming." stated Supervisor Provenza, "We must take bold action today to reduce our carbon output, plan on ways to mitigate the harm, and fund solutions that will benefit all residents of Yolo County," said Provenza.

Provenza continued, "President Kennedy challenged us in 1962 to land a person on the moon by the end of the decade. It was not easy, it was hard. However, our leaders embraced this seemingly unreachable goal. It was achieved when Neil Armstrong set foot on the Moon on July 22, 1969. In this same spirt, Yolo County has set a goal of achieving a carbon negative footprint by the end of this decade. It will be difficult, but together we can accomplish this objective so that our children and grandchildren can inherit a livable world. We must do so."

"Supervisor Provenza concluded by saying, "I thank the Yolo Climate Emergency Coalition for their hard work on this important measure. Yolo County will become a regional leader on climate change and set an example for the rest of our state and nation."