(From press release) On Tuesday, November 24, City of Davis Staff released the Agenda for the December 1 City Council meeting. Item Four concerns recommendations for appointment and re-appointment for City Commissions, with terms starting from January.

The recommendations are made by a Council sub-committee, newly composed of Mayor Gloria Partida and City Councilmember Dan Carson. (For a few years the sub-committee was now Former Mayor Brett Lee and now Vice-Mayor Lucas Frerichs.)

The appointments and re-appointments apply to 12 of the City’s Commissions, composed of sworn-in volunteers who normally complete two full terms of four years each before being termed-out. Earlier in the fall, current Commissioners - whether they termed out or not - were asked if they wanted to continue to serve.

Three current Commissioners - Todd Edelman from the Bicycling, Transportation and Street Safety Commission (BTSSC), Alan Pryor from the Natural Resources Commission (NRC), and Matt Williams from the Utilities Commission all expressed a desire to stay. None are recommended for re-appointment by the sub-committee. 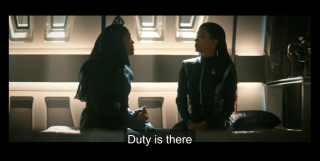 Continued  Edelman: “Matt Williams has only served a year, most of that as an Alternate. I served the last three years of a four-year term, expecting - as all Commissioners - the opportunity to serve a second - and this time full - four-year term.”

While there are formal differences relating to their times on the Council, all three have one significant thing in common.

“All three of us were critical of the DISC project and supported No on B,” said Edelman. “Commission Pryor - as a citizen - led the No on B campaign, Commissioner Williams was critical of the financial benefits and also traffic impacts, and I was on the BTSSC’s sub-committee on DISC, which found significant, negative or non-mitigated transportation aspects of the project, and I personally spoke against it repeatedly in my own comments to the EIR and in the local media”

Though the vote has not yet been certified, as of November 25, Measure B was losing by 16,288 votes to 14,891 votes. Mayor Partida and Councilmember Carson, on the Council sub-committee on Commissions, were also on the Council’s DISC sub-committee. Councilmember Carson actively coordinated the Yes on B campaign and defended the DISC project repeatedly on Facebook, NextDoor, in the Davis Enterprise, and in ads on You Tube.

“My initial reaction to my arguably extraordinary dismissal was extreme curiosity,” said Edelman, “But I quickly concluded that it would be naive to think that there was only a coincidental rejection of the Commissioners who had the same position on DISC.”

Edelman - one of the most pro-active members of the BTSSC since he joined in late 2017, received no explanation about the sub-committee's decision.

“Was it also about other issues?”, asked Edelman. While there was an attempt by mostly departing BTSSC members to remove Edelman from the Commission in early 2020, it resulted in a temporary suspension for two meetings - though the first one was cancelled due to lack of quorum and the second due to Covid-19 - and a facilitated discussion - led by Yolo Conflict Resolution Center - that was described by the BTSSC’s staff liaison has successful for the tasks it was allowed to fulfill, namely improving the relationship of Commission members to each other. The discussion also produced recommendations for process changes in the BTSSC, but only after the outside facilitation was over the BTSSC was told that it was not possible to discuss these on their own, as they would need to apply to all Commissions.

“I came to Davis to work on cycling development,” said Edelman, a child of immigrants, who through high school lived in different parts of Los Angeles area. Edelman moved to Davis after living in the Bay Area, New York City, Berlin and Prague, among others. “The Czech Republic’s capital was especially foundational in my understanding of urban form and transportation - especially bicycle and rail multi-modality. I also participated in several European projects, and I’m still in touch with other participants.

“I’m an activist - it’s my main thing - and I’ve pushed many important issues forward and created many successful motions or accepted amendments while on the BTSSC”, added Edelman. 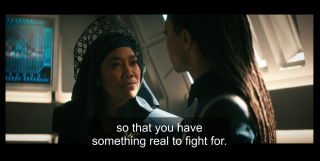 These include recommendations to City Council to lower the age and raise the weight limits of JUMP bike share - for which Edelman wrote an 18-page report, to reduce yard waste collection in the street for safety improvements and, more recently, an amendment to ensure that a design concept for infrastructure improvements on Anderson Rd. respected the City’s Street Standards. “Holistic engineering means dotting those i’s and crossing those t’s,” said Edelman, “but more specifically it requires following City standards and goals. The Anderson Rd. concept was only for a grant application for further design and planning, but it made no sense to present a concept that could not follow the Standards when fully designed, which I saw as a possibility.”

The BTSSC’s recommendation was nevertheless not included verbatim in the Staff Report presented in Consent at a Council meeting on October 27; the amendment about the Street Standards was deleted. Edelman wrote to Staff and Council at the time but received no response. “I then took issue with this with Staff at our November 12th meeting”, added Edelman, “Our Council liaison Brett Lee and Staff acknowledged the lack of response, but Staff also pushed back, saying that the omission was intentional because they felt it was not necessary for the application. I reacted strongly. Perhaps the Council didn’t like this tussle. But I stand by my response.”

On the agenda at the November meeting was a safer crossing for the multi-user path (MUP, typically called a “bike path”) at Catalina Dr. near Anza Ave.: Staff proposed options including a raised crossing. The Commission supported Todd’s motion in support of that option, but also adding removal of stop signs for users of the MUP. Edelman referenced the 2013 Transportation Element, which prioritizes active travel over other modes in situations where activity or space is contentious.

Edelman: “Prioritizing bicycle and pedestrian travel in this location matches the design philosophy for the Greenbelt paths in North Davis, including on this section which runs from the east side of Covell Park to Covell Blvd near Anderson, as they allow continuous movement without stopping. Hopefully this can create a precedent for other Greenbelt path crossings city-wide… but really I did nothing new here aside from making sure we were following already hard fought policy.

“My work is far from done, and I think that the BTSSC is one of the best tools for focusing this work. There are new tasks coming up, but our long-range calendar has had many things on it for months or longer. The bike share item about age and weight limits was on the Council’s long-range calendar, but then disappeared when bike share services were removed. It’s necessary to ensure that this issue is brought back to focus, as the City is thankfully trying to bring back bike share. Bike share will be on the BTSSC’s agenda’s soon, possibly in December, but definitely next year.

“But without explanation, or an interview,“ continued Edelman, “ I’ve been booted. It’s not only very personally-upsetting, it’s a faceful of dirt in every City volunteer and citizen who fights hard, honestly and transparently for what they believe in.”

“I request that the majority of Council return myself and the others to the Commissions on which we’ve worked so hard, and for free,” added Edelman, “and to make clear that Commissioners should never suffer even the appearance of political retribution for successfully opposing the City Council on a ballot measure, or for other personal differences with Council.”

Screenshots from “Star Trek: Discovery”, from CBS All Access.

I am very disturbed by this. It feels like retaliation. I hope that the City Council sees fit to overturn the recommendations of its subcommittee, because right now it does not appear as though democracy -- of which citizen participation is a foundation -- is being served.

I agree with Roberta that this is very disturbing. What do the other three council members think?

From article: “Commissioner Pryor had termed-out, already having served 12 years on the NRC,” said Commissioner Edelman,”, but two other Commissioners who had termed out were re-appointed."

Who were the other two who were allowed to remain? And what reason (if any) was provided for this difference?

Also, what reason was provided, regarding the recommendation to not allow Matt Williams to continue?

The subcommittee memo should answer your questions. As you can see, no reasons are provided for particular choices:

The two people who are termed out, yet being recommended for renewal, are W. Allen Lowry and Patrick Huber (per the document).

Ron O:
* The two other "termed out" people are listed at the "Item Four" document linked above.
* I've seen no answers provided by Council that relate to any of your other questions.

Thanks - this is concerning.

Roberta: In regard to Patrick Huber (who "termed out", but was nevertheless recommended for reappointment), he went so far as to write an article for the Vanguard in support of DISC.

One wonders if the subcommittee is attempting to "stack the commissions" in support of another attempt (or at least, appointing like-minded commissioners who support such proposals). Whether that's being done on purpose, or not.

If anyone shouldn't be "reappointed", I'd suggest the members of the subcommittee itself (Dan Carson and Gloria Partida). I'm getting tired of these divisive proposals being foisted upon the city.

Edelmen is surprised that his appointment wasn't renewed? Seriously? They didn't remove him when other members complained and let him serve out his term. I hope he didn't really confuse not being removed with a tenure that warranted reappointment.

The Council didn't agree with the Commission recommendation. By then I had already proposed to participate in a mediation, Council proposed similar and then we had a "facilitated discussion" managed by YCRC, and were successful in both establishing better rapport between myself and the Chair and Staff Liaison and coming up with a list of recommendations that we couldn't carry further due to formal issues, as mentioned, by decision of City Staff..

The recommendations would have likely gone forward to the Council; this would have also established the improved atmosphere (which had already improved well before the Council took this up in January 2020.) But since we couldn't do one and we couldn't do the other and I am not sure what Council learned about the meetings. They did not. as a body, acknowledge the improvements.