Davis Local Selected One of the Emerging Insurance Leaders In 2021
Really interesting interview with Dr. Michael Wilkes about sports during COVID.... lots of practical considerations you can use. 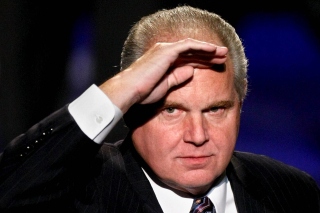 Rush Limbaugh
Ethan Miller/Getty Images - https://www.nytimes.com/2021/02/20/opinion/rush-limbaugh-women.html
I am reminded first of all that the date of death rather than birth is the one to remember for Jews as it demarcates the time in which we can be judged. This is the day we commemorate this person, and then also the yearly anniversary of that day.
For millions of Jewish victims in the Shoah - those killed in ghettos, on the way to or in concentration or death camps... and many others - there is no known precise date of death. For many it was decided that the day of their deportation would be the effective date, as at that time their fate was sealed.
Second, it's absolutely appropriate and valid to celebrate the end of an idea, or at least the engine that put certain ideas in place, or promoted them. In this case, a person is an engine (can also be a book, song, organization, etc.) In this, with Limbaugh, he was very nearly in control of his actions for most of his life. So you can celebrate it! Happily!
However, there was a time when this person was innocent, undamaged, etc. If it's not known, it seems to make sense to commemorate this person's life up to that point, where they turned. Perhaps they turned to f*ckedupary when they were in college, perhaps earlier, when they became an adult (not a precise definition.)  For many an appropriate time is when they were seven years old, because that's recognized as some kind of milestone year for personal formation and self-realization.
So when we celebrate the death of a dangerous (evil, etc.) engine in the form of a bag of bones, we also need to commemorate their transformation into that beast. After this point they started to determine their own fate.