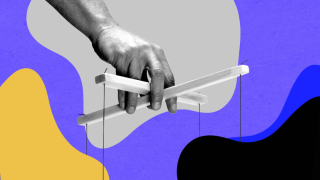 The following public comment by Matt Williams was delivered last night to the City Council regarding the Commission Appointments agenda item.

Madam Mayor, members of Council and City Staff, it has come to my attention from multiple disparate sources that the published Report for Item 7 on tonight's agenda was tampered with so that it does not reflect the actual results of the Subcommittee deliberations by Mayor Partida and Councilmember Carson. It is not clear from the information I have received whether the tampering was malicious or not, but it is crystal clear that Mayor Partida's views on the appointments were edited out of the document and Council member Carson's views were provided instead.

The Commission appointment process is supposed to be non-partisan, and free of personal political agenda. Unfortunately, all three of the Commission appointment processes since Dan Carson has been involved have been anything but non-partisan and have consistently advanced his own personal political agenda and higher office ambitions.

Some will say that Carson's actions in each of the last two appointment cycles was simply political infighting, but tampering with an Item Report, as has been done this evening, is much more sinister, and dare I say immoral. Council should insist on Councilmember Carson recusing himself from tonight's vote on Item 7, and the tampering should be openly and publicly investigated.

In case anyone might think that I am personally butt-hurt by Dan's conspiring to not have me reappointed to the Utilities Commission last cycle, he actually did me a huge favor by doing so, because today I began a 12-week course of hormone and radiation therapy treatment for cancer, Not having the responsibility of Utilities Commission duties has made my life simpler as I move forward with that course of treatment. Sometimes less is more. Thank you, Dan for making my life easier in that currently very important way.

Thanks Matt for an excellent piece. Matt and I have not agreed on all issues in Davis City politics over the years but on this one I am in 100% agreement. I am too rushed to make extensive comments at the moment. I want to complement Matt’s article by stating my own deep concerns over reports or rumors that the City Council is attempting to purge City Commissions of purportedly anti-growth members. I do not have the inside information but I believe it to be true. If it is, this would mark a sinister turn in city governance the likes of which I have not seen in my 21 years in Davis.

I hope others, better informed than me, will bring this matter to the attention of the public through every possible medium at their disposal. My fear is that the City Council has become, or is becoming, a Junta dedicated to growth at all costs, despite the approval of circa 10,000 housing residential units (including those be built by UCD) in the last few years. (And, of course in terms of traffic, parking, and other infrastructural impacts, as well as fiscal ones, it will be a few years before we reap the whirlwind).

I do not think our emergent Junta in fact represents the views of a large minority of the Davis community, or even a majority. I think Matt’s article reflects the determination of the present City Council, and some recent past members, to turn Davis into a “one party state. ” And, to repeat myself, I urge everyone to make other citizens aware of this pernicious development.