Letter from OEDNA Board, RE: Core Transition East in Downtown Plan
15 mph DESIGN SPEED in Davis! 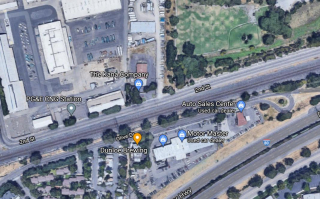 The item "CCJPA 2nd Street Improvements 30% Design" is on the Consent Calendar for the Bicycling, Transportation and Street Safety Commission (BTSSC) today.

The Capitol Corridor Joint Powers Authority (CCJPA), which runs the eponymous rail service with partner Amtrak, is planning to make modifications to the railway parallel with 2nd St, roughly between L St and the Pole Line. A significant part of the project will also raise, repave and re-stripe 2nd St - there's long been a problem with railway ballast making its way to the street - and include installation of an ADA-compliant sidewalk on the north side of the street, where no sidewalk currently exists up to the west end of Toad Hollow.

So far, so good? Unfortunately not. The item involving a significant infrastructure modification is only on the Consent Calendar and the changes to the street itself - aside from the new sidewalk, which is clearly a good thing - are not following the 2016 Street Standards, and the whole length of 2nd St is not compliant with the 2013 General Plan Transportation Element. 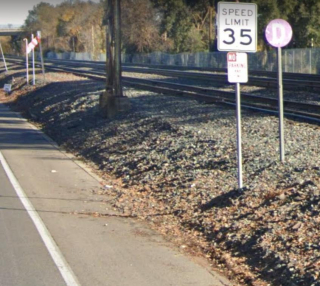 As far as I know none of this has previously been discussed with the BTSSC. It's bad enough that it's a 30% with no previous input - the very brief Staff Report - refers not to any previous discussion of 2nd St, including that it's on the list for Transportation improvement Projects, with the highest number of points of any project in town. (page 17)

There's no mention of discussion with Fehr & Peers or Bike Minded, the two current most prominent consultants for the city on infrastructure for active transportation.

This seems to be yet another deliberate action to bypass community and Commission input.  It comes immediately on the heels of proposed sound ordinance changes, which were pulled as a Regular Agenda Item from the June 1, 2021 City Council Meeting, and on the Commission Process meeting, which many feel was the Council's co-optation of the community open letter about Staff process from last year, and also the controversial BrightNight solar energy project.

What I think it's trying to solve

I know that ballast leakage (for lack of a better term) has been an issue on 2nd Street for a long time, and a retaining wall is an obvious solution. I see also that the north side of 2nd between L and the west limit of Toad Hollow has no sidewalk.  I think I understand that raising the road with a gutter in between it and the rail ROW will catch stray ballast. From what I can see the road is being raised significantly (more on the south side, as it will drain to the north) and that it will be completely repaved.

What's not being explained

Missing information I don't even understand why CCJPA wants to elevate the tracks by a foot. Has this area sunk? Is it related to braking and/or acceleration immediately east of Davis Depot? I assume that these things are beyond the purview of the City and certainly the BTTSC, but it would at least be nice to have a bit more info. Also I don't understand why its CCJPA and not UP. It's relevant because then we know who is the main partner. And one more thing about process: The BTSSC's Staff liaison creates the agenda with the BTSSC's chair, Tim Csontos. Why did Csontos allow this to only be a Consent item?

What it's not doing, also in violation of the 2013 of the Transportation Element Update of the General Plan and the 2016 Street Standards

The problem here is that the planned design - in the staff report - is non-compliant with the 2016 Street Standards, which - on an minor arterial like this (see Transportation Element, page 66) has the bike lane at a MIN. of 7 ft width with a 3 ft buffer (see Street Standards, page 5), and max 10 wide travel lanes,  and a 6 ft sidewalk (not clear of the rule, but can leave out a sidewalk on the south side?). Thus the existing ROW inclusive of sidewalks is AT LEAST 4 ft too narrow. If entire ROW is too narrow to allow the Street Standards to be respected at min. widths for cycling infrastructure, then the ROW should be widened, or new traffic lanes otherwise modified from what's planned. That's obviously complicated, which is why a proper discussion is needed. (There's also no mention of a safe crossing of L St e.g. at 3rd St, that would help people reach the new sidewalk from Old East Davis and Downtown.)

Note a Minor Arterial like 2nd St.- as  it is defined in the Transportation Element - should be signed at 35 mph, but east of Pole Line it's signed at 45 mph. Another photo, further east.  The eastern stretch has a center dual-turn lane when for of its length there's nothing to turn into, and even left turns to non-entrances of toxic sites that are being reclaimed. A 45 mph signed road (where many vehicles go much faster) with only painted buffers or no buffer for a bike lane has no place in our City. 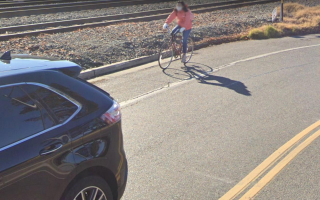 ... but would not enhance safety for cycling according to requirements (Google Street View)

I have no idea if CCJPA is under some kind of deadline for funding, or safety, or anything. It seems that they are paying for everything (except for City Staff time) and they have their own consultant. It's not clear if they are trying for a certain construction period, though they are planning a 60% within the month.

What is clear is that this is should be absolutely pulled from this today's BTSSC Consent Calendar and reviewed by the BTSSC a as soon as possible, perhaps in July, with as much design work as possible in the interim that can be done to make it comply with the 2013 Transportation Element and the 2016 Street Standards, given the importance of modifications to this street in the TIP. (This is also not referred to in the Staff Report). If this detour of process is something that the CPUC could be asked to address, that should be explored as well. If it's a safety issue for the railway, I can see how that carries a lot of weight. But there's no reference to this in the Staff Report.

I believe this is paid for by CCJPA because it will eventually dovetail into the station platform rebuild for a center platform - to increase train speeds, allow a connection under the tracks to Olive Drive via Lincoln40, and prevent passengers from crossing tracks to reach trains.

The retaining wall is a great project. The widening of the right-of-way may be impossible if the width isn't available between PG&E and UPRR - that happens sometimes. A sidewalk on the north is great, a sidewalk on the south side is un-needed. I totally agree with the idea of a connecting crosswalk at 3rd Street - very much needed and a great pedestrian connector where none exists.

This absolutely should be taken off consent. I'd be there tonight and ask myself, but for the Mark Rivera memorial this evening. Please remove from calendar and take this up in July.

Thanks for all of the points you raised, especially the proposed project’s lack of community and Commission input, noncompliance with the City’s 2013 General Plan Transportation Element and the 2016 Street Standards, and unchanged 45 mph speed limit along the most eastern portion of 2nd St. (I can attest to how scary that stretch of road is for cyclists.)