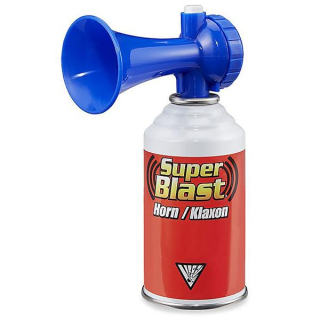 I have looked into the proposed changes to the noise ordinance, and I have investigated what the standards are in other communities. I find both the existing ordinance and the proposed ordinance lacking in the detail to make either enforceable without considerable interpretation. Even more surprisingly though, I found that what the staff reports to be very minor changes to actually be very significant changes thus requiring a more robust process before implementation.

First, I want to address the new definition of Person in the proposed rewrite of 24.01 General Provision that exempts the city.  They simply remove: "...  including any city, county, district or other public agency." this move to exempt the City from the ordinance is a significant change and creates a dubious double standard. I do not think it is appropriate to exempt the City, but at a minimum that decision needs to be better vetted.

Next I want to address averages and maximums. Clearly changing the language in 24.02.020 figure 1 from "Maximum Noise Level (dBA)" to "Average Hourly Noise Level (dBA)" is a meaningful change that alters what is covered by the ordinance. Such a significant change should be better vetted by commissions and the community before implementation.

More troubling is the fact that the table being introduced in the proposed new ordinance was used in staff reports to the Rec and Park Commission  on April 21, 2021 and was presented as the CURRENT ordinance. That is wildly inappropriate. Staff or consultants should never edit the City Municipal Code and then present the edited version as though it were the true and correct Code. This misrepresentation occurs on page 64 of the staff report. http://documents.cityofdavis.org/Media/Default/Documents/PDF/CityCouncil/Recreation-and-Park-Commission/Agenda/20210421/Meeting%20Packet/07B%20-%20Arroyo%20Park%20Survey%20Results%20and%20Zipline%20Update.pdf. The bellow table is from the Consultants report included in the staff report by inclusion of the August 16,2019 Bollard Environmental Noise Assessment.

Below is the table in the actual current ordinance Article 24.02 GENERAL RESTRICTIONS:

Note that the table from the rec and park staff report specifically cites the City code, but then has been altered to say "Average Noise Level" were the actual City Code Says Maximum Noise Level (dBA).

It is difficult to know what effect this had on the Rec and Park Commission's decision but it certainly opens the door for problems. Now to have this ordinance come to council requesting a revision that mirrors the misrepresentation furthers this problem. If what was in the staff report is the proper interpretation as staff claims, then why change the ordinance?

And really, if you're going to change the ordinance, why not send it to proper commissions and have public review before changing it?

The consultant that prepared the August 16, 2019 report with the misrepresentation of City code should not be used for revision of the ordinance. Due to this significant violation of trust of misrepresenting what City Code is, it would be best to work with a different consultant to complete this work. Next I want to discuss the much larger change to the ordinance. The proposed revision deletes entirely the 3 paragraphs of City Code 24.02.020 section C. The staff report before you tonight doesn't even mention that this large portion of the text is being removed, it merely deletes it by omission. This is a significant change to the noise ordinance and should not be done without a more thorough process and certainly the deletion should be highlighted to the council.

Looking more at the switch from Maximum to Average, if the City were to switch from "Maximum Noise Level dBA" to an average it is important that it be done in an appropriate way. That will require more study to set the proper levels. It might use understood units like Equivalent Continuous Sound Level (Leq) and  Maximum Sound Level (Lmax). Unfortunately the proposed ordinance doesn’t do this it and merely changes a phrase from maximum to average without an investigation of if that is even the right dBA value with that change. Please look at the City of Elk Grove Noise ordinance as an example: http://www.elkgrovecity.org/common/pages/DisplayFile.aspx?itemId=154657&fbclid=IwAR0kob07t-Lk3QxYV61HtwO49rw0BLwdIAqZKoQ8GOVc-5WGat83uMSd9ro

I note that the Leq values in Elk Grove as an example are significantly lower than threshold might be understood in Davis if the new ordinance is adopted. Clearly this points to how ill advised it is to simply switch maximum to average in table1.

Using the phrase Average Hourly Noise Level (dBA) as the new ordinance does or the phrase Maximum Noise Level (dBA) are both far less meaningful and open to interpretation. This reason alone is enough to send this proposal to appropriate commissions and an outside consultant for reworking so any changes to this ordinance button up these inconsistencies.

In conclusion, the proposed changes to the Noise ordinance are not appropriate. The changes do not use specific meaningful measurements to make the ordinance more clear and leaves significant room open for interpretation. The process is inappropriate because there has been no process. The public, commissions and a new qualified consultant should be engaged in reworking this ordinance. Finally, the deletion of the paragraphs at section C without even highlighting to the council that these specific protections are being removed should never happen and the decision to delete such an important part of the ordinance should be vetted by the public, commissions and an appropriate new consultant.