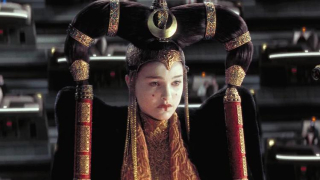 I've a few concerns, questions and proposals for you in regards to this Thursday's City Council Subcommittee on Commission Process (Special Meeting)...

1) Why is there no actual content in the report prepared for the meeting?

2) How can the public critically comment when we don't even know the actual, detailed content of the meeting until the beginning of the meeting? The immediately subsequent public comment period comes before everything else - not like typical general public comments at the beginning of the meeting - so will there be an opportunity for the public to respond to anything in the way they typically respond to a staff and/or e.g. developer report before Council or Commission discussion?

3) Is this also intended as a meet & greet for the many Chairs who have never met each other as a way to encourage pro-active or facilitate requested collaboration - not a bad thing!

Former Commissioner Palpatine, opponent of the Brown Act; Edelman. https://www.starwars.com/databank/galactic-senate
4) Item 4 includes "... Intent is to allow Commission Chairs to share recommendations, tips, concerns, ask questions of staff or the Council Subcommit-tee, etc" BUT when did the Chair or Vice-Chairs solicit such information from their Commissions?
4a) What happened with the results of the Council-directed mediation related - in the end a facilitated discussion - to the BTSSC and myself at the beginning last year? The group that met came up with some ideas for our Commission to discuss in one of our meetings, but then we were told we couldn't even discuss it at a meeting, because we couldn't decide things for other Commissions, or something like that, yes? Are the issues we brought up getting discussed by the sub-committee and on Thursday evening?

Physical manifestation of Human Relations Commission ignoring Edelman's complaints about being removed from BTSSC. https://www.starwars.com/databank/galactic-senate
5) The HRC had an illegal ex-officio for at least most of last year - the HRC created their an ex-officio position on their own, which is not allowed. How did this continue for so long? Was ending this quietly amongst the most outstanding examples of community or least Commission education?
Proposals

6) I propose the creation of some form of an inter-Commission super-sub-committee which identifies or is given problems by the Council and decides which Commissions should address the particular issue, and in what manner (sequentially, collaboratively and simultaneously, etc.) and related to that ask if there are any Commissions which should exist, but do not, and also about Commissions which seem to be perpetually full-plated, with important discussions either repeatedly or even chronically-deferred or simply cancelled when their originator on the Commission leaves the body.
7) I propose that all sub-committee themes/groups are listed - with names of Commissioners - on their respective Commission website as a way to facilitate open, interactive and Brown Act-compliant discussions between the public and these below-quorum bodies of the Commissions. At present this information is inconsistent.  The Commissioners could be contacted via their own email addresses, City of Davis email addresses, or forwarded by the Staff liaison, with all subsequent discussion in the thread between the sub-committee and community member, simply copied to the Staff Liaison (the idea here is to reduce work for the Staff liaison.) Of course the members of the sub-committee are free to talk to the community member on the phone or meet in person.
Thanks,
Todd Edelman
East Davis