What is UC Davis’s Financial Impact on Davis? 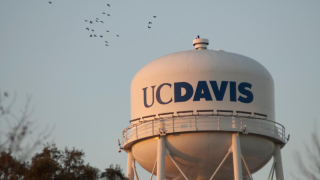 UC Berkeley just agreed to pay $86 Million for impacts on the City of Berkeley.

UC Davis, in comparison, agreed to contribute significantly less to the City of Davis –  $2.2 million, mostly in city and county transit infrastructure and analysis in 2018.

Davis and UC Davis are like sister cities with a razor thin border drawn between them that runs the path of the old Lincoln Highway - 1st street, A Street and Russell Blvd. Each side of the line has its own police department, fire department, administration, and tax implications. But, what happens on one side of the imaginary line has impacts and repercussions on the other side.

No tax revenues flow from UC Davis to the City of Davis.

It was announced last month that the City of Berkeley is to receive $86 million in a settlement to pay for the impacts from a “construction project on the northeast edge of campus” and “continued increases in UC Berkeley enrollment. The money will be paid “over the next 16 years to cover the city’s added costs in police and fire safety and other services.” (link)

The Berkeley settlement did not satisfy all community members. Arlene Silk, a leader of Berkeley Citizens for a Better Plan told the SF Chronicle “We’re not dropping our opposition,” The Chronicle also reported that Silk noted, “Berkeley has estimated its costs from university projects at $21 million a year, four times the amount of the settlement.” (link)  Berkeley Citizens for a Better Plan cite “upgrades to infrastructure (sewers, streets, etc.) and increased police and fire services that will be needed if UCB's population grows by this astronomical amount” as some of the impacts UC Berkeley has on the Berkeley community. (link)

By comparison UC Davis is paying far less to offset its impacts on the Davis community based on the Memorandum of Understanding (MOU) signed by UC Davis, The City of Davis, and Yolo County in the fall of 2018. In that MOU UC Davis agreed to contribute $2.2 million for some specific projects that offset UC Davis’s impacts. (MOU Link) UCD agreed to contribute to some of the costs for the following projects:

In the same MOU the University agreed to “engage outside consultants to conduct an economic and fiscal analysis of the University's regional and local impacts and benefits, including to local governments.”

Three years later Assistant City Manager for the City of Davis, Ashley Feeney reports the City has provided preliminary comments on draft work product and that the “Campus is working on the final draft.” There was no public or full City Council comment on the draft impact report and the City was not able to produce the scope of the report when requested.

Meanwhile, UC Davis is reporting record acceptances for Fall of 2021. “It was the largest applicant pool in history — 105,850 students — and the school offered admission to 14% more students compared to last year.” according to the Bee (link). Final attendance numbers are not available yet for the 2021-2022 school year.

When will we learn what the UC Davis impact report will claim the campus impacts on the Davis community are? Matt Dulcich, Director of Local Government Relations for UC Davis reports they, “are working on the draft and have asked the consultants to finish editing and final revisions later this summer.” They, “expect to receive the study and post it publicly late in the summer or early fall.  The report will include both the results and the methodology and will be downloadable as a .pdf file.”

The UC Davis Impact report is being prepared by Economic & Planning Systems (EPS).

While we wait for the impact report, “The University of California, Davis, announced… it had raised over $230 million, the most in donor history, and a record-breaking 63,650 gifts and pledges for the past fiscal year,” according to the Bee. (link)

This follows other record fund raising activity, “UC Davis launched the largest fundraiser endeavor in its history, ‘Expect Greater: From UC Davis, for the World,’ in October and raised $1.3 billion out of the scheduled $2 billion goal. During the campaign, roughly half the donors gave to the school for the first time.” (link)

Tuition is also set to increase for the first time since 2017. “The hike would equal roughly $500 a year per student for the next five years at the system’s nine undergraduate campuses.” (link)

When asked about UC Davis’s impacts on the Davis Community, former Davis Planning Commissioner and frequent advocate for on campus housing, Eileen Samitz stated, “It is disappointing to see that with the massive financial resources that UCD has that they continue to refuse to commit to building far more on-campus student housing needed and have yet to produce the long-promised faculty and staff housing on its enormous campus.”

Samitz expressed frustration with some of the obvious impacts, “The City of Davis has approved over 5,400 student mega-dorm beds in the City, two of which are to be 7-stories while UCD continues to build only lower-density student housing.  The majority of UCD student housing is 3- or 4-stories with an occasional 5-story student housing unit which is squandering the opportunities to help create significantly more on-campus housing for UCD’s ever growing needs.”

Samitz also criticized UC Davis for lacking an easy avenue for donors who want to earmark gifts for student housing, “despite repeated requests by public input and from their students for UCD to start a student housing donation fund, UCD continues to refuse to do so, and instead prioritize their vanity projects with their massive fundraising.” Such a student housing fund would both help alleviate impacts on the Davis Community and help make housing more affordable for students.

In short: There is good reason to think that the city of Davis is nowhere near being compensated for the impacts of UC Davis, especially as compared to UC Berkeley in spite of having raised quite a bit of money recently, at the same time as it increases the number of students admitted while the the impact report process drags on.

Two great articles in a row.

This is an extremely interesting article. Might I also ask: if, as I have heard discussed on radio programs, colleges and universities during COVID created a combination of alternatives to being full-time on campus, now what? Thus, if a flexible or combined virtual and on-campus model is developed that is not just an accommodation to COVID, but is a new approach to post-secondary education , how might this impact UCD from tuition to budget, student housing, and the UCD and city economic/financial relationship?

Nancy, I had not heard that discussed. All the faculty and students I have talked with are exhausted with Zoom teaching. Yes, there are some benefits and conveniences, but overall it is a lesser and more psychically draining experience.