Councilmember Carson sued me for signing a ballot statement
Letter: Beck is a voice of hope 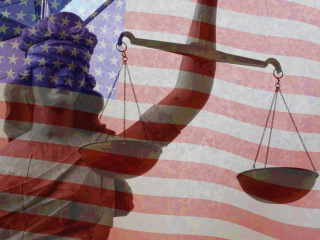 (From press release) Today in Yolo Superior Court, the attorneys for the citizens who wrote and signed the No on Measure H ballot statement, filed a motion for an award of legal fees and costs they incurred in their defense of a lawsuit filed by Davis City Councilmember Dan Carson. Carson had previously sued the ballot signers claiming their ballot statement was false or misleading.

The citizen Defendants (the “real parties”) named in the Carson lawsuit retained legal representation on a partially contingent basis which permitted the attorneys to seek an award of their legal fees if they were successful in defending the ballot language against Carson’s claims.

Alan Pryor, the Treasurer of the No on DiSC campaign and one of the Defendants stated “Carson’s lawsuit requested whole sentences in the ballot statement be stricken by the Judge. In his final ruling, however, made only two small changes that were suggested by authors of the statement.”

“In my experience, it is highly unusual for a sitting public official to sue their own citizens over ballot arguments,” said Beverly Grossman Palmer, an experienced election attorney and partner at Strumwasser & Woocher. “None of the attorneys in my firm can recall a similar situation in any of our collective years of practicing election law.”

Dan Ramos of Ramco Enterprises Inc., the DiSC developer and promoter of the project, admitted during Tuesday’s city council meeting that he was the previously unknown funder of the Carson lawsuit efforts.

The Defendants named in the lawsuit had only 4 days to find an attorney with the necessary expertise before they needed to file a response with the court opposing Carson’s claims. Of the nine firms contacted and interviewed in this very short window of time, only one had the legal expertise, agreed to cap their fee, and required just a portion of their reduced fee upfront.

According to Mr. Pryor, “The financial burden of going to court for a grassroots campaign like No on H cannot be overstated. The retainer deposit alone wiped out the group’s bank account. Yet the Defendants had no other choice if they wanted to exercise their speech rights and communicate their opinions about Measure H to the voters.”

The  filing on behalf of the Real Parties states:

“Petitioner Carson’s lawsuit thus had a twin effect: it made campaign fodder against Measure H’s opponents, and it wiped out their resources to communicate with the voters and counter that message. The ballot argument was now their only hope of communicating with the voters.”

Mr. Pryor further stated, “I regret these actions are necessary but it was the developer and Carson who initiated this lawsuit without any warning to the Defendants. Since the vast majority of their claims were rejected by the Court, we feel the developer and Carson should bear the great expense we incurred in defending against this meritless lawsuit.”

I think Carson and the DiSC developers believed the No on H campaign would be unable to find legal representation with any expertise in ballot language in the 2 day window from when they learned of the lawsuit to the day they had to appear in court. Not having a qualified attorney would have left the No on H campaign at the mercy of Carson's very talented specialized attorneys from the Nossaman law firm. Thankfully the No campaign found excellent representation and beat this lawsuit back preserving the campaigns rights to free speech.

The aspect of this whole legal filing situation that is important to emphasize is that the “No on DiSC” team clearly demonstrated that they were willing and able to listen, as evidenced by their arrival at court with the two alternative wording(s). On the other hand the “Yes on DiSC” team specifically chose confrontation rather than communication … actually it was confrontation by surprise … with their last minute legal filing of the writ (not a suit).

Earlier in the week, I made the basic and essential points against Carson in a long Nextdoor post with the thread initiated by Roberta. I have made a significant financial contribution to the campaign. I think the campaign should not feel any shame in explicitly appealing through all avenues possible, including ND, for financial support for the campaign and to offset the attorneys’ fees incurred by the petitioners. If Carson has succeeded in bankrupting and crippling the campaign, it would, as has been reiterated. be a major blow to all future attempts by citizens to reign in unchecked and badly thought out development by the Ramos’s of this world and their front-people, our City Council. In fact it might even be the end of such campaigns. Thus the stakes in winning this, and I think “we” have garnered some significant political and moral support/sympathy as a result of the spurious lawsuit, could not be higher.

Here I want to depart and make an important “off point” of fact that should be mentioned, if not highlighted, in the campaign. In 2003-4 Carson, as a resident of West Davis, was involved with his neighborhood in a lawsuit against UCD. Below I quote from an email that Alan Pryor sent to me on October 4, 2020. The “Carson” lawsuit” shows what a duplicitous hypocrite he is and this needs to come out in all contexts available. As Alan suggested in his email, it might be worth someone flushing out more details of this case for the purpose above.

A copy of the lawsuit is attached. I haven't reviewed it in some time but apparently one of the things named in the lawsuit is a research park run by a third party with 1,700 employees and 1,400 parking spaces. The lawsuit specifically called out the inadequacy of the EIR for the Research Park and the sought to vacate the approval for 3 aspects of the LRDP including the research park. Here’s some other court dates that a person with access to legal data bases provided to me.

Let’s make a deal
An enforceable agreement could be a win-win for city, UC Davis
By Dan Carson
https://www.davisenterprise.com/forum/opinion-columns/lets-make-a-deal/
"Dan Carson is vice chairman of the city of Davis Finance and Budget Commission. He is a former member of the steering committee of West Davis Neighbors, a community group that sued UCD over its 2003 campus growth plans."