Despite No on DiSC's success in court, Councilmember Carson still thinks that the citizens he sued with developer money should pay legal fees 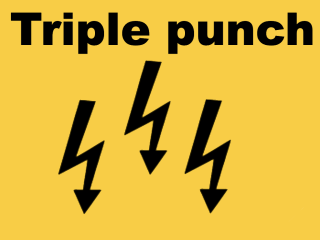 (From press release) In a Yolo County Superior Court filing on April 22, the No on Measure H campaign rejected Councilmember Dan Carson’s latest court filing arguing that six Davis residents should not have their legal bills paid as a result of his spurious lawsuit.  The legal bills in question are those incurred by the No on Measure H campaign defending against Carson's lawsuit that attacked the No on H ballot statement. The No on H campaign believes that the lawsuit was a blatant attempt to squelch their free speech rights.

Further, Carson’s latest filing states that Carson himself intends to file to collect attorney fees from the 6 individual Davis citizens he named in his lawsuit! However, while Carson's wants the six Davis residents he sued to be financially responsible for all of Carson's attorney fees, it turns out that all of Carson’s legal costs are actually being bankrolled by the DiSC developer.

In a reply brief filed in Yolo County Superior Court, the No on H campaign called Carson’s actions “a tried and true political tactic to deplete the opposition’s financial resources through whatever means possible, because in politics, money itself is speech.”

“Real Parties were forced to obtain counsel to defend their speech rights, depleting campaign resources. Even worse, Petitioner has now threatened to file a fee motion against these six private citizens for payment of Petitioner’s attorney’s fees, even though he did not achieve the results he sought in his Petition for Writ of Mandate,” the brief continues.

“The case is a triple punch designed to stifle comment, reduce campaign activity, and financially punish citizens who simply engaged in protected political speech in the ballot pamphlet. Unlike Petitioner, who made the choice to come to court, these six Real Parties were dragged unwillingly into this forum by the filing of this lawsuit. These individuals should be made whole, and the attorneys who took this case on a partially contingent basis should be fully compensated for successfully defending Real Parties’ right to present their ballot argument as they intended,” the brief concludes.

Previously, Dan Carson’s lawyers sought to have stricken more than 80 words of the 300-word ballot statement against Measure H. Although Carson filed the lawsuit as a private citizen, Carson is a sitting Davis City Councilmember and the Honorary Chair of the Yes on Measure H campaign committee. Dan Ramos, the DiSC project developer, recently admitted in public that he is footing Carson’s legal costs.

This unprecedented lawsuit targeted six private Davis citizens who authored or signed the ballot statement in question. On March 30, Yolo County Superior Court Judge Daniel McGuire overwhelmingly ruled against Carson, making only 2 small changes suggested by the No on H campaign itself; one of which simply changed the units that the amount of greenhouse gases was expressed in.

No on Measure H and the six named individual Davis citizens filed a claim earlier this month requesting an award of attorney's fees for the costs they incurred in successfully defending the lawsuit by Carson.  The No on H Campaign believes Councilmember Carson's role in this litigation grossly oversteps his elected role, blurring the lines between his elected office and his personal advocacy for a development project.

"Real Parties prevailed in their effort to preserve the vast majority of their ballot argument unaltered, with the result that only very modest changes that did not change the meaning or content of the ballot argument were ordered," states the brief.  Thus, the brief argues, a fully compensatory fee award "should be awarded in recognition of this result and the effort expended to ensure that citizens of Davis benefited from the robust exchange of ideas that is at the center of our democratic system."

The hearing on legal fees is scheduled for April 29 in Yolo County Superior Court.

Clear as day that the compensation should be the other way around, Carson and his cronies should pay the No on H Parties legal fees. To sit on council and engage in this behavior is completely unethical.
Meanwhile, the claims made on the Yes on H signs are laughable, such disinformation allowed, why? Money money money.

Agree with Donna. Wholly unethical and sinister. To use a position of community representation as a bully pulpit to advocate for one side of a debatable issue that has historically involved the community as a whole is just…. Unfathomable. At the very least an apology is in order-from him- but I don’t see that happening which is also an indication of how out of touch he is with the community he purports to represent.

I think it is very easy to point the finger at Dan Carson here. His actions are egregious. I am also disappointed however that no current Council Member has disavowed this malicious lawsuit. By remaining silent, they are also condoning this bad behavior.

"... money itself is speech" could be a good campaign slogan for Carson should he choose to run again. (Davis is lubricated by this money... but its viscosity doesn't lend itself to sustainability.)

But also the Davis College Democrats recently honored Carson and I wonder what they think about all of this. They have endorsed Yes on H, and they endorse other mainstream Democratic Party things, which seem to be represented by Carson (He's no Democratic Socialist!).

We should look at all the Committees and other entities in which Carson's been active: Beyond the Council sub-committee on DISC I and DISC II (during the process with the latter he and Partida refused to meet with the BTSSC's sub-committee on the same subject; on the Council's Commission sub-committee his role in effectively kicking me off the BTSSC (I would have to sue to get any record that was kept of the discussion... and the response when I complained about this to the Human Relations Commission, which was only from Mayor Partida - totally inappropriate); his role in Valley Clean Energy, a program I support but which has still done nothing for e.g. renters denied agency in choosing green sources when they pay for utilities through their rent... I mentioned previously that he had written me from this City email frowning about my public comments about Jason Taormino during the WDAAC/Bretton Woods process after Taormino made negative public comments about activists for cycling... did I miss anything?

I appreciate that Mayor Partida and Councilmember Frerichs took action on Carson's use of Council time to respond to Public Commenters a couple of weeks ago, but as Colin suggests they should personally go further and/or perhaps ideally suggest a group like League of Women Voters organize a community event on the subject of the appropriateness of actions of Carson's and others in recent years, even if they are not strictly illegal. We should perhaps ask if Davis needs some kind of official, independent ombudsperson - or if this role is in aggregate addressed in local and social media -- that's why I mentioned the issues above about DISC, the BTSSC and WDAAC/Taormino.

Here's the executive summary of truth:

"these six Real Parties were dragged unwillingly into this forum by the filing of this lawsuit. These individuals should be made whole"

"On March 30, Yolo County Superior Court Judge Daniel McGuire overwhelmingly ruled against Carson, making only 2 small changes suggested by the No on H campaign itself."

"Councilmember Carson's role in this litigation grossly oversteps his elected role, blurring the lines between his elected office and his personal advocacy for a development project."