Should Measure H be renamed to Measure M – with "M" for Misleading?
League of Women Voters hosts forum on county supervisor race 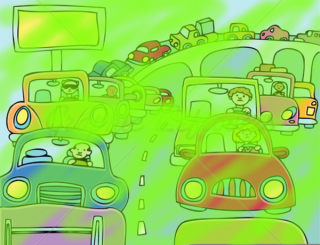 Davis voters rejected DISC in 2020. We didn’t want environmental and quality of life costs for all in exchange for economic gain for few. So the developers hired a PR firm to reframe the issue as Measure H, or to lie so blatantly as to make Loki swoon.

They say paving 102 acres will “preserve agricultural land,” that DISCs 12,000 more cars daily will “make driving easier” and “speed up commutes” (quotes direct from Yes on H). They think a population that is in favor of downtown, open space, clean air and minimal traffic will vote for a project that is the antithesis of these because they put a bicycle on their lawn signs.

They hope Davisites are too stupid to see through greenwashing newspeak and they need the councilpeople they own to maintain a pretense of environmentalism while vigorously campaigning for a freeway sprawl development that’s as carbon neutral as Charles Koch’s vacations. In future I suggest the developers save the corporate PR money and I can suggest equally believable slogans like “Trees Favor Axes,” “Snails For Salt” and “Turkeys Love Thanksgiving.”

Measure H is not compliant with the General Plan, that is why they use Measure J to override it.
Let them further explain $50 Trillion annually in economic stimulus for existing downtown businesses - this seems to be a highly exaggerated falsehood. Trillion?
Most families do not want to live in a land-locked, one entrance business as usual crummy housing that is not sustainable. Apparently they made a deal with DJUSD to raise our property taxes AGAIN (Which are now more than double what Yolo Co. has assessed for our properties and one of the highest in CA.)

They have FAILED to say who and what are the "next-generation research companies doing exactly what to "solve the world's greatest challenge, climate change". Could it be the mantra of saving the world from hunger by genetically altering seeds and patenting the same? The world is sick and tired of the "INPUTS" from genetically alerting nature and actually killing the soil.

Why won't Yes on H be much more transparent about what they are proposing to attract? What is the innovation? What do they mean by "Campus-Like? Gated community? Limited Access?

2040 as a carbon-neutral goal is way too late and obvious green-washing. (CA Building Codes require this already.) What about all the embedded carbon in building it? What about the carbon from all the cars?

They say they are implementing "23 specific transportation Improvements" I could not find these.
NO IMPROVEMENT TO GRIDLOCK ON I-80 will occur with this project - making bus stops, putting in bike paths and adding a lane at Mace WILL NOT HELP - IT WILL GET WORSE - WHY? Because I-80 is an exit off of I-80 at West Sacramento, actually a one-lane exit as another lane is used as a freeway entrance ramp. This is a FACT.

"Advanced Manufacturing" - Red Flag: Crop Sciences, Large Scale ELECTRICAL, PHARMACEUTICAL, BIOMED, FOOD PRODUCTS & DEVICES - RED FLAG - What are the wastes and their waste paths? This has not been explained!
This project cannot be approved as stated. There is great risk of water, soil and air contamination it seems. Why don't we have more clarity and transparency about these pharmaceutical and biomed research and who funds them (Bayer, Monsanto?).

Citizens of Davis: We must vote NO on H as there is not enough clarity about the water and sewer impacts and potential for biohazards in the water system.
Davis City Council pushes projects through and then let's the developer do whatever they want afterwards, we know this. We certainly can't afford to let this happen with this particular project - the waste trail from this kind of research needs to be crystal clear and it is not.

Vote NO - Do not believe the cheerful pastel colored signs saying they will fix Mace traffic- lies. Vote NO.

Global Best Practices: Do Not Build on Prime Farmland - Stay within city boundaries with infill - Densification.

First Do No Harm - The most important 4 words given by the Greeks.

It's difficult to believe that the city of Davis would even consider a freeway-oriented proposal such as this, given its supposed concern regarding greenhouse gasses. The fact that it's even gotten this far is an embarrassment to Davis, and to those who are supposed to represent the city. (Without even getting into that ugly legal action, initiated by one of them.)

Adding 80,000 square feet of retail space (when there isn't even sufficient demand for existing retail) is the exact same pattern which has led to the demise of other downtown areas, as sprawl is encouraged.

I'd like voters note that the NO on H ballot statement that you'll be reading in the official pamphlet has been fully, legally vetted to ensure that it is NOT false and NOT misleading. The YES on H statement has had zero scrutiny in this regard.

So the only thing we know for sure is that you can trust the NO statement.

This is just one of those nagging little unintended consequences of suing (and losing) for false and misleading statements.

Pity that the No on H side doesn't have the money to file lawsuits, regardless of whether they are justified or not.