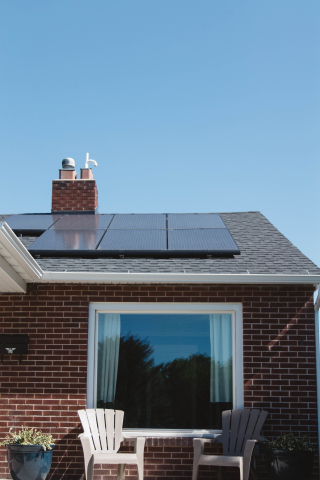 (from press release) Despite clear public opposition to a Solar Tax and to making solar unaffordable, the CPUC announced last week that they are still considering a Solar Tax of between $300 to $600 per year for the average solar user, while also slashing the credit for the solar energy sent back to the grid.

Because we were so successful at stopping their first Solar Tax, the CPUC is now trying to hide the ball by calling the tax by a different name. Their latest idea is to tax the solar energy you produce and use at home. The less energy you buy from the utility because of your solar, the higher the tax.

This is like taxing people who hang-dry their clothing instead of running the dryer. It's absurd, it's intrusive, and it violates every principle of conservation and responsible citizenship. It contradicts everything the Newsom Administration says it is for: solving climate change, promoting clean energy, making solar more equitable, and keeping the lights on. We are also quite sure it is illegal.

But, unless we speak out forcefully against this new Solar Tax proposal, it may very well become the new reality in California. Earlier this year, your voice helped to defeat the CPUC's first Solar Tax. We need your voice again, as loud as ever:

1) Attend a Don't Tax the Sun Rally on June 2nd in Los Angeles or San Francisco. The events will be held in conjunction with the June 2 meeting of the CPUC. Our goal is create the largest ever submission of live and video-recorded public comments in CPUC history. We need thousands to show up.

RSVP for Don't Tax the Sun - Los Angeles - Gather with thousands of solar supporters at Grand Park in LA to make sure the CPUC hears from SoCal! The day will kick off with powerful speakers followed by an opportunity for all attendees to record a short video and submit it to the CPUC and the Governor. We’ll also have food trucks, sign making stations, information booths, and other activities for everyone.

RSVP for Don't Tax the Sun - San Francisco - Look the CPUC in the eye and tell them what you think in person on June 2nd! We will kick it off with a rally on the steps of the CPUC, and then help you sign up and speak directly to the CPUC. And, of course, we'll have refreshments!

Bonus: All attendees will get a red “Don’t Tax the Sun” and “Stop the Solar Tax” t-shirt along with a sticker that reads, “I testified against the Solar Tax!”

"The CPUC's latest rooftop solar plan is as bad as their first proposal. California should not tax the sun, period. We need more solar, not less. Gov. Newsom must show leadership, right now."

3) Spread the word, however it makes sense for you. Forward this message, make a flyer for your neighbors, post on NextDoor or other social media, whatever works.

More detail about the CPUC's new Solar Tax and their plan to send rooftop solar off a cliff.

While it totally stinks that we have to keep fighting to stop the CPUC from taxing the Sun, do not be discouraged. They are testing the public to see if they can be tricked or worn down. Let's show them that every time they try that, we fight back even harder.

Solar Rights Alliance is a statewide nonprofit association of California solar users. We include homeowners, renters, businesses, nonprofits, schools and others from all parts of California and walks of life. We also welcome solar supporters who don’t have solar yet.

I'm delighted to see this article. I fortuitously read it while waiting to make a public comment at the PUC meeting in Sacramento this morning. My comment is below. Our local representatives have expressed interest in hearing the opinions of their constituents. Please contact them:
Cecilia Aguiar-Curry, California State Assembly, (916) 319-2004, https://a04.asmdc.org
State Senator Bill Dodd, (916) 651-4003

Commissioners, I would invite you to take a step back and look at this issue from the 30,000 foot view. This commission really needs to decide what role, if any, rooftop solar should play in fighting climate change. While a small number of people install solar to reduce their carbon footprint, most homeowners and businesses will only incur the cost if it is economically attractive. I agree that renters should not be stuck with the cost of maintaining the grid, but there must be other ways of funding it other than killing off rooftop solar. In short, this debate is being framed as “rich homeowners vs poor renters.” This is a false dilemma, and this commission has the obligation to extend rooftop solar to more California residents, not kill it because all don’t have it.