Letter: Where’s the Water? NO on H!
Welcome to Al's Corner - "Pouring Gasoline on the Dumpster Fire of Davis Politics" - Volume #4

(From press release) Here are six of the many respected and well-known community leaders who urge you to vote No on Measure H against the DiSC project, together with a brief statement of their concerns. 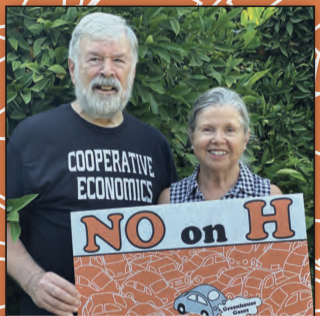 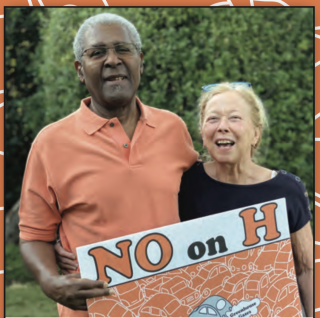 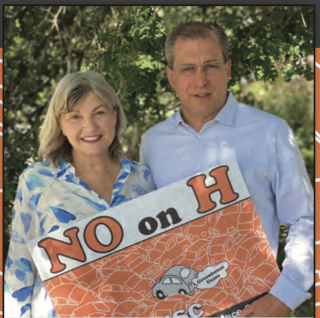 “Long-term fiscal sustainability of projects for Davis is paramount. This means projects that pay for their impact and don't further burden city resources. The tax sharing deal with the county was done after the city announced the supposed financial returns. That's completely backwards. I firmly believe the 50/50 split with the county is low, and there's no evidence it’s based on which jurisdiction would pay the most for negative impacts. No on H, for sure.”
Joe Krovoza, Former Mayor of Davis
w/ Janet Krovoza 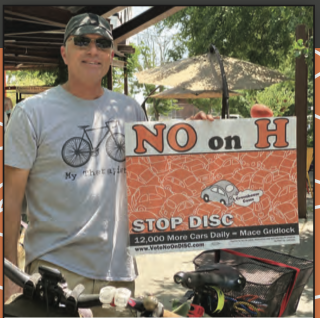 “A sustainable project needs to be sited and connected to the community it serves; it needs to favor walking and bike-riding. The location of DiSC 2022, the promise of minimal connectivity for active transportation, and a decidedly car-optimized design will ensure thousands of additional motor vehicle trips through town and onto the freeway each day.”
Darell Dickey
Former Commissioner, City of Davis Bicycle Advisory Commission
Living Streets Activist
Advisor, Bike Davis 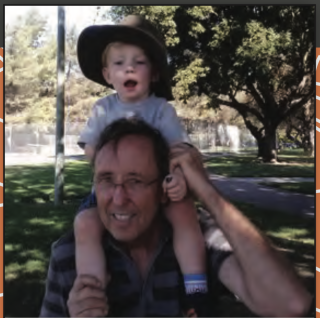 “There are better options for Davis than DiSC. It will not do what they say it will do. With a new general plan Davis can maintain its compact size on existing land and actually provide a better transportation design, more affordable housing, desirable jobs, and improved City financing.”
Mike Corbett
Former Mayor of Davis
Developer of Village Homes
Affordable Housing Developer
w/ Grandson 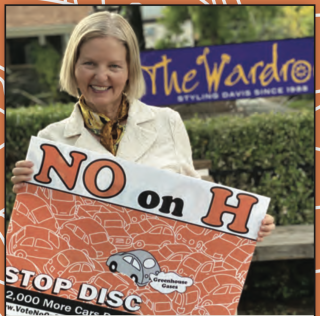 “The worst, most deceptive, and disgraceful greenwash campaign in Davis’ history.
Measure H is bad for Downtown, bad for climate, bad for traffic, bad for Davis! Please vote for the Davis you Love, vote no on H”
Heather Caswell
Owner of The Wardrobe
Founder Davis Community Vision Alliance