What happened?  Drilling down into the data 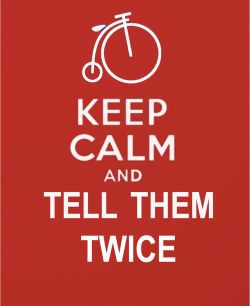 Precincts
To get to an apples to apples comparison of the results of Measure H and Measure B, one has to start with the understanding that the Yolo Elections Office reported Measure H in two consolidated precincts

… one for the western portions of Davis plus Downtown and Olive Drive (seen in light blue in the left graphic below), and

… the other for the northern, eastern and southern portions of Davis (seen in the darker blue in the left graphic below).

Fortunately, the underlying precinct boundaries did not change between 2020 and 2022, so a one-to-on comparison of the two Measure H consolidated precincts can be made to their Measure B equivalents.

Turnout
With very few additional votes to be counted, the Measure H vote total is 19,396, which is the third highest June turnout, behind only the two Nishi votes, and both those land use decisions shared the ballot with City Council contests. The next unofficial election results update is scheduled for 5:00 p.m. today, Wednesday, June 22, 2022.

To put a turnout of 19,396 into context it is useful to look at the table below, which shows a 20% dropoff of very close to 3,500 votes from Measure H to the fourth highest of the June elections.  Bottom-line, now that the votes are in, the story line of low turnout in this election doesn’t hold water.

Timing
Thanks to the data provided by the Political Data Intelligence (PDI) website, we know that the timing of when ballots were returned to Yolo Elections in Measure H was unusual.  PDI reported a very low number of returned ballots in the first two weeks after the mail-in ballots were sent to voters.  Then almost a third of the total ballots arrived in week three, another third of arrived in week four, and the final third arrived on or after Election Day.

What that tells me is that in this election the voters were actually paying close attention to what the Yes on H and No on H campaigns were saying … and in addition they got a drama bonus during the election cycle with all the legal filings and court decisions, which may have resulted in a higher number of voters holding onto their ballots until the very end.

But the Yes versus No story doesn’t end there.  Looking at the numbers for the people who didn’t vote paints an equally compelling picture.  Almost 70% of the missing votes in the western, Downtown and Olive Drive portions of Davis were “Yes” on Measure B (see the first table below).  What does that tell us?  That the “Yes” votes in November 2020 were very “soft” Yes votes.  Arguably, without the draw of the Presidential contest between Trump and Biden, those people probably wouldn’t have voted in the Measure B contest.

The story is the same in the northern, eastern and southern portions of Davis. Just over 64% of the missing votes were “Yes” in Measure B.

That brings us full circle back to the original question posed in this article … What happened?  The answer appears to be that the Davis voters take Land Use issues very, very seriously … arguably even more seriously than who gets elected to City Council, but not quite as seriously as who gets elected to the Presidency of the country.

The tables below drill down into the individual precincts.

Measure H through the Fifth Update at 1:45pm on June 17th

Measure B through the Eighth Update on December 1st

The Yes campaign chose a June election and then dumped more than $700,000 into promotion and getting out the vote, only to complain that the low turnout was the cause of Measure H’s defeat. But there was no low turnout. They have been told “no” twice. Will they listen?

A complementary question is: will the current City Council and upcoming Candidates for the three City Council positions "listen"?
What's needed is truly forward-thinking, innovative, imaginative and collaborative planning for housing and development.

"They have been told “no” twice. Will they listen?"

They may try a 'wash...rinse...repeat' but the 'Mace Mess' will forever be a thorn in any project. Kudos to whoever coined that phrase.

First it was called MIRC, then it was ARC, which morphed into DISC which then became DiSC....no matter what the acronym, Davis voters clearly said NO again. Is our current city council listening?

I agree with Nancy and Roberta: it's time to vote in a city council that WILL listen.

Greenwald has replied to comments here on the Vanguard: "I guess one question is – what does it mean to listen? People voted against a project in 2020 narrowly, they came back with a smaller project, they voted no again. So did they not listen the first time?"

By Greenwald's own "reporting," the reason that the project was half the size it was is that the owner of the northern 100 acres no longer wanted to be part of it. The stated reason for putting the project on the ballot again was that students were not in town last time because of the pandemic and that otherwise DISC would have passed. Well, the students were here this time and surprise surprise, they did not turn out in droves in favor of it. Meanwhile, there were no real changes to the design of the project. In fact -- and some may not be aware of this -- the developer actually tried to REMOVE many features from the baseline features (including the bike crossing, but there were many others), saying that voters were confused because of all of the features. Yeah, right. They got called out the Planning Commission meeting by myself and others and added the baseline features back in.

So, no. They did not listen the first time. They did no outreach to find out what people wanted. They changed nothing about the design, except an attempt to remove features. Some of this was because they didn't want to have to do a new EIR.

I ask again -- having gotten a resounding "no" -- with a lack of student and non-student enthusiasm -- will they listen this time? Is it so hard to believe that Davisites simply do not find the case compelling for this sort of project in this location? Yes, their lawsuit certainly had an effect, but one of the effects was to make Davisites lose trust in this developer, something exacerbated by their misleading advertising. The developer will have to work to rebuild that trust, but maybe the problem is just with the project, period.

Roberta: "The developer will have to work to rebuild that trust, but maybe the problem is just with the project, period."

I suspect that trust would be in short-supply in any subsequent campaign, as well. For that matter, trust is also in question regarding the current council.

In my opinion, the problem is the location itself. It's beyond a logical boundary for the city's growth.

Let them build INSIDE of the Mace curve - plenty of land there, and already adjacent to a brand-new commercial center (housing Nugget's new headquarters, among other businesses).

Maybe the fact that students were ending the quarter with papers due and finals and also graduation was a factor. I choose to think, however, that the students are much wiser than we give them credit...that is: they understood that the housing was a false promise - they can't afford market rate anything and very little really affordable for them at DiSC; AND they really ARE concerned and maybe terrified of the coming climate catastrophe and look at some of the adults around them, developers, investors and City Council members, who didn't seem to GET IT when it came to traffic and GHGs.

A “sea of purple” No votes, across the entire city: