Welcome to Al's Corner - "Pouring Gasoline on the Dumpster Fire of Davis Politics" - Volume #3
Ramco Enterprises spends over $600,000 to date on Yes on H campaign 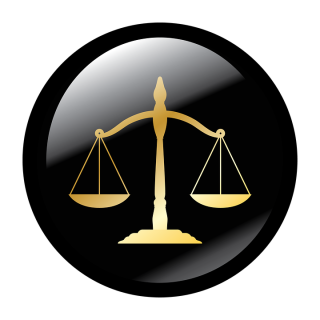 (From press release) In a 16-page opinion, Superior Court Judge Daniel Maguire found that Davis Councilmember Dan Carson, the honorary chairman of the Yes on H campaign, failed to prove the majority of claims he made in a lawsuit targeting the six Davis residents who signed and submitted the No on H ballot argument. The named defendants were the five No on Measure H ballot statement signers (Roberta Millstein, Juliette Beck, Michael Corbett, Stephen Wheeler, and Darell Dickey) and the No on Measure H Principal Officer and ballot statement co-author (Alan Pryor).

This is the first time in Davis that an elected city official led a developer's campaign seeking to annex farmland into the city for a subdivision. The act of bringing this lawsuit was previously condemned in a statement made by six former Davis mayors.

Those ballot-signers "achieved the greater share of success" in the lawsuit and should have most of their legal fees paid for by Carson, Judge Maguire wrote.

The No on H campaign’s defense of their ballot arguments in the face of Carson’s challenge both protected No on H’s right to free speech and the public interest in receiving the No on H argument against the DiSC development. Judge Maguire states in his order, “Our society has a deep commitment to free speech, especially in political matters, and by defending their right to make their argument in their words, the Real Parties in Interest have also enforced an important right affecting the public interest.”

"We thank Judge Maguire for his thoughtful consideration of the issues and are heartened that our grass roots campaign was vindicated and prevailed over deep-pocketed developers and politicians who tried to intimidate Davis residents with meritless litigation," said Alan Pryor, chair of the No on H campaign.

Measure H asks voters to approve the so-called Davis Innovation and Sustainability Campus, an industrial park complex on the east side of Davis that would generate an additional 12,000 car trips a day on already-congested Mace Boulevard and strain the city's housing supply.

Unhappy with the No on H campaign's criticisms of the project's many flaws in its ballot argument, Carson, with financing from DiSC developer Dan Ramos, sued the ballot-signers in an attempt to force wholesale changes and deletions from their statement. But Maguire ultimately deleted just one word and converted a "troy pound" measurement for greenhouse gases into metric tons.

Despite his loss, Carson asked Judge Maguire to make the No on H campaign pay his attorney $76,358. On Wednesday, the judge instead ordered Carson to pay a large portion of No on H's legal fees.

"I'm relieved that the judge agreed overwhelmingly with our arguments," said Roberta Millstein, one of the ballot-signers who was sued by Carson. "But there's not much reason to celebrate. This lawsuit never should have happened. Davis residents shouldn't be reluctant to speak out for fear that an elected city official might sue them."

Juliette Beck, another ballot-signer who was sued by Carson and a current candidate for Yolo County Supervisor added, “I hope Dan Carson’s heavy handed approach to selling this dinosaur of a project backfires at the polls on June 7. Voters are tired of these shenanigans and the corrosive influence of big development dollars on our democracy.”

Notably, the judge could have ordered a much higher award against Carson, had it been proven that Dan Ramos funded Carson’s lawsuit. The judge did not find Ramos’s statements before the City Council that he funded the litigation to be conclusive. The judge instead noted campaign finance reports would have been conclusive but were not submitted. These reports demonstrate that DiSC developers Ramco and Buzz Oats funded the lawsuit in full.

Ballots for next week's primary election must be returned or postmarked by June 7. Measure H is the last item on the ballot.

Good for the No on H team. I hope voters keep the stench of that lawsuit in mind when they cast their vote.

The judge in his summary declared who the real winner was though many tried to spin it.

Well it looks like the Davisite scooped the Vanguard and beat them to this story.

Hooray for the Davisite. I remember when you couldn’t even mention the Davisite on the Vanguard.

Well half a loaf is better than none, I suppose. Despite the ruling, if my calculations are right, the No on H ballot signers are going to have to come up with $30K in legal fees. Moreover, the developer will pay Carson's legal fees. And, realistically, there is little chance that Carson wil lose his seat on the CC this Nov., alas.

The consolaation is that, hopefully, Carson's actions will have played a major role is Hs defest.

Congratulations to the NO on H ballot signers and thanks to Judge Maguire for such a thorough analysis of the case. Now, let's hope that the still-undecided voters will be able to read the excellent report above by Davisite2 and see the light to vote NO on Measure H.

This is a huge relief; and thanks are owing to the No on H grassroots campaign for enduring this threat of financial oppression simply for speaking out about yet another poorly envisioned development project. Juliette Beck has the right idea about how we should be moving forward with community development plans- her voice should not he muzzled in any way or by any means…..

Measure H is complicated and has strong arguments pro and con, but the behavior of Carson, Oats, and Ramos is, in my opinion, the strongest argument against H. This heavy handed attempt to silence and punish the other side cannot be tolerated in a democracy.

"Hooray for the Davisite. I remember when you couldn’t even mention the Davisite on the Vanguard."

"And, realistically, there is little chance that Carson wil lose his seat on the CC this Nov., alas."

Not if I have any say in the matter. Absolute transgression and misuse of power and poster child of poor judgement. Not behavior to tolerate, forgive or allow.

Buzz Oates has built many warehouses in Vacaville near Hwy 505, in Fairfield, and Patterson, Ca. The industrial warehouse look seems out of character for Davis. The industrial warehouses off Hwy 505 are massive and are leased to any business in any sector. The Amazon Center in Vacaville and the industrial buildings do bring in additional revenue for Vacaville, yet there are still insufficient parks and our parks need improvements. Although Buzz Oates has not offered a Sports park in Vacaville, Vacaville did consider a Sports field a few years ago, but the financial projections were not convincing enough to show it can operate at a profit year after year. So the Sports field is off the table for now. Schools were also mentioned in Measure H as a beneficiary. But Schools are required to be paid development impact fees by law from new development, and these fees generally do not produce a meaningful amount of revenue for schools to fund any impacts created by new construction. In fact, Vacaville Unified is seeking a second bond measure in November. Has Buzz Oates voluntarily offered a similar project plan described in Measure H in any other Community? If not, why?