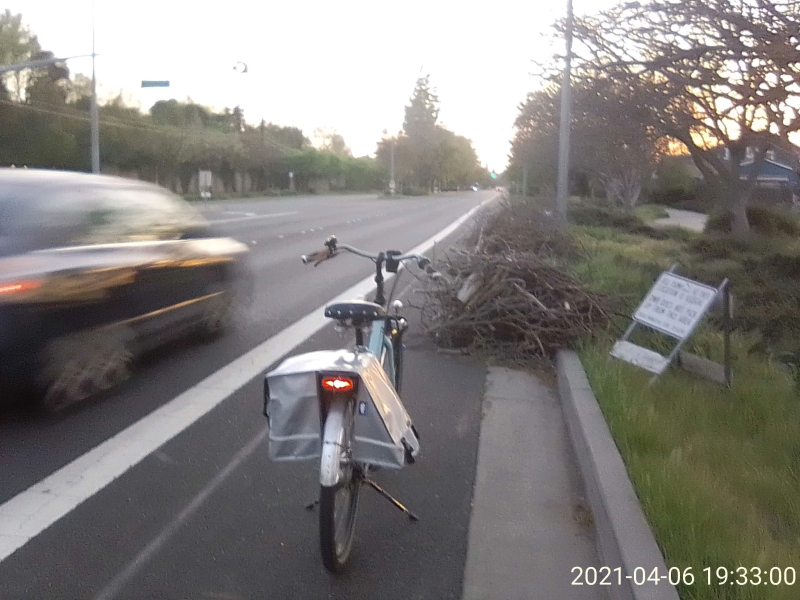 An earlier illegal dump of yard waste on East Covell. Imagine being on a bike at this location...

So that was fun. I was working and came across a huge mother f****** pile of yard waste in the bike lane on westbound Arlington in front of Harding Terrace. This is, of course, strictly illegal. I went to three of the homes here and one guy was nice the other two said they didn't know anything about it.

No surprises so far.

I called the Davis Police Dept non-emergency line and they said they can't do anything about it until the morning and I could be connected to code enforcement or whatever. The lack of surprises continue.

I asked what if it was yard waste blocking a traffic lane they said no they wouldn't come until tomorrow morning because it doesn't constitute an emergency.

The lack of surprises continue.

Then I asked t if it was a tree branch that fell into the traffic lane or the bike lane. They said that would be an emergency and they would have to dispatch a crew to deal with it immediately.

So in other words... if you want to block a traffic lane or a bike lane, be sure to use the right part of a tree!!

* Pretty much the only time I contact the police or CHP is when there's a potential of traffic violence, such as assault using intentionally-placed yard waste in bike lanes. Part Two: There is no "Holiday Tree" in Davis.

I am Jewish. Christmas is a fine and a lovely tradition. I am happy to celebrate it with friends who do.

There is no "Holiday Tree" in Davis. It's a Christmas Tree.

All the activities at the City's "Candlelight Parade and Tree Lighting Ceremony" refer to Christmas or the northern Winter.

Why is it called a "Holiday Tree"? It's because some years back various parties sued various entities across the country to remove mentions of "Christmas" in government activities.

I am fine with the City co-organizing and co-sponsoring this, because most people in the City celebrate Christmas in one form or another. It's certainly a vital issue that a truly enlightened city council should address if other holidays that residents celebrate are not observed in equal proportion in terms of e.g. staff time and finances, all year round. While I am not sure if there's an e.g. Kwaanza or Hanukkah song etc in the choir program, it would just be tokenism. (These are just examples -- there are other holidays around this time celebrated by many in the region, including the Eastern Xmas in early January).

Calling the Christmas Tree a "Holiday Tree" is like referring to the Hanukkiah (the eight-candle menorah used for Hanukkah) as a "Holiday Candlebra" or Dia de los Muertos as "Mexican Halloween". It's a well-intentioned but very sloppy bit of false-inclusivity. As such, and because we're paying for part of it, it's a lie. Because is it's a lie about cultural and sometimes religious traditions, it's discriminatory. It has no place in any city, especially one whose leaders wave the flag of equity every chance they get. Keep the Christmas Tree, but please start calling it that. (There's an obvious argument some could make that "Holiday" refers also to New Year's, but the transition period from December 31st to January 1st is only the Gregorian New Year -- again, representative of a large proportion of the population, but far from nearly everyone).

The above repeated and Next Door discussion in this Google Doc copy. (For Next Door users from certain neighborhoods in Davis, here is a direct link) 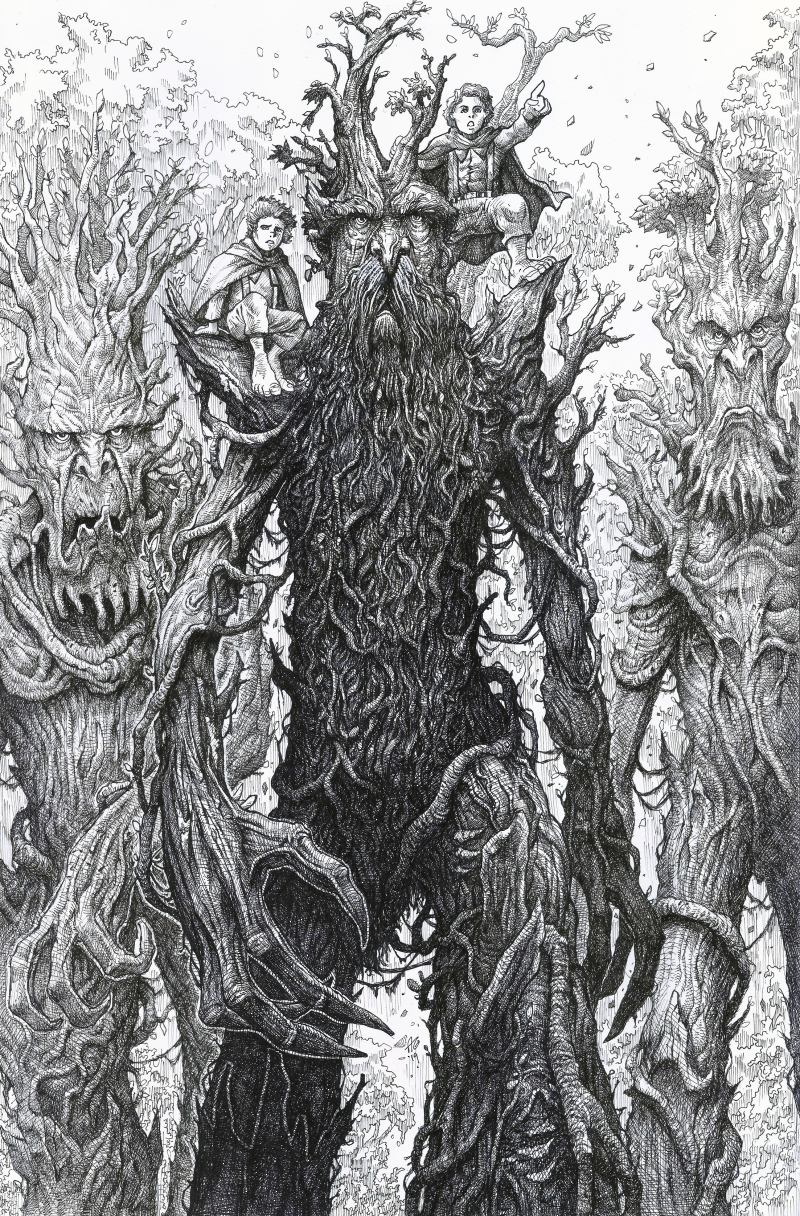 You hit on two things that drive me crazy about this town.

First, why does the city turn a blind eye to all the illegal dumping on public right of way? I’ve been in the same situation where I’ve called in a huge pile of debris blocking the entire bicycle lane and nothing is done. A few weeks ago I saw a city contractor cleaning up small branches after hours, just feet from a yard debris pile. The debris pile was blocking the path more than the branches!

As for the tree. I’m irritated on another level. The city cuts down a healthy tree from a park every year. This year is no different. Yesterday the tree arrived in E Street Plaza having been cut down at Arroyo Park. This city needs a healthy tree canopy and can’t keep up with tree care as it is now. Why would they cut down a healthy Redwood? It looked like there was a large tree crew (8 people?) from West Coast Arborists and at least three of their large trucks, plus another 10 or so city employees there to decorate the tree.

I talked to an employee during the setup of the murdered tree. They seemed to be proud of the fact that the tree came from a city park and was erected in a dedicated hole in the plaza.

I’d like to know how much this tradition costs the city, and know what programs are negatively impacted because they spend so much effort to place a dead tree in a plaza for a month.

Todd, your best column ever. Both of them.

BTW, what happened to the other comment about the City harvesting a redwood tree from a park for its holiday tree? Is that for reals?

In case people miss the forest for the trees in the linked NextDoor discussion for Part 2, my provisional compromise is: "YES, call it the 'Tannenbaum'! (Earlier, someone mentioned 'Yule'- something or other.) 'Tannenbaum' refers to a song but really it's just the German word for 'fir tree'. I would be fine with this, I think. Ironically, or something, it is also a Jewish surname. Thank you! Everyone, welcome the 'Tannenbaum' to Davis."

Thanks, Ed. I would hope that the community would support a rotating Tannenbaum Festival, in other words an event that includes the decoration of an appropriate large living tree in a different neighborhood, street and/or park every year.