Meet the Candidates, Pro/Con statements on Ballot Measures, from Davis Media Access
The real costs of Nishi for taxpayers; misleading overstatements on ballot arguments in favor of Nishi

Money to sell Nishi 2.0 to voters, but no money for air quality testing for Nishi residents 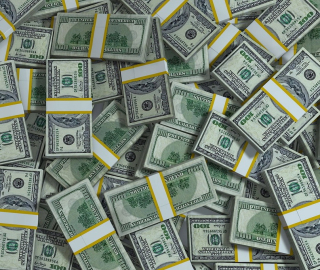 By Gilbert Coville and Roberta Millstein

Davis residents have now received a second glossy multi-page mailer in support of the Nishi 2.0 project. Most likely, there will be more to come. How do proponents of Nishi spend their money? What are their priorities?

In local elections in California, campaign finance reports are filed with the local municipality. Here in Davis, these forms are viewable on the eCampaign Public Access system accessed from the City of Davis website’s Financial Disclosures page.

When trying to influence an election, corporations are required to report any related expenses as independent expenditures.

It’s amazing that in a span of just under 4 weeks, they have poured over $60K to market their project and influence an election. Compare this to the $30K to perform conclusive air quality testing on the site. Over three years ago, Dr. Tom Cahill, Professor Physics/Atmospheric Sciences, UC Davis and founder of the DELTA Group (Detection and Evaluation of Long-range Transport of Aerosols, recommended that this testing be performed for Nishi 1.0, and he reiterated that recommendation to the developer before Nishi 2.0 went to the City Council. But the developer (and the City Council) chose to ignore that recommendation, a recommendation that was echoed by many Davis citizens (including the authors of this piece).

In other words, with six more weeks to go before election day, the developer has already spent twice the amount of money on buying the election than it would have taken to do air quality testing.

This is the same developer who insisted that they couldn’t possibly provide more than 15% affordable housing because they were “right on the line” on money. But developers don’t spend this much money on a campaign unless they expect to make piles of money from the project.

Just after we wrote this article, the developers filed another Independent Expenditure report for about 17k. This brings their reported total to: $80810.86.

Line items are for online ads, 11k for another Mailing, and now 5k for lawn signs.

5k buys a LOT of lawn signs, so the town will soon be covered in them.

Is "Affiliated Entities" odd in any way? In a conventional sense it seems quite intentionally vague.

Todd, I'm not sure what it refers to. But that is the full name: "Davis Gateway Student Housing LLC & Affiliated Entities"

Davis Gateway Student Housing LLC & Affiliated Entities filed a report yesterday. This one lists ANOTHER 30k in "Field Expenses". It brings their reported total to: $112761.61

The big expense this week was 31k on a Mailer.

An interesting thing to note is that during the deliberations at the Feb 6 City Council meeting where the council decided to put Nishi 2.0 on the ballot, Council member Will Arnold specifically asked whether the affordable housing program could be increased to 9% very low and 6% extremely low (bringing the total affordable housing to 15% which is the guideline that the City Council had ratified just a few hours earlier). Will calculated that this 9/6 split would increase the annual cost to the Nishi operators about $101k per year.

John Whitcombe (representing the developers) replied that this was not possible, stating that "We are right on the line," and "100 thousand a year is a lot of money," and "We just don't have the money."

When you're slinging around nearly 150k in an election, these statements just ring false.

This situation is shameful! Not paying for the air quality testing is wrong in so many ways. Do the developers have a "reserve" or insurance policy for future lawsuits for damage to health caused by living in this development?

Is there no end to the money they can throw at this thing?

I believe I have now received 6 separate mailings about Yes-on-J. Most of them 4-page pieces.

... and now there's another filing.

The most recent expenditures are 31k for "Field Expenses", 2k for "Voter Contact", 15k for another Mailer. And 5k for a print ad. That's gonna be some ad. Perhaps a full-page in the Sunday paper.

Yes, folks. That's one quarter of a million dollars.