Questions About Student Housing and Nishi 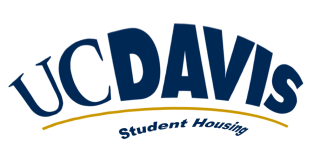 Some excellent questions where posted about the Nishi project and I wanted to share the answers here (with permission of the questioner).

Q> Why is nobody talking about how UC Davis has increased their student population without making sure that there is housing built for students, and how that contributes to the housing crisis in Davis?

A> You're exactly right. A few years ago the University launched the 2020 initiative that brought in 5,000 additional students to campus without planning for housing or other facilities. This has absolutely contributed to the Davis housing crunch. City leaders did nothing at the time to push the University to build more housing. Some even cheered that it would lower the vacancy rate, these same leaders now support the Nishi project. For example:

Swanson said she believes the addition of 5,000 new undergraduates and 300 new faculty will have a positive effect.

“In the last few years, we have seen an increased vacancy rate for housing within the city, it has been a real hit,” Swanson said. “As the economy has fallen, some people have had to choose to leave school. With diminishing family resources and grant resources, where you used to see two people in a two-bedroom apartment, now you see four people.”

As a result of the higher-than-usual vacancy rate for student rentals, and the new on-campus housing that is coming on line, Swanson predicted there will be enough room for the additional students.

“The seeds are already there,” she said.

Q> Shouldn't it be the University's responsibility to make sure there is adequate housing for students if they increase their enrollment, or at least be an equal partner in providing housing?

A> Myself and others think so. There was an interesting article in the Davis Enterprise this weekend that in part addressed this. Planning Commissioner Rowe is quoted extensively on the Universities failings.

“In 2016, our City Council adopted a resolution asking UCD to house no less than 50 percent of the students on campus and to work with the regents to reduce enrollment growth if that couldn’t happen. And UCD thus far has not responded in any meaningful way, where the city has.

“Since last spring,” Rowe said, “this planning commission and the City Council have approved three large student-housing projects comprising 990 units and 3,448 beds. So the city’s doing its part. Davis Live will add another 71 units and 440 beds.

“One of the concerns I have … is we keep having these projects coming to us without any guidance at all from the City Council. They have not indicated whether they think more and more of these large student-oriented projects are really such a good thing. Next month … we’re going to be looking at another one: Plaza 2555, which is going to propose another 200 units and another 689 beds strictly for students, which will bring the total that this city approved in the last year to 1,261 units, 4,424 beds in new, large student-oriented developments.”

However, Rowe said, “nowhere has there been a cumulative impact study of what that will do to the city.”

Q> What kind of precedent gets set if the City of Davis takes on the responsibility of building new housing for students as UC Davis increases enrollment without a mutual effort by the University?

A> Davis approved 2 very large student oriented housing projects in the last year that exclude families and working people by the way they are designed. the apartments are mostly large 4 and 5 bedroom units that rent by the bed. That model just does not work well for couples or people with children. it is entirely targeted at students. there are 2 other student oriented projects in the works that will likely be approved in the coming months as well. Davis will be building many more student apartments even if Nishi is not built.

Q>  What's to prevent the University from continuing to increasing enrollment again if Nishi gets built?

A> Nothing, and worse. it is possible the University could fail to build the housing they are projecting in the current Long range Development Plan. There is an excellent article about this that you can read here. http://www.davisite.org/2018/05/ucd-can-and-needs-to-provide-far-more-on-campus-housing.html

Q>  I'm undecided, but the whole thing unfortunately seems to be a hostage situation, with students and low-income families being the ones held hostage by greedy property developers and landlords, UC Regents, and NIMBYism.

A> I agree mostly, but object to the NIMBYism idea. Nishi is really not in anyone's back yard. NIMBY is a term that is widely used by people favoring growth in an attempt to discredit others who have real concers about a project. It is part of a very hostile political culture that is developing in Davis that fundamentally disrespect individuals right to participate in City planning.

Q - And I'm no hostage negotiator and I'm likely lacking some important info here about City of Davis and UC Davis agreements (please enlighten me if you know), but I'm pretty sure this is not how you get an equal partner out of UC Davis when it comes to providing housing for students and easing the housing pressure.

A> There is a Memorandum of understanding between the City and the University that was signed in the 80's that should have required the university to build far more housing than it has. The University has literally broken its agreement with the City on student housing. in my onion we need Council members who are willing to hold the Universities feet to the fire to get better deals for the City. There are only a couple of candidates in my opinion that have shown a desire to do so.

CLEARLY, the City of Davis/people who live here are doing MORE than their share to help out with the housing situation in Davis. I see no reason to vote to stick students in an "environmental ghetto" on the highway fronting NISHI property when so much housing is already approved and in the pipeline.

Time for UCD to step up and make the next move to build a significant amount of ON CAMPUS housing that offers both a healthier physical environment for students and 9 month leases in dorms that will help the student/family budgets. NISHI is 12 month leases only........ when the vast majority of students need 9 month leases. What a rip off!