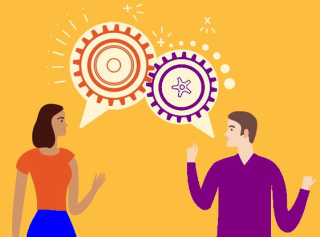 Three days ago, Alan Pryor revealed on the Davisite that David Taormino was refusing to participate in two public forums on the West Davis Active Adult Community (WDAAC), apparently because he particularly objected to debating Alan.  But maybe some Davisites don’t see why this is a problem.  After all, are developers obligated to participate in a public forum?

Yes, they are.  And they shouldn’t be able to select who their debating opponents are.

With Measure L, on the other hand, we have developers who are asking something from the City.  They are asking to use a precious community resource, “undeveloped” land, for a housing project.  That project might bring benefits, but it might also bring harms, including question of whether this is the best use for the land.  In this case, voters deserve to have as complete a picture as possible of the pros and cons of the project.  That means that the developers should not be able to bow out of a public forum.  It’s not just the developers who are potentially hurt by not debating; it’s all of us.  (You can also see it as a missed opportunity for developers to show people what benefits they’d be missing by not approving the project).

Now, maybe some don’t think that a public forum is the best way to gain information about the pros and cons of a project.  It’s certainly true that different people like to get their information in different ways, and so others will prefer op-eds, glossy brochures, presentations from one side, etc.  I’m all for a diversity of information sources.  But the particular things that a forum allows for (depending on format, of course) is to see how each side is directly responding to the claims of the other side – or, to see that they are not responding at all (i.e., dodging), which is sometimes even more informative.

With all the other formats, it’s all too easy for questions to go unanswered.  I trust that CivEnergy and Rancho Yolo would ask the hard questions that get at the core disagreements between the two sides, and not just be a repetition of talking points that can be found elsewhere.  That is the true value of a well-run public forum.

Now, maybe some think that public forums are a good idea, but that developers have the right to choose who they will debate.  But think about that for a moment.  Suppose, for example, a proposed debater is the most knowledgeable person about the project and has some knock-down “killer” arguments on their side.  Is it OK for the developer to refuse to debate because of that reason?  I hope it’s clear that the answer is “no” – that such a refusal would not serve the public good, but only the good of the developer.  So, is Alan Pryor such a person, and are the developers truly scared of debating him for that reason?  I truly don’t know, but I know that any reason that is given (purported lack of civility or whatever) could always just be a smokescreen for the real reason.

The developers should not be allowed to dictate who they debate with.

Final note: Jason Taormino (son of David Taormino) contacted me on Wednesday, asking me how he could post something to the Davisite.  I told him that he need only send me what he would like posted, but I have yet to hear from him.  That offer still stands.