Davis Amtrak Survey?
A Tour of The Sustainable Living and Learning Communities 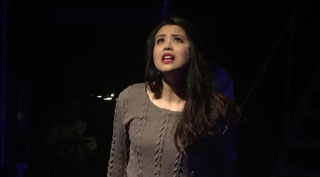 Aimee Rose Santone will be playing Mimi in Davis Musical Theatre Company’s production of Jontathan Larson’s rock musical RENT, running June 14 through July 7. This will be her third featured role at DMTC; she debuted with the role of Esmeralda in Hunchback of Notre Dame in January, and just finished playing Gladys in Pajama Game. Ms. Santone took a few moments before rehearsal to duck into the hall outside the theater (located at 607 Pena Drive in Davis) and talk about her latest role.

Mimi is the youngest principal role in RENT. Though the character is only 19, Mimi has already had it pretty rough in her life, has a drug addiction, and is living with AIDS. Aimee shared “Despite having a hard life, she brings a positive attitude.  She lives each day in the moment, like it is her last.”

Mimi’s main love interest, Roger, is a musician who is trying to write one more big song, and is also living with AIDS, like a lot of characters in the show.  He is recovering from the suicide of his girlfriend, and is six months clean from addiction. According to Ms. Santone, “They find something in each other that they can’t keep apart, and when they find that they have the same disease, the whole dynamic changes. They have more in common than they initially thought.”

Aimee continued, connecting this role the previous roles she has played. “There are so many layers to Mimi. I am approaching her in a similar way to the role of Esmeralda. She has to have a backstory to portray her with so many sides -- an aggressive side, a soft side -- she is a well-rounded character. With [Gladys in ] Pajama Game, it was more on the surface -- it didn’t go as deep.

“All three characters -- Esmeralda, Gladys, and Mimi, are the ‘pretty girl.’ At this point, I feel more comfortable with being ‘sexier,’ down and dirty. While Hunchback of Notre Dame was a Disney production, and Pajama Game was family friendly, this is much more adult.”

This is the second time that Aimee has played the role of Mimi. “The first time I played the role, three years ago, I was only one year older than she is. With all that she has experienced, I think that I was a little naive at the time. The people in that cast were mostly in their 30s, and they really helped me understand what was going on, and why people relate so much to this show.

People who have friends that have suffered from AIDS, people in the LGBTQ community who have been mistreated or shut out. They could relate. That is true with this cast as well; they have gone through some of the same things.”

Aimee’s enthusiasm for the role comes through in her smile. “I’m excited to revisit the character with new eyes.  I feel wiser now, and know how much the story means to people, and the impact that it has.”

Rent will be playing at the Davis Musical Theater Company June 14 through July 7, 2019 at the Jean Henderson Performing Arts Center, 607 Pena Drive, Davis.

Tickets are available at https://dmtc.org/ 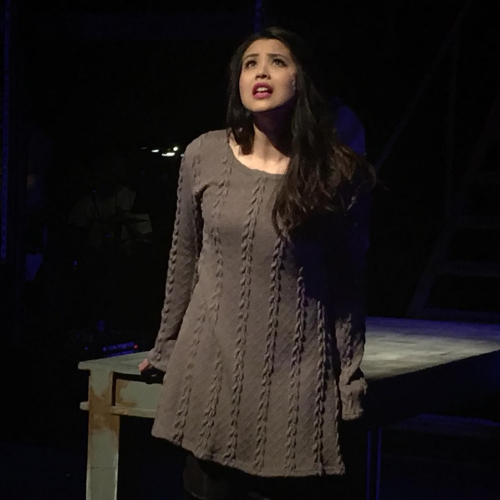 Rachel (Hoover) Rycerz grew up on stage in Davis, performing in 30 shows before heading to Berkeley to major in English. She returned to the stage in Davis this past November as Miss Hannigan in "Annie."  This July, she will be playing Hannah Pitt in Angels in America at Roseville Theater Arts Academy.